‘I have graduate degrees in political philosophy and the “great books.” As an undergraduate, I studied, English, history and philosophy.’ 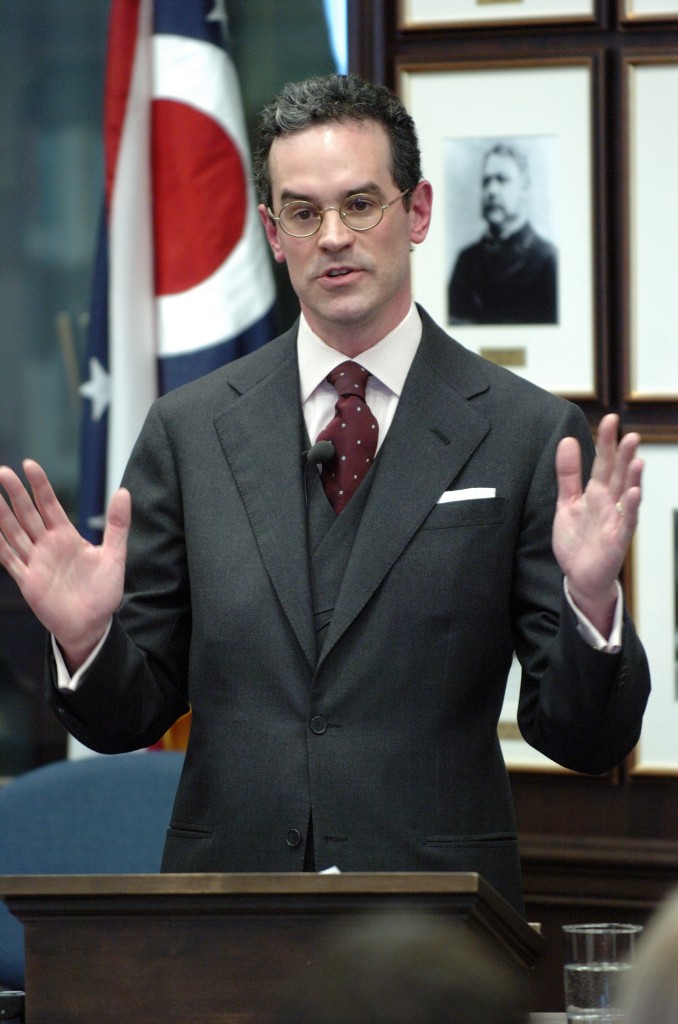 ‘They don’t care except to the extent that it costs money from the family treasury. My daughter will often say that I look “nice” but she says that about a lot of things and does not appear to be all that discriminating. She does enjoy looking at swatches.’

How about your family members?

‘They don’t care either and to the extent that they do they think is a mildly silly hobby.’

How did you first become interested in clothes, and when did you turn your eyes towards classic clothing?

‘I can’t remember exactly what triggered it but it happened in high school. My father is an attorney and always got custom clothes. He got a real bug for Hermès ties and I caught that bug too. Wall Street came out when I was a freshman in college and that had a big impact on me.’

How have you gathered your knowledge of clothing — from websites, books or somewhere else?

‘All of the above. The web came much later, though. Flusser’s book Clothes and the Man was a huge influence on me, as were issues of Apparel Arts from the 1930s. My local public library had (and still has) four issues of these, which I more or less memorized back in the day. I have also made it a point to visit every famous and not-so-famous clothing store wherever I travel and I have even taken a number of trips whose purpose was more or less to shop. London is a frequent destination and I have been going there for almost 30 years now. I also like to talk to tailors, shoemakers, cloth weavers, etc., and find that most of them are very generous with their advice, stories, lore, and opinions.’

How would you describe your personal style?

‘Conservative Business Dress. I wear a suit five days a week, mostly single-breasted, mostly solids, with some that are a bit more out there. Ties are pretty conservative, shirts mostly blue, white, cream, pink, solid or Bengal striped. For casual jacket and tie, button downs and khakis or flannels. My odd jacket ensembles are a bit like how I dressed (or was dressed) for formal occasions as a child, what the Internet would call “trad” or “preppy,” but I don’t like Sack cut coats or flat front pants. I also no longer wear blazers with brass buttons.’ 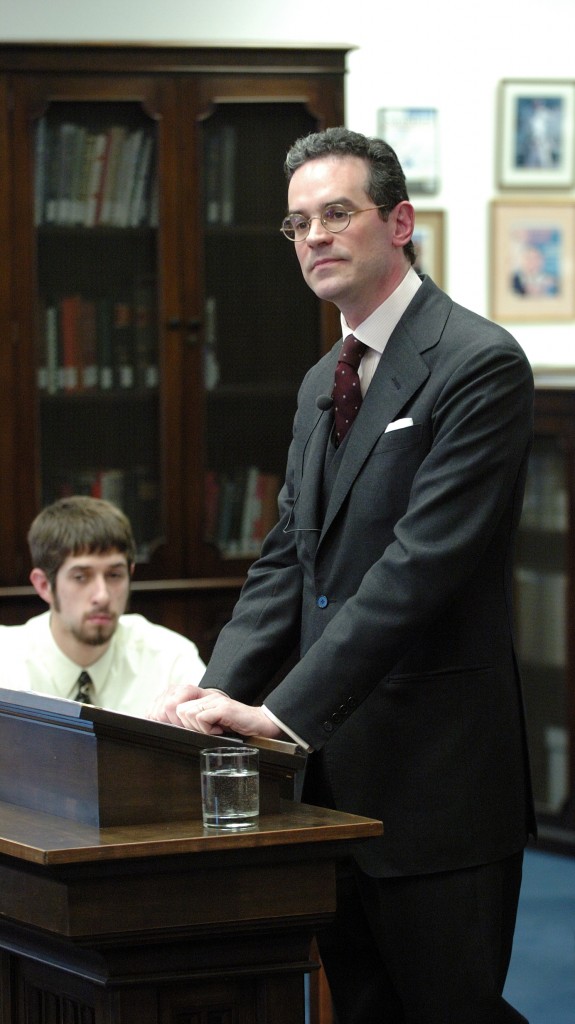 Which tailors/RTW stores do you frequent?

‘I use Luigi Solito from Naples a lot and I also have an English tailor who cuts clothes in the Anderson&Sheppard style. I tend to prefer the Naples SB and the London DB, though DB constitutes well under 20% of my closet. Over the years I have used a lot of tailors and have not been all that loyal, to be honest, but these days I am sticking with those two. For shoes, I have a variety but lately I have just been buying Vass (to the extent that I buy shoes at all any more). Ties are also from everywhere but the vast majority I have bought recently are from Cappelli in Naples. All my shirts come from Geneva Custom Shirts in New York. Other than that, I stop into the major New York retailers from time to time and go to nice shops whenever I travel.’

Please tell us about your goals in writing ‘The Suit’.

‘I had two goals. One was to write a book that is more detailed than all the other clothing books out there, that really goes into the arcana in a new and fundamentally more thorough way. The second was to write a parody/pastiche of Machiavelli that uses as many of his literary devices as I could master and included and that makes some philosophical points under the cover of a clothing book. What I found from my years of studying this and talking to tailors, observing the well dressed, and talking to those (few) really well-dressed men who will divulge their secrets is that there is a lot of lore that is not written down anywhere. I wanted to record as much of that as I could.

I also, over the course of years, developed a lot of opinions of my own that I wanted to convey. People who read the book carefully will be able to tell when I am conveying the former versus the latter. The indicators are not obvious but they are there. There are also, in the book, a lot of devices such as numerical patterns, misused or altered quotations, intentional contradictions, inapt examples, things like that, which if a careful reader were to puzzle through would find that certain opinions are conveyed only “between the lines.” Honestly, though, I don’t think anyone is ever going to bother. But it was fun to do.’

Has the book changed your life?

‘Not one iota. The book made money and continues to sell (in small numbers) but to call it “popular” would be a stretch.’

What other hobbies or passions do you have besides style?

Has your popularity among SF members brought about any interesting projects or such?

‘I’ve made a lot of friends on the forum, sold some books because of it, and had a lot of fun talking about my hobbies with other enthusiasts. I have a few times been approached about writing a magazine piece or giving a speech. But other than that, no.’

-Many of my readers are young or only recently decided to change their style towards a classic approach. What tips would you give to someone who has only recently become interested in classic style?

‘I would tell them, first, to get a copy of Flusser’s Clothes and the Man, study that carefully. You don’t have to do everything he says but that remains the best book on the fundamentals and it will probably never be surpassed. Second, I would watch old movies with the greatest dressers, above all Astaire and Grant. Very little of what they wore has dated at all and it will still translate today. Their style was so simple that it carries you almost anywhere. Third, resist the impulse to be a peacock, which is something that young people have to be restrained from doing. Fourth, buy quality to the extent you can afford it. Learn the value proposition for various types of garments. Don’t get sucked into overspending on trendy, designer or over-marketed names. There are value propositions at almost every price point; learn what they are. Fifth, beware of sales and “deals” and don’t end up buying stuff that’s heavily marked down just because it’s cheap. Ugly is ugly and stuff you fall out of love with in a year is expensive no matter how much you paid for it.’

~ Originally published in Finnish on the 1st of October 2011