Gentry magazine defies definitions. I have been lucky in bidding on and winning the first two issues, which are unlike anything else I’ve ever read. The very first tome features on its cover a sculpture by Polyclitus. No headlines, no celebrities, no superlatives. Just a black-beige printing with the magazine’s name, price and issue number. If this isn’t enough to set it apart, the second page displays a fabric swatch with an ad for Alfred of New York shirts made of Mallinson fabrics. The thumb-sized swatch is glued onto the paper, a strikingly yellow piece of shirting the likes of which are rare these days. I had read about the magazine online and found the pieces fascinating. After a bit of rummaging I’m ready to tell the tale of a peculiar publication.

This eclectic tome series had its inception on the winter of 1951, when the first issue arrived from print. The idea came from a mister William C. Segal, a self-made millionare and publisher who had made his fortune with American Fabrics magazine, and similar publications. At this time the American fabric industry was heading towards a new age with synthetics, guaranteeing durable, wrinkle- and carefree garments for the pleasure of all. Sixty years ago, irons, washing machines and shirtings were quite different from the fine examples we enjoy today. Ironing took longer, with worse results, and snatched time away from housewives. The posh households had servants for tasks such as this, but the arrival of synthetics was hailed with excitement. American Fabrics was crucial in connecting mills, factories and makers with each other and publishing the latest news in machines and fabrics. Segal was in the right place at the right time. Not content with this single creation, he set out to bring forth a vision of refinement, Gentry.

Gentry offered topics on fashion, art, Eastern philosophies, cooking, cocktails, fabrics, history, literature, classics, sports and eccentric guides. The first magazine advices the reader in building a genuine Finnish sauna — not that Segal trusted his subscribers to act on these etheric stories, the possibility and option alone sufficed. Loyal to fabrics he enjoyed, Segal’s issues always came with fabric swatches. The goal was to present the reader with a small sample of the advertized fabric, as colours, textures and weaves are best experiened with sensations. Gentry’s layout is a rare thing, even to a reader accustomed to 21st century magazines. Segal’s education and fascination with painting and art are evident: a page may consist of just a single Greek woodcut, left alone inside a patch of spacious white blank space. Another page is wholly printed with a picture of an islamic cat sculpture, overset with a glued leaflet containing Mohammed’s testament to his son-in-law. Some pages are printed on papers different from the regular one, keeping the reader in constant anticipation. One issue came with a small bag of oats, another with marjorie. Each spread is a wonder.

Gentry was priced at $2 per issue, when contemporary magazines cost 25 cents. The quarterly was an expensive purchase, but Segal was the owner and had free range to do what pleased him. It was targeted at affluent and educated men, eager to learn of style, different customs and cultures as well as all things considered artsy. Clearly a humanities-centered creation, Gentry aimed to educate, inform and inspire. The publication only lasted for six years, closing due to financial losses after just 22 issues in 1957. A collected book, The Gentry Man, has been published, but I urge the reader to go after the real things.  An exciting amalgam of style, humanities and ephemera, the magazine has become my favourite. Copies are rare, but can be found at reasonable prices online. Sixty years may have passed, but Gentry remains unsurpassed. 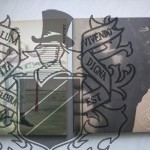 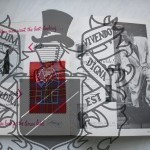 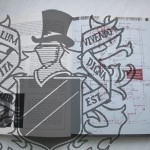 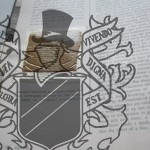 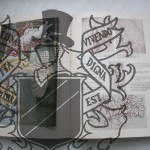 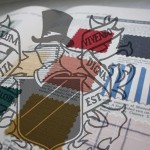 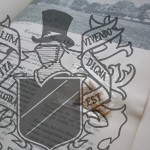 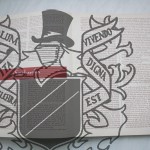