Heinrich Dinkelacker is a German shoe company with a different concept than most European makers. Many companies favour Goodyear-welting along with a benchmade production, but Dinkelacker is an artisanal maker. Each pair is hand-clicked, -sewn, -lasted, -welted, and -sewn on the company’s own set of 15 lasts and dozens of designs. The make, however, comes from Hungary and this explains the pricing. If the pairs were made in Germany, the prices would at least double. The company was founded in 1879 by the namesake, H.D., in the small German town of Sindelfingen, known at the time for its weaving industry. The gentle craft of making shoes continued there for more than a century, until the factory was moved to Budapest, Hungary, in 1960. Few German youths wanted to pursue shoemaking, so Dinkelacker had few recruits to replace the older cordwainers. Then again, the wage rates in Hungary surely helped in the transition.

In 2004, the family-owned company faced another transition: there was no heir to continue the business. Thus, three shoe hobbyists stepped in. Dr Wendelin Wiedeking, the former CEO of Porsche, Norbert Lehmann, a former Manager with IBM, and Anton Hunger, the former Head of PR at Porsche, took the reins. This phase continued to 2016, when the shoe retailer Shoepassion bought Dinkelacker’s operations. The production is still artisanal, with around two dozen cordwainers, and the workshop finishes some 25 pairs per day.

An example of this production is the lasting phase. Factory-made pairs spend a few hours, or less, on the lasts so that the leather adjusts to the contours of the last. At Dinkelacker, each pair takes the shape for several days. This puts less strain on the leather. Heinrich Dinkelacker uses uppers leathers from Horween, Weinheimer, Tanneries du Puy, Moretti, Russo di Asandrino, and sole leather from Rendenbach. A particular specialty is the braided Goyser-welt that the workshop uses on their burly leisure models. Dinkelacker finishes their pairs with inset steel toe guards and brass nails on the leather sole. The company offers a full repair service for their own goods. Few other companies still use triple leather soles, but Dinkelacker offers them on some of their models. Speaking of the models, most of the designs are extremely robust and heavy compared to Italian shoemakers.

The example pair below was sent over by Dinkelacker for Keikari’s anatomical series. This captoe oxford model is made on H.D.’s Luzern-last, which is among their dressier and contoured ones. The uppers are made from aniline calfskin and the pair is built with a double leather sole, with Dinkelacker’s signature toe guard and brass nails to protect it from wear. Starting from the last, which shall always be the first, I’d say the fit is surprisingly snug. 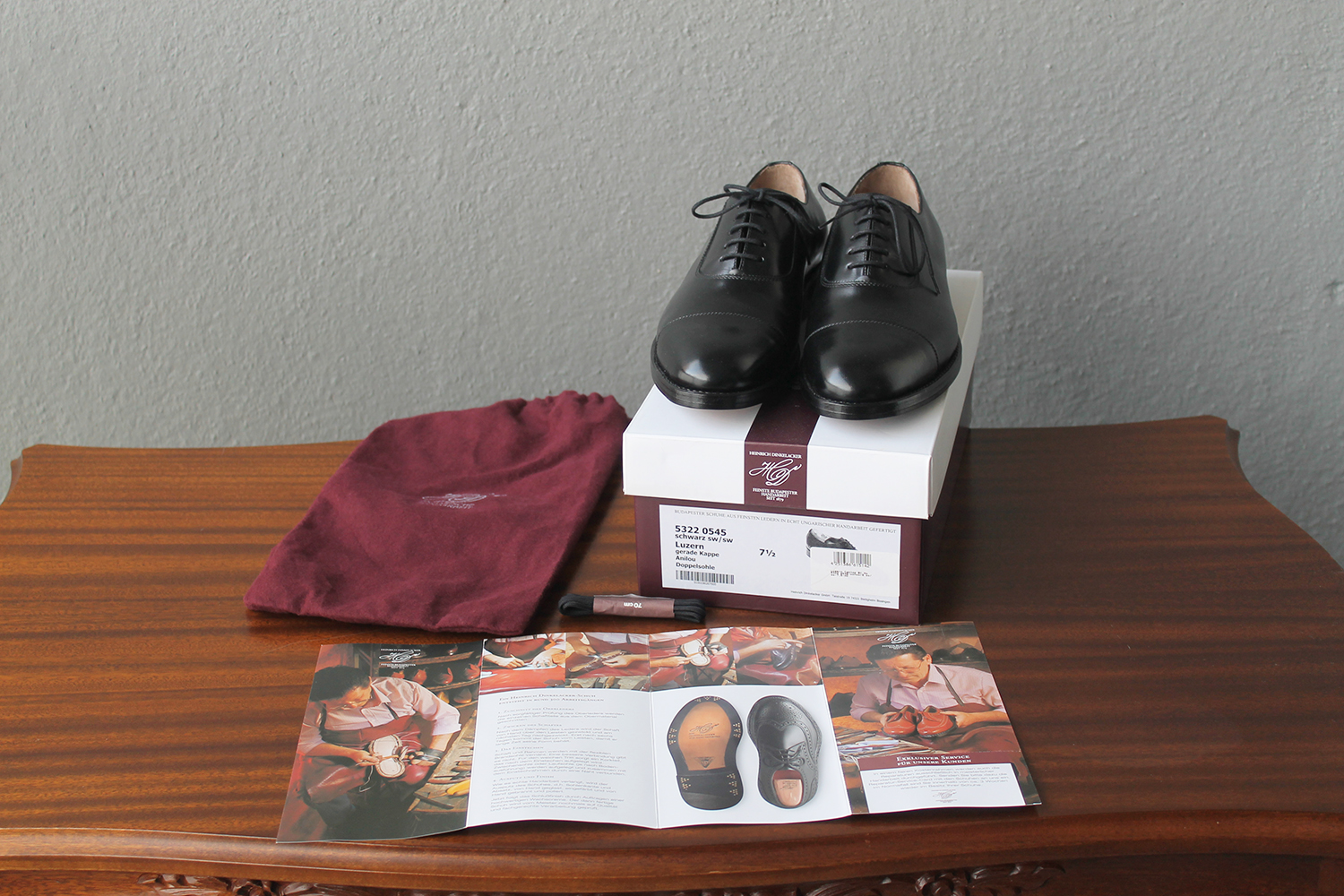 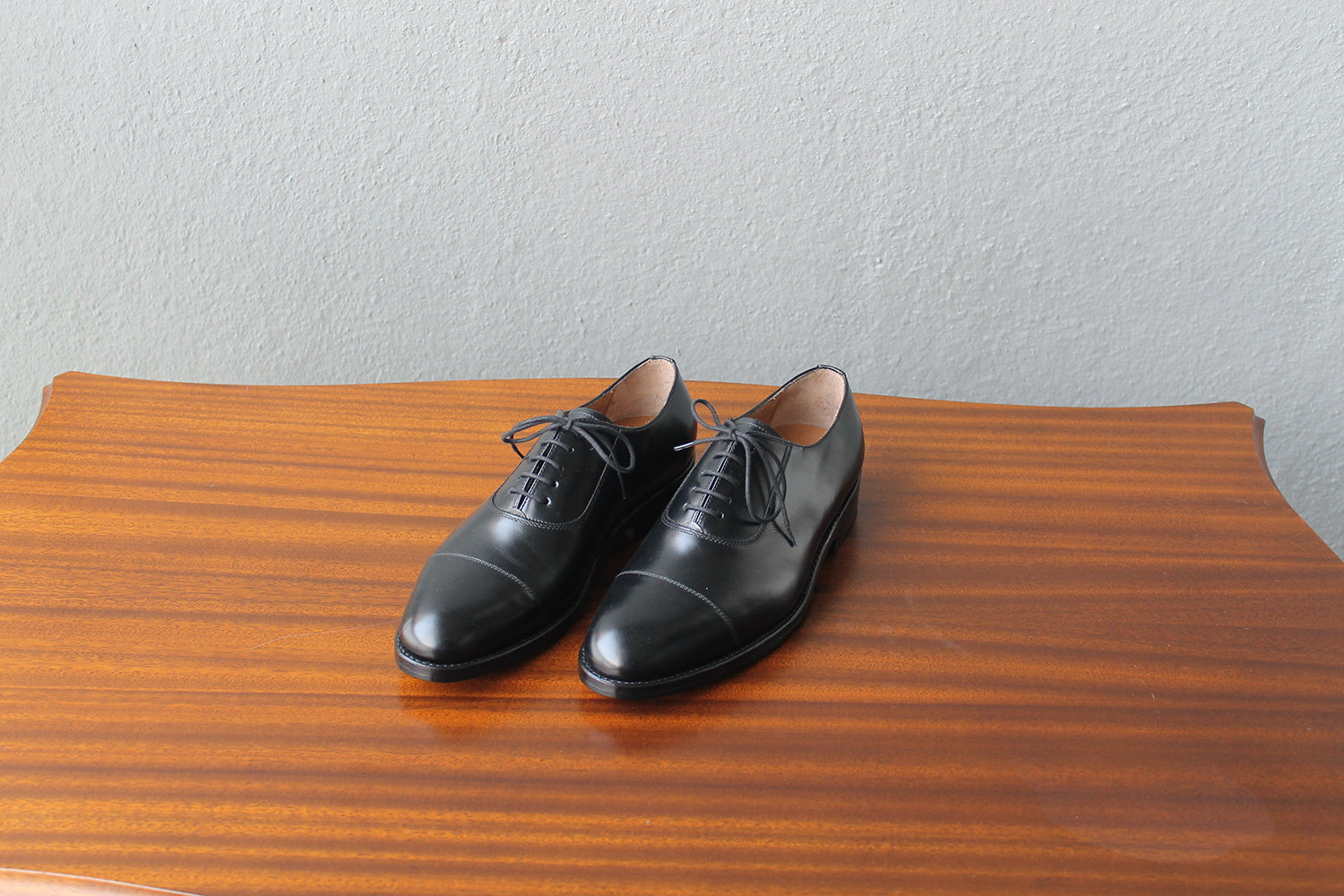 Most of Dinkelacker’s lasts are as burly as their designs, most suitable for wide and high feet. Luzern is definitely smarter by comparison, with an especially form-fitting heelcup. The oak bark leather sole is heavier than what most makers use on black oxfords, but the bonus side is durability. The upper stitching is straight and the width of the welt average. The heel disappears under the heel cleanly. The welt stitch is clean and as tight as most factory-sewn ones. 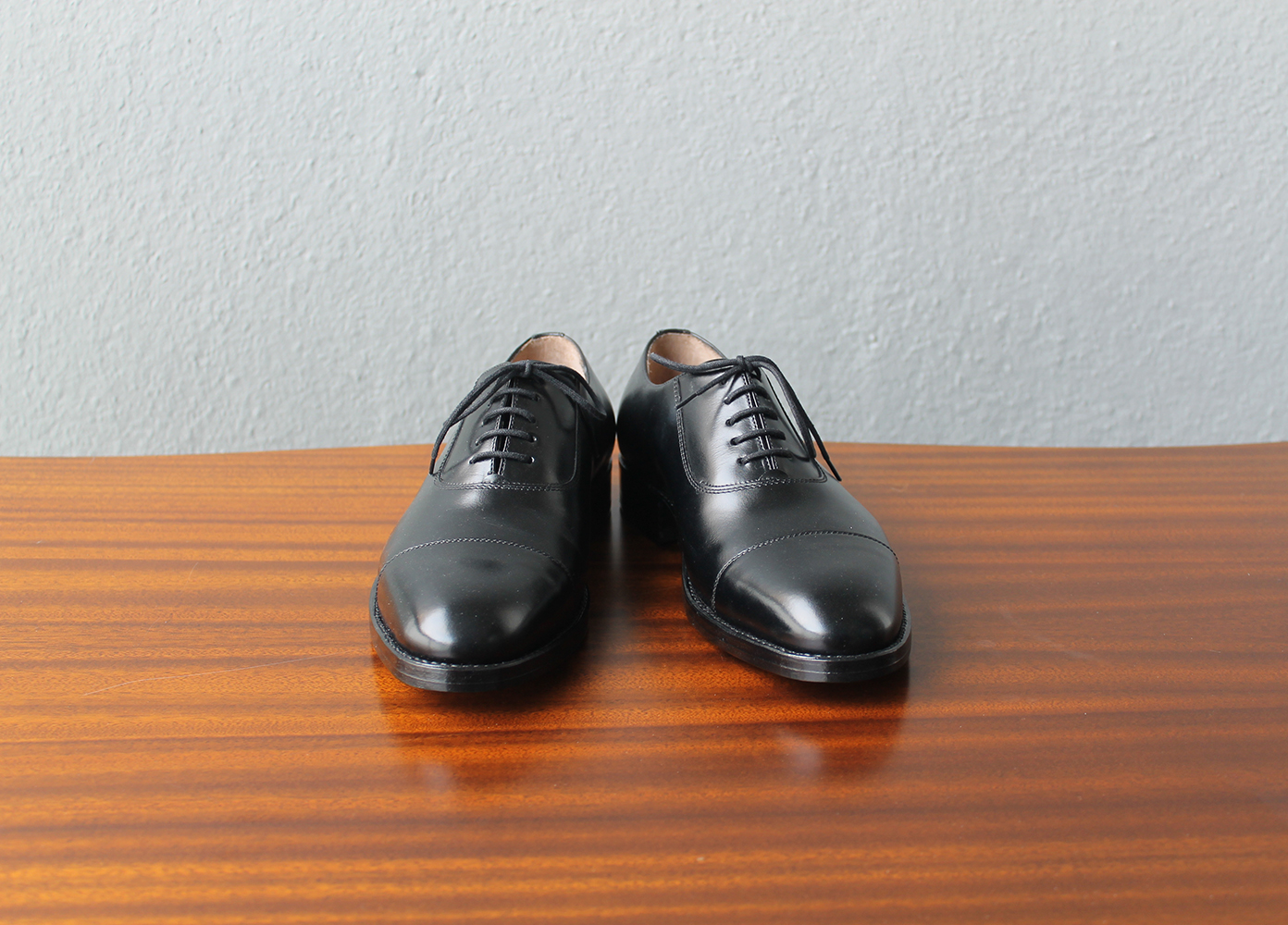 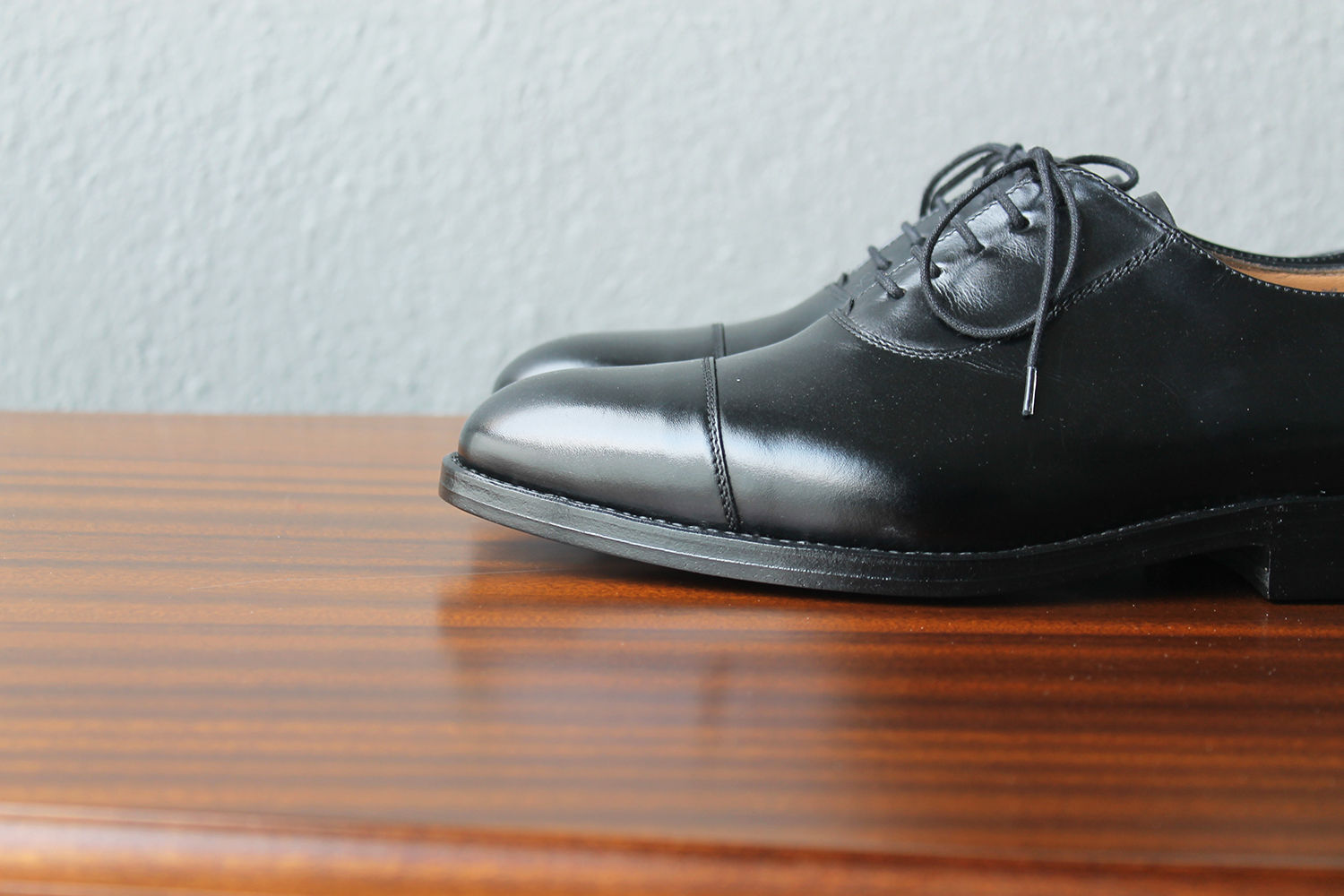 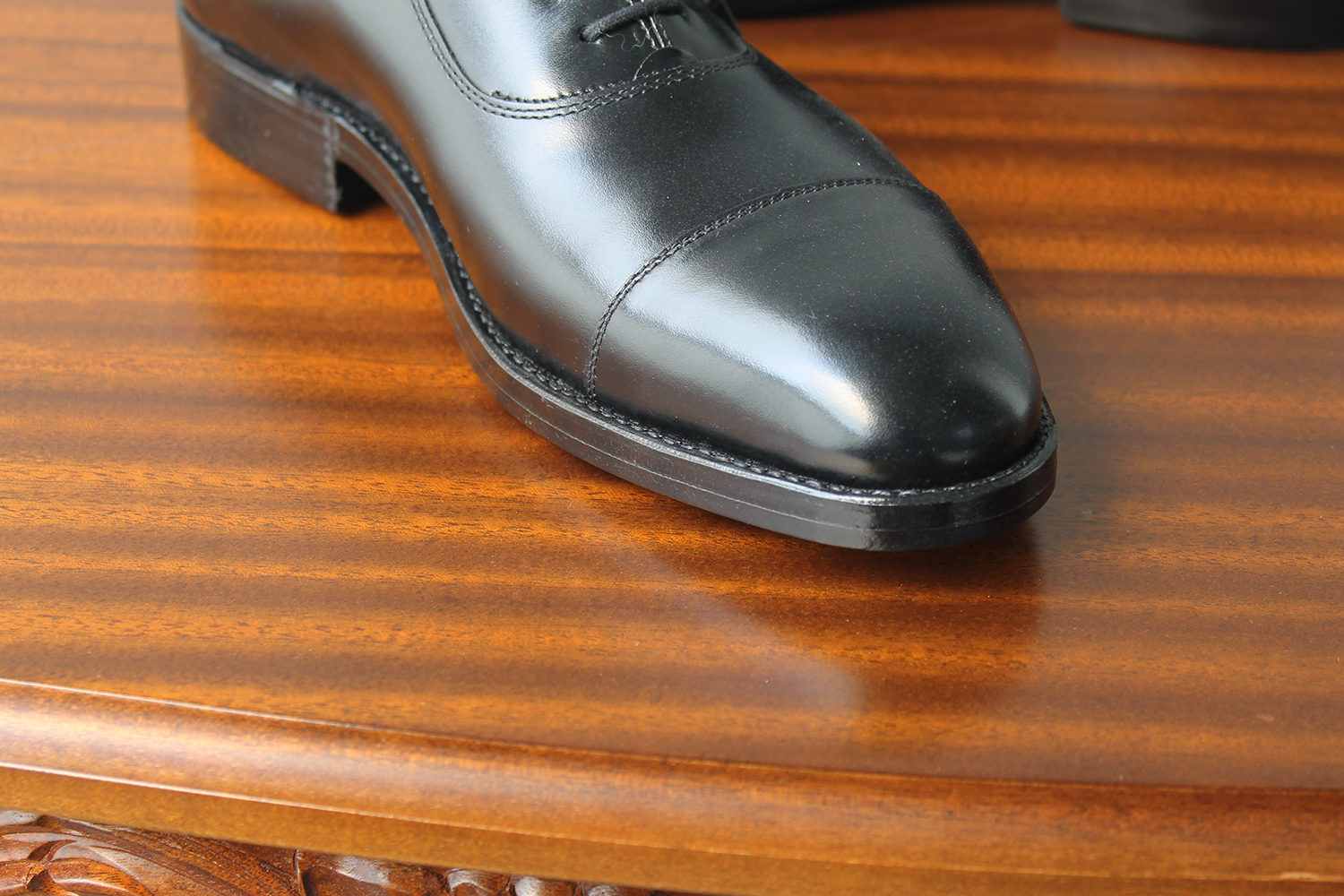 The toe looks very rounded and English. While the sides of the last don’t look as contoured, the fit is close. The sole feels stiff at first, as is common with double layer models, and the higher toe spring allows this thicker construction to roll better. The pair arrives with a German-language leaflet, extra laces, and shoe bags to boot. If anything, I’d say Dinkelacker’s pairs look and feel very durable as well as burly. Such is the craft of most Austro-Hungarian shoemakers. 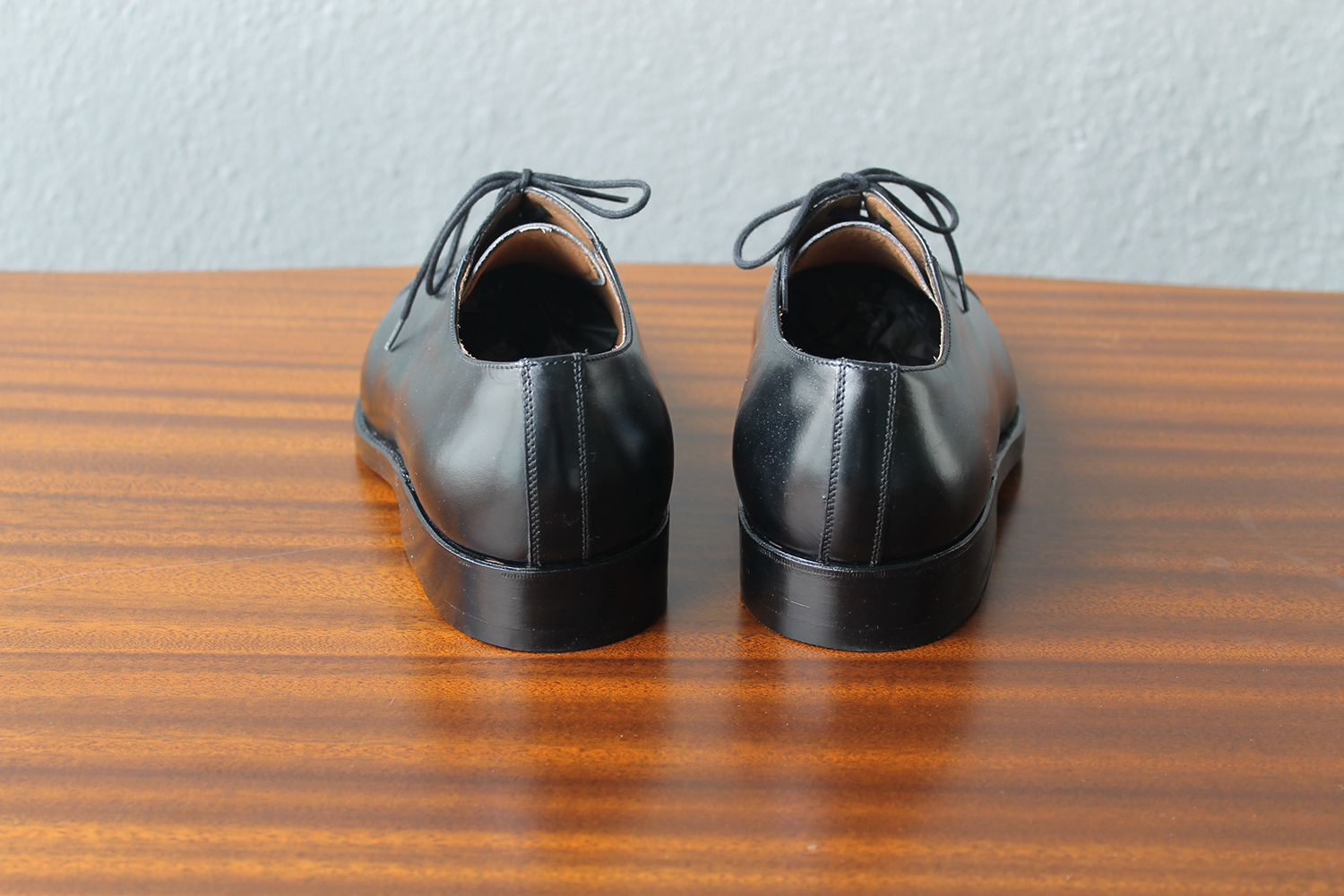 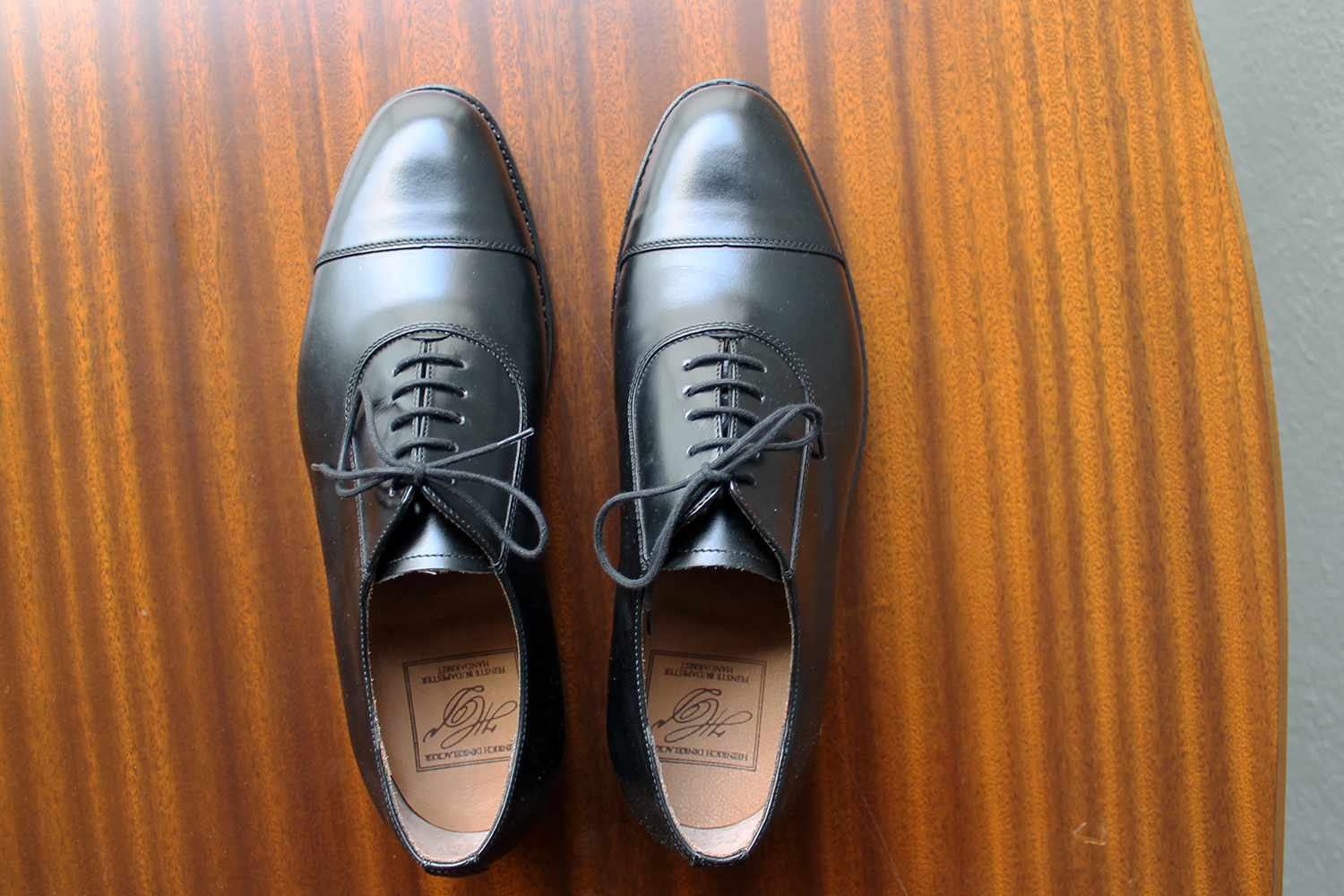 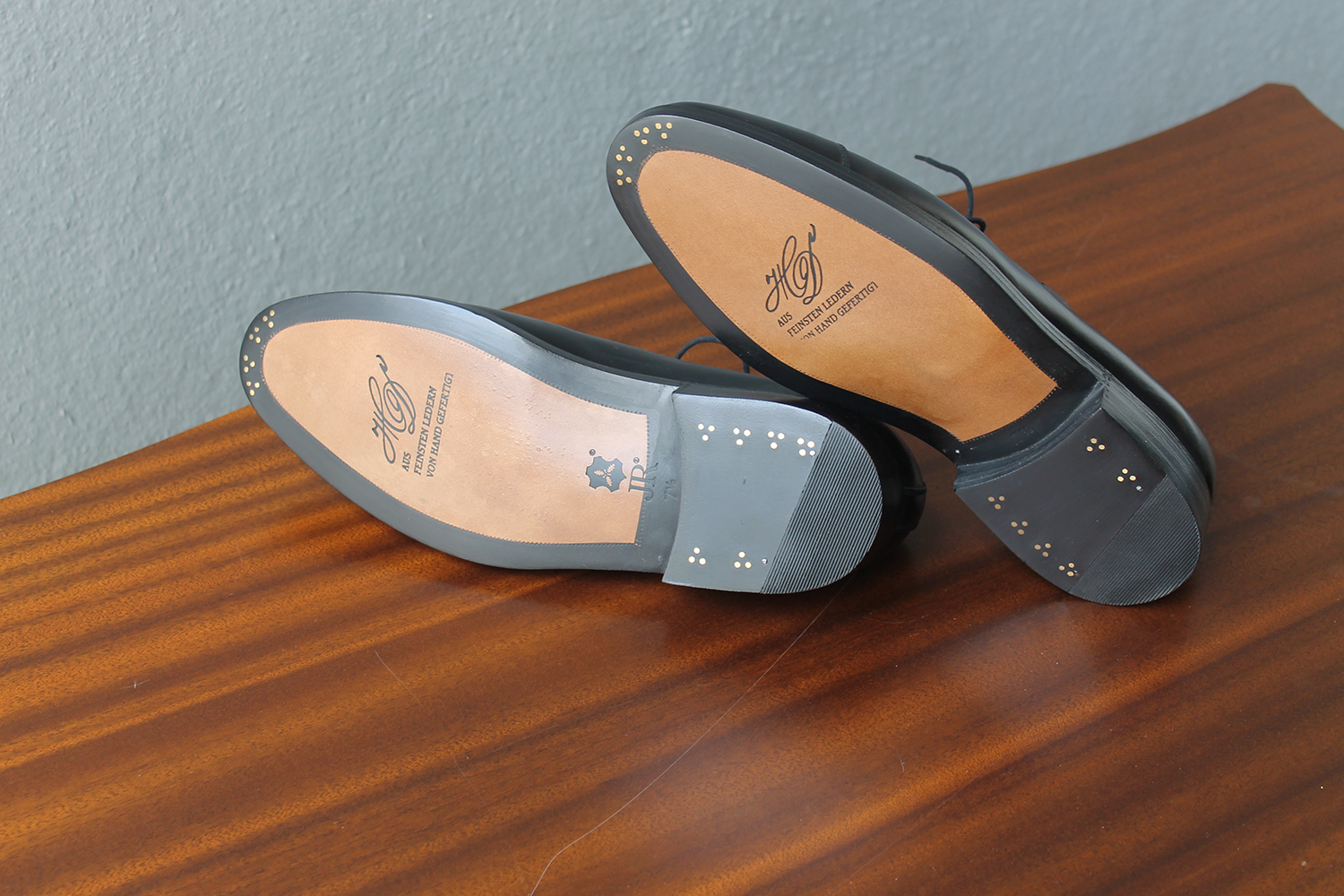