Interview with Vicki Vasilopoulos from Men of the Cloth

VV: Writer/Director/Producer in my 40s. 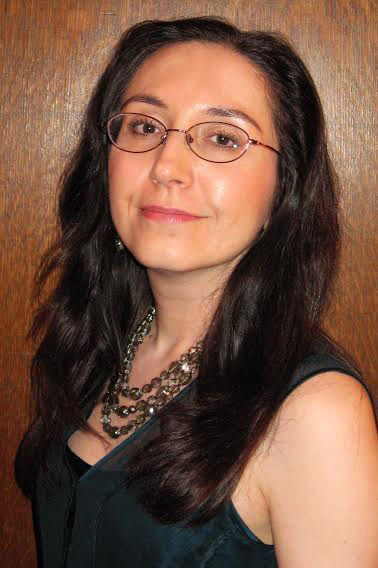 VV: My husband Glenn is not what I would called “sartorially obsessed.” He’s more of an intellectual and an outdoors type.

VV: I’m afraid to say that my parents barely understand what I do as a writer or filmmaker (which is not uncommon, of course)!

VR: What other hobbies or passions do you have besides films?

VV: I love gardening, hiking and being out in nature, cooking, reading non-fiction, and going to the movies!

VR: How did you first become interested in documentaries, and when did you turn your eyes to tailors as subject matter? Why these gentle craftsmen instead of, say, fashion?

VV: Although I have a fashion journalism background, I’ve always been fascinated with handmade things and authentic creative expression. My own father was a craftsman who worked with his hands. I discovered the world of master tailors on a reporting trip to Italy about 14 years ago and it changed my perspective. At the same time, I had become increasingly fascinated with filmmaking and started taking courses at The New School in New York. I remember seeing Agnes Varda’a film, “The Gleaners and I” (Les glaneurs et la glaneuse) and was really excited about her style and technique. I realized that Italian master tailors were like the last of the Mohicans; they personified a disappearing craft — and one that deserved to be documented and celebrated. I decided that these unsung heroes were the perfect subject for a film that take you into their world and shows you the visual and aural poetry of their craft and ateliers.

VR: How have you gathered your knowledge of directing – from books, in-house training, workshops or somewhere else?

VV: I’ve taken dozens of workshops and seminars in all aspects of documentary filmmaking — and I’m always reading books on directing and producing. 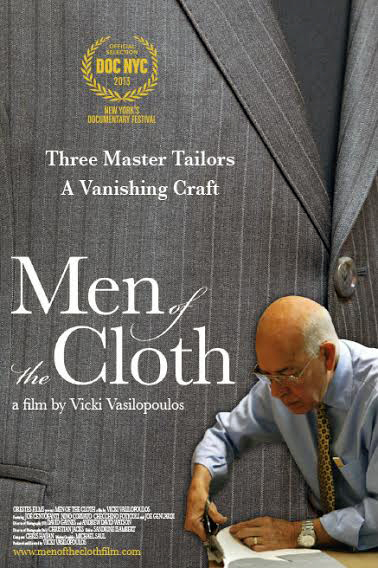 VV: I like fairly classic silhouettes with minimal ornamentation, but I do love color. Some of my favorite designers are Ralph Lauren, Oscar de la Renta, Calvin Klein, Dries Van Noten, Alberta Ferretti.

VR: How did you select the tailors to feature in Men of the Cloth?

VV: Joe, Nino and Checchino were master tailors at the top of their field but were also incredibly simpatico and compelling individuals. They had such a way of expressing their passion that I knew they would be perfect for a film. Their individual career trajectories also complemented each other and added nuance to the structure of MEN OF THE CLOTH.

VR: What did you learn from these tailors?

VV: I learned a bit about the complexities of human anatomy, the importance of achieving the balance in a jacket, how a bespoke suit is constructed so that it moves and breathes with the person wearing it. Most importantly, I learned what an incredibly gift it is to find your true calling in life.

VR: When is the premier and how does one buy tickets?

VV: The World Premiere is at DOC NYC, New York’s documentary festival, on Tuesday November 19th and Thursday November 21st. Tickets can be ordered online or purchased at the box office of the IFC Center in Greenwich Village (The Tuesday screening is already Sold Out).
VR: Who or what inspires you?

VV: I’m inspired by artists and creative types of every stripe – photographers, filmmakers, graphic artists, composers, writers, and poets — anyone with a singular vision who tells us something new about the human experience.

VV: Style is the ability to project your individuality with the way your present yourself to the world.