‘Age 72; Attorney at Law for 47 years. Bachelor of Arts degree (Political Science major), 1963 and Law degree, 1965; both from Tulane University, New Orleans, Louisiana. Wife, Martha, for 44 years; she has no problem with my style obsession, she is a clothes-horse too, but maybe not to the extent that I am. I think that male clothing “nuts” tend to be more detailed than women are; more interested in the construction method or quality of the tailoring & the feel of garments on the body and less in color, pattern, etc. Her parents, as well as mine, were clothing merchants. [My hobbies are] fine dining (even though I have to try to ignore all the slovenly-dressed diners sitting around me; they take away from the aura of luxury); Europe, especially France; staying in non-chain luxury hotels (like London’s Ritz, Dorchester or Claridge’s); London. My wife and I have been lucky enough to have taken 39 European vacations, totaling about 1 1/2 years overall. 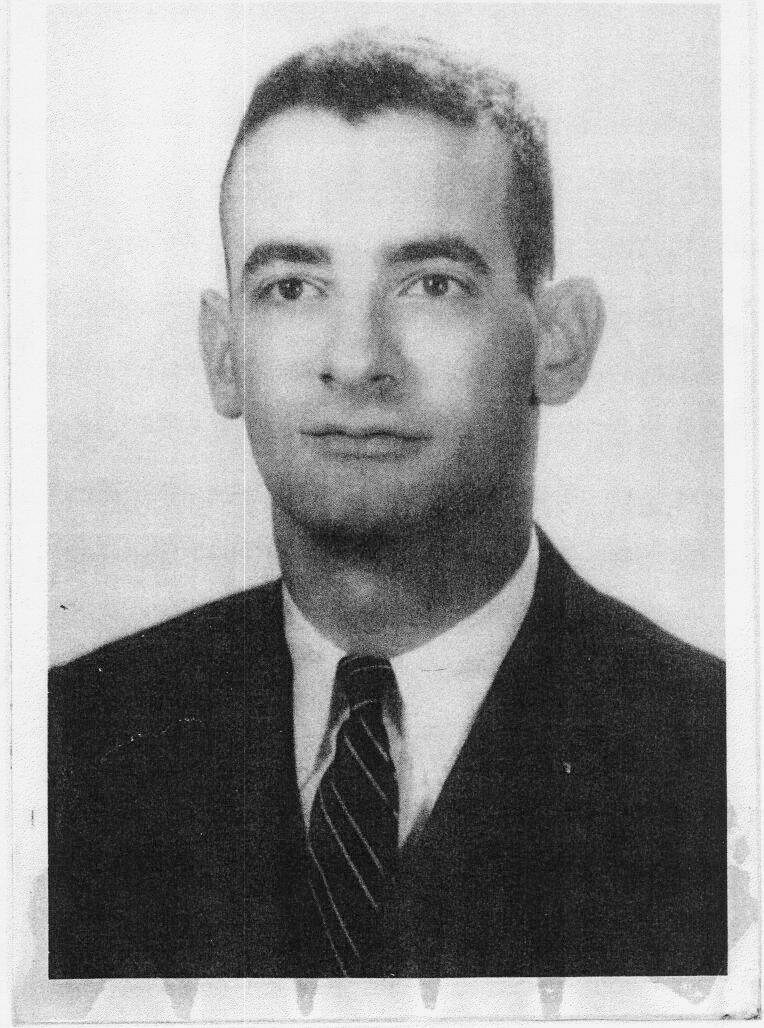 My family barely noticed my interest. Although my father spent all of his working career selling clothing (mostly ladies), it was not his passion, it was just making a living. Until I was about 15-years-old, my mother bought all of my clothes, without any input from me. We lived in a small, rather isolated city and I am sure that she was not at all familiar with “Ivy League” stuff. As a result, I dressed like a farmer. Then, in my mid teens, I went to summer camp twice and mingled with boys from larger and more sophisticated cities. I noticed that they dressed differently from me. I returned home from camp, asking my mother to buy me penny loafers, white socks, madras shirts and khaki trousers. I went off to college in 1959, a few years later, wearing those Ivy things, then my interest got a really significant boost by my working part-time at two men’s clothing stores, in their departments called the “campus shop” selling “Ivy League” clothes, mostly to college-age guys.

However, I would say that I reached my peak interest, which remains to this day, because of a couple of trips to New York in the early-mid 1960s. I discovered the three stores at the corner of Madison Avenue and 44th street; J. Press, Chipp and Brooks Brothers. I liked the button-down collared shirts at Brooks Brothers, but not much else there. I thought the place then to be a bit snobbish, snooty, old-fashioned and most of its clothes were far too English for a young guy. Brooks had a lot of older customers then. It modernized later. J. Press and Chipp were perfection for me, however, since they catered to the tastes of the younger “Ivy League” college man, but with an unusual  twist, especially at Chipp. 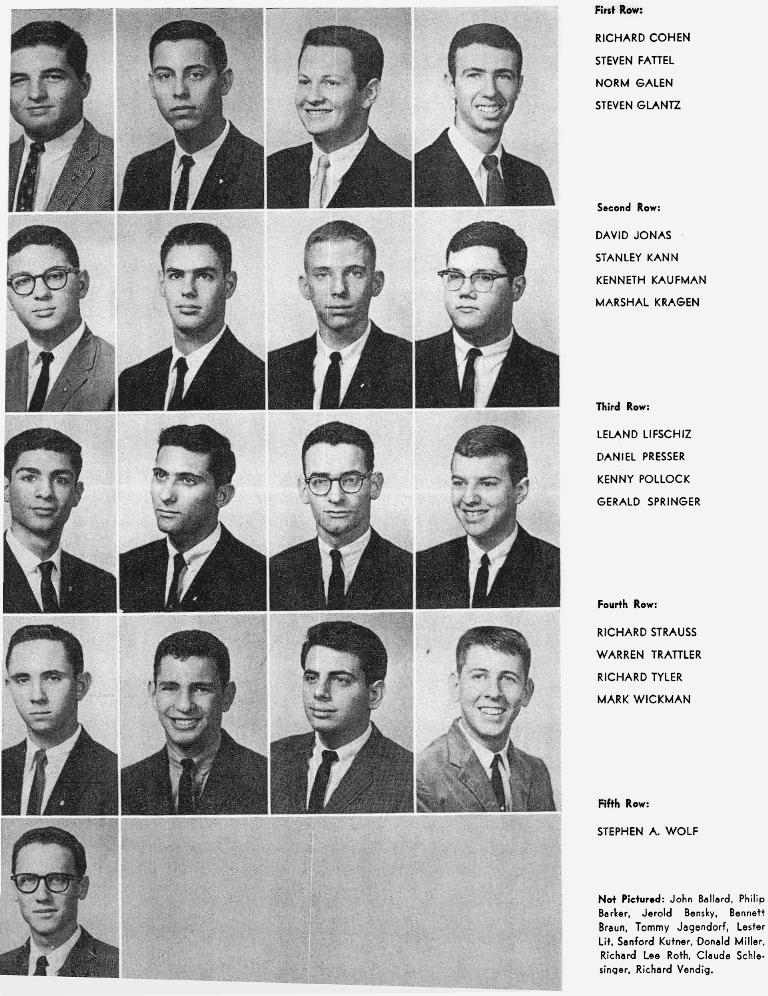 To this day, I think that Sidney Winston of Chipp and Norman Hilton (whose taste in British woolens was fantastic, who made the very best natural shoulder suits ever made, and who not only financed Ralph Lauren at its very beginning, but also popularized Burberry in the US and was the first to bring Sea Island cotton knit shirts to the US) were the two most innovative, tasteful and important creators of the perfect “Ivy League” look. I still love that soft, elegant and mostly restrained look, with just a touch of flair. Perhaps the difficulty in finding it since the early 1970s has kept my interest at a peak. The problem now is that most men have a very small wardrobe of dressy clothing, so only the most basics are offered for sale in Ivy League styles; mostly just navy, gray and tan suits in worsteds and doeskin navy blue blazers. Previously, we had so many more colors available (olives and all sorts of heathers in brown tones) and a huge selection of fabrics; tweeds, Cheviots, sharkskins, soft flannels, hopsacks, etc.

I first became really interested when I worked part-time at two men’s shops selling the “Ivy League” type of clothing in the early 1960s, while I was in college and law school in New Orleans. Actually, back then, “Ivy League” clothing was very widespread and was rather “fashionable,” at least among us American college students. Just a few people in the US (and virtually no one in the South) wore “Continental” style clothes (skinny cut, tight-fitting, dark colors, etc.; not terribly different from Thom Browne’s clothing today, but not as extreme), then, about 1/3 of the younger people wore “farmer” clothes (by that I mean they had no style at all). Less than 1% dressed “beatnik.” Older men mainly wore bulky double-breasted suits with wide lapels and big shoulders. The Ivy League silhouette was somewhere in between “Continental” and the stuff the older men wore, but slightly closer to “Continental.” I have stuck with Ivy League ever since, even after it became highly unfashionable, simply because I liked it. Most “fashion” clothing is usually rather extreme to me, as it often goes overboard one way or the other, as to the bulky and oversized silhouette vs. the more youthful short, tight and skinny one. Mr Pollock (back row, second from left) among his university posse

with a saucy reminiscence from fellow student Jerry Springer, 1962

The first nice clothing I bought was all from J. Press (mostly at its travel exhibits in New Orleans and Atlanta), which used a number of different manufacturers. Its quality went downhill, as the number of the small New York clothing makers dwindled away to nearly none. At its peak, I think a small New York tailoring firm named “Franklin Clothes” made most of its suits. It  now uses S. Cohen (of Canada) and Southwick, but both make fused jackets for it, which I will not wear. After I left Press, I was a nearly 100% Norman Hilton man, but it has been gone for 15+ years now. My favorite RTW clothing maker is now Samuelsohn (of Canada) which is nearly as good as Hilton was. Like Hilton, it has a really great natural shoulder, some flair in the skirt and no fusing.

Martin Greenfield is pretty good (mostly finely tailored) but the cut it is slightly boxy and the shoulder is not quite as natural-looking as is Samuelsohn’s. The other two pure Ivy makers, Southwick (now owned by Brooks) and H. Freeman and Son, can produce a decent unfused suit, if called upon to do so. Oxxford is simply not Ivy League and I do not like the way it fits (far too staid and too boxy). Hickey Freeman (which makes several differerent qualities and cuts; some of which is fused junk) is not well cut either. I heard that Hickey Freeman has hired a Samuelsohn designer, so maybe it will improve. London has some great bespoke tailors, such as Anderson and Sheppard; Maurice Sedwell; Dege-Skinner and Henry Poole, which can make anything anyone wants. However, most of the items sold by Gieves & Hawkes, Kilgour, H. Huntsman and others is RTW these days. “High Fashion” clothing from Zegna, Gucci, Versace, and others is not for me.

I have to admit that I have very little Italian stuff, as most of the styling touches scare me away. Why oversize squared shoulders, overly tight bodies, no rear vents, open patch pockets, bizarre fabrics and linings, and cheap plastic buttons? I have the impression that the best Italian RTW stuff, from Naples, is very good with great natural shoulders, such as Kiton and Attolini, but the prices are ridiculous; more expensive than most Savile Row bespoke. Isaia and Belvest are a bit less expensive and both can make a good Ivy style with a near-perfect cut; unfortunately most of their production tends to have bizarre non-Ivy styling, as do the more expensive Brioni and d’Avenza and other manufacturers in Milan and Rome. I think that the list prices are not “real,” with 90% of the super-expensive Italian clothing that is sold here going at greatly reduced “sale” prices, with Attolini being an exception. The custom tailor, Rubinacci, is as good as anything in London. 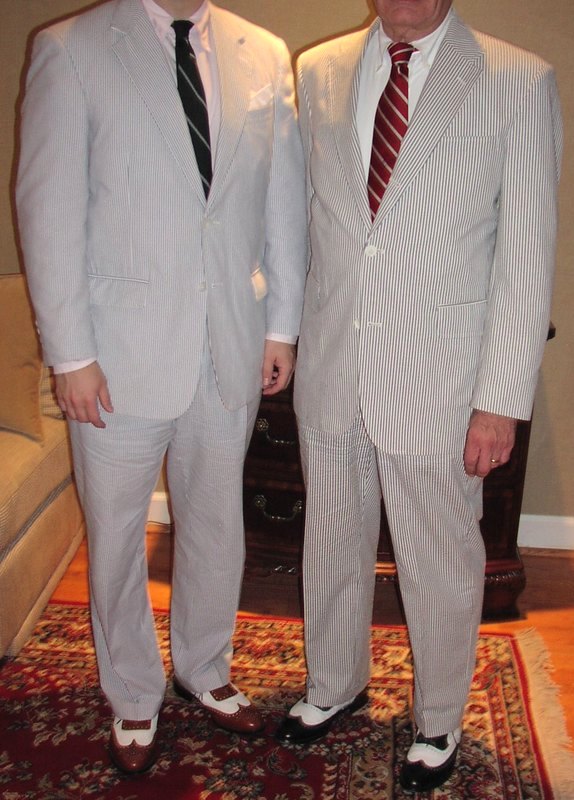 I do see more younger people wearing cheap-looking stuff from J. Crew. I guess Ivy is bigger worldwide, with Ralph Lauren’s Polo line being sold everywhere, Brooks having stores in several major European cities and J. Press in department store boutiques in Japan, etc. [My knowledge comes] first from working in shops and later from books (Boyer and others) and the forums, which has taught me a lot. I was planning a trip to London and decided to look on-line for the address of a shoe store named Tricker’s. Somehow, I found myself in the middle of an AAAC forum having a heated argument about English shoemakers. I found it fascinating and have been hooked ever since.

[My inspiration is] not Alan Flusser. Bernhard Roetzel, a German, wrote a fine book. But G. Bruce Boyer is in many ways a perfect match for me, as we are contemporaries. We must be the exact same age, as we both started college the same year. From what I have read, we both had a lot of the same early wardrobe acquisitions, such as an olive herringbone 3-piece suit. Like Astaire, we both admire softness in our clothing and hate fused suits and stiff fused or lined shirt collars. For me, style is an individual expressing his own distinctive taste with a certain moderate and timeless look that carries through his entire wardrobe, eschewing the extreme, trendy and what is currently “fashionable.” 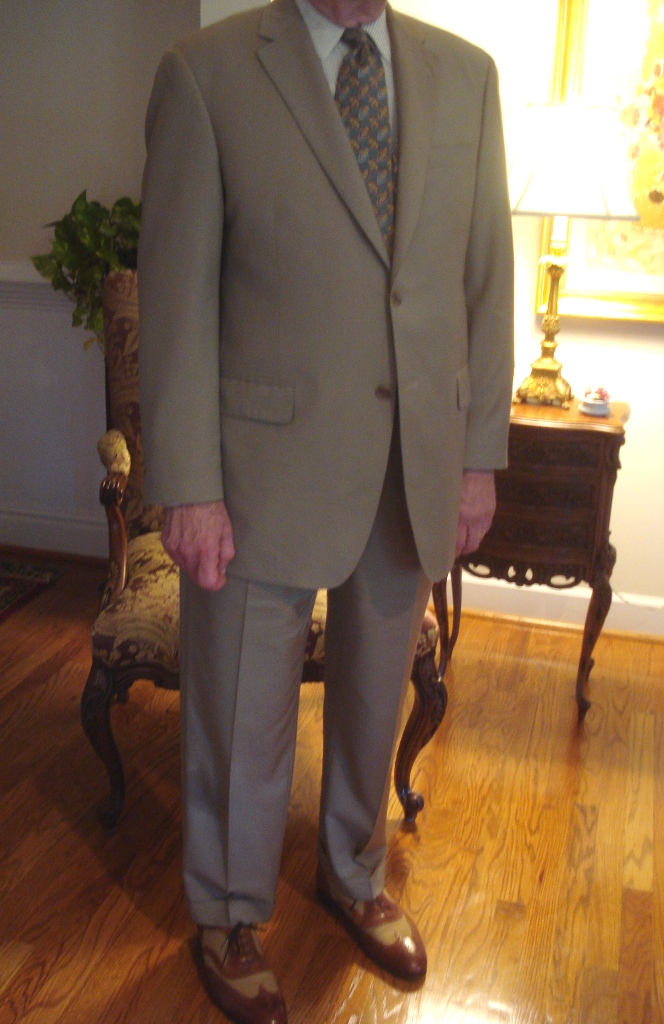 As stated, I like soft and comfortable clothing, cut with a natural shoulder, with a nice drape and just a bit of flair in the skirt. I love Tattersall vests, Shetland crew-neck sweaters, really good British and American shoes (such as Edward Green, John Lobb of St. James, Crockett and Jones, Church’s, Alden, Johnston & Murphy Handmades, etc.), 1/2 belted double-breasted camel hair topcoats, British-made trench coats, Pantherella socks, and Mercer’s soft button-down collars (now that Brooks lines its shirt collars and since Troy Shirtmakers Guild is defunct). I really do not understand why anyone would wear overly loose or tight clothes nor how so many men do not seem to mind stiffness in their jackets (which cause them to “bend” rather than to drape) or in their shirt collars, as results from inner-linings and fusing. When I try on a fused jacket, I notice that it does not move with me; I feel as I could pivot around inside it, without it moving at all, sort of like a fish in a wooden barrel. Stiff shirt collars cut into my neck. I have made a lot of mistakes myself; if I could do it over I would buy only the best or near-best, as good things really last for decades.’ 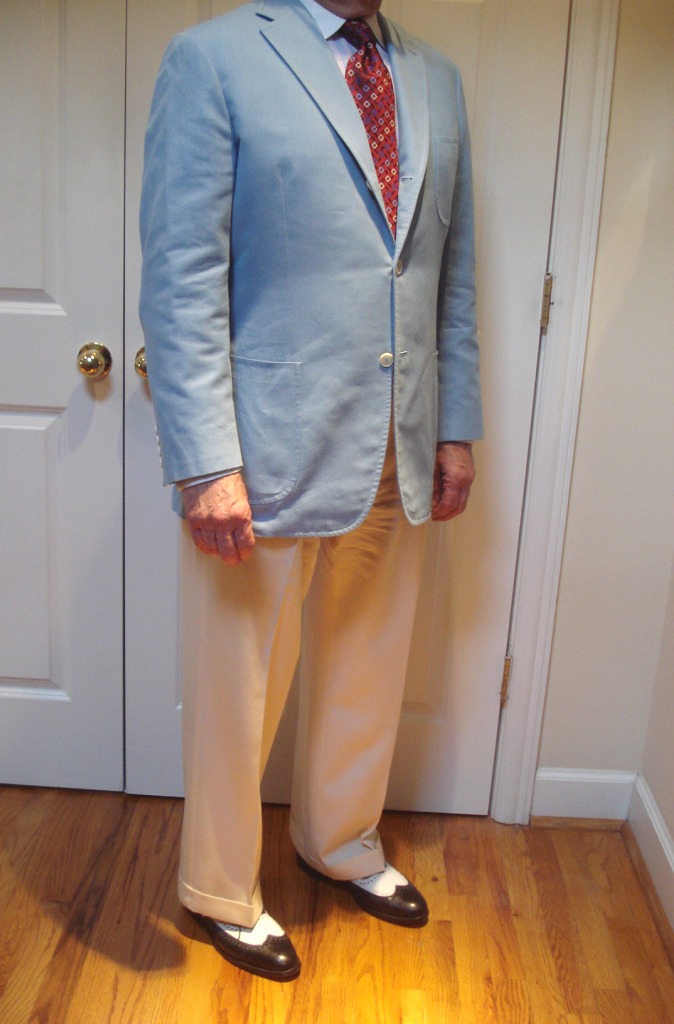