DK: I graduated from University of Lodz in Finance & Banking. 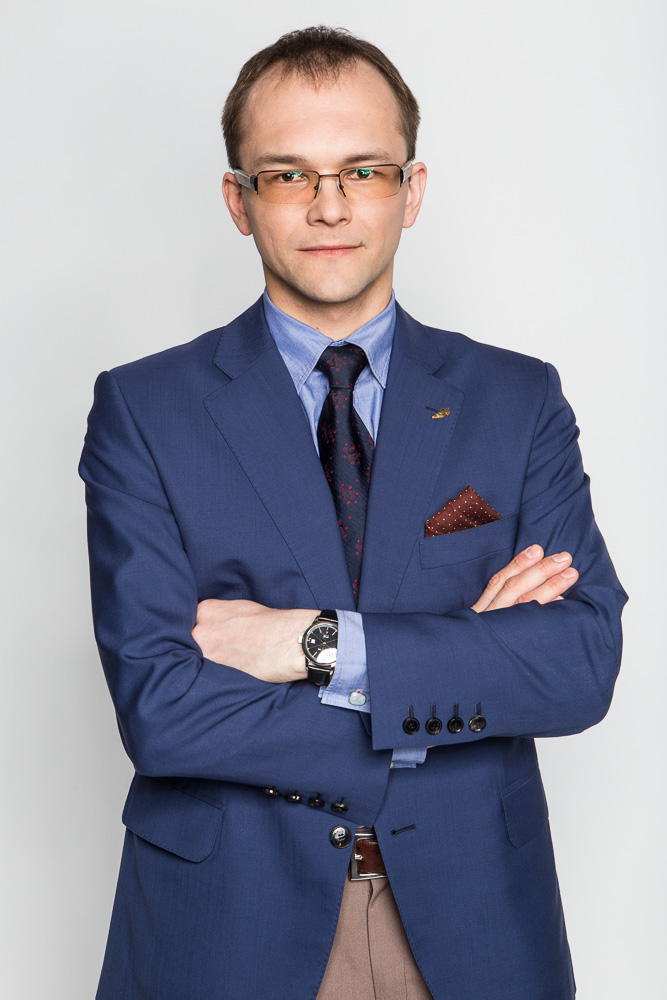 DK: I have two daughters (1 and 7 years old). Because my wife is a fashion designer, mainly doing wedding fashion, with tailoring & pattern making skills, the tailoring climate is everywhere in our home, so my interest in bespoke shoes and suits is seen as a „normal” state of mind J.

VR:…and your parent’s and siblings’ reactions back in the days?

DK: My evolution in style was not rapid – it rather took years than months. What was noted by my surrounding was my shift from RTW suits and shirts to made to measure.

DK: The oldest ones are photography and watches, but my beloved field of interest is free market economy. Especially the ‘Austrian school of economy’ represented by such great economists like Ludwig von Mises (what should be noted is that he was born in Poland) and Friedrich August von Hayek (the Nobel Prize-winner). Before I seriously engaged in the Bespoke Social Club, I was running my own Internet site about economy journalism (closed a year ago).

VR: How did you first become interested in clothes, and when did you turn your eyes to classic style? Why classics instead of fashion?

DK: During my studies in Lodz I met students of the fashion design faculty. This was a nice shift from the material world of finance to the artistic climate of catwalks. But fashion designers have nothing to say about classic style. They can only derive inspiration. My pre-classic times gave me a chance to learn about fabrics and mainstream prêt-a-porter. My turn to classic style was a natural step when I was hired in my first job in a bank. An in-depth interest evolved after I discovered the Internet forum then called “bespoke”.

DK: The forum was a fascinating source of knowledge. Established in 2010 by Wojtek Szarski, who was previously only blogging (as Macaroni Tomato), on classic style, showing his bespoke suits made by local tailors. That forum was a center of revolution which led to a rapid renaissance of interest in classic suits and shoes. A few artisans who survived to our times — most of them could now be our grandfathers — were surrounded by young clientele. There was no need for workshops because real knowledge came from real orders. Books on classic style were a rarity. One of the best publications available in the Polish language was The Gentleman by Bernhard Roetzel. Other ones could be bought on Amazon, etc. Every new artisan introduced to the forum’s society was a potential partner for us. Orders shown on the forum let us create our own, independent rankings. 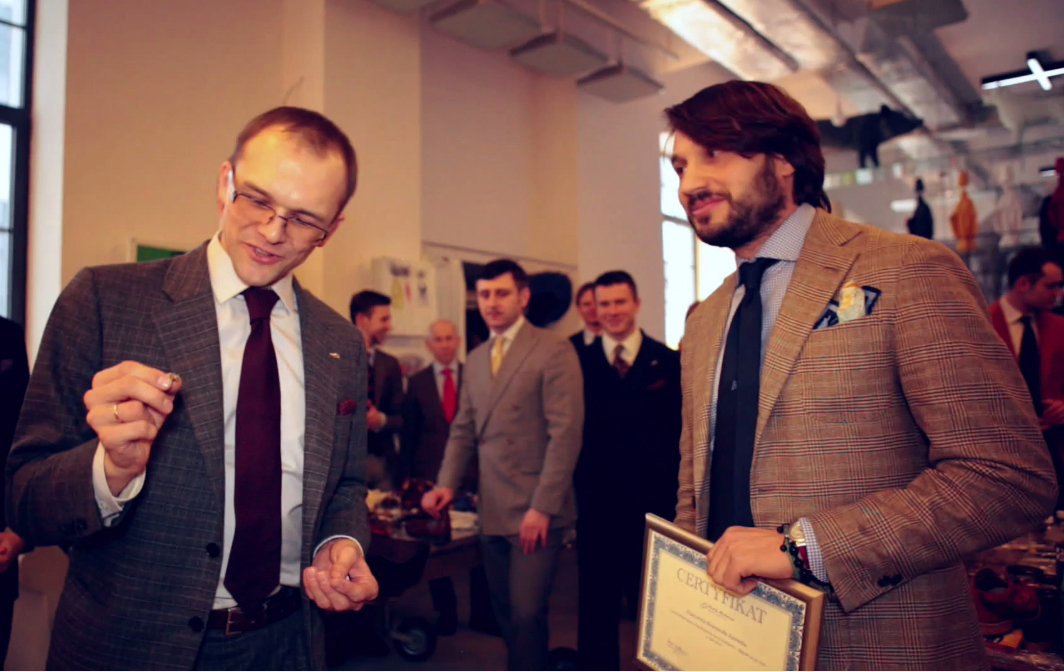 DK: I’m neither a blogger nor a freelancer so my personal style is rather toned-down but evidently different from the style of corporate folks who still prefer black suits. My favourite weave in suits is plain in a pale shade of grey or blue. My everyday dress is very often composed of jeans with a jacket, influenced by my workplace – a dealing room. A great space for individualism I have found in shoes. The majority of them are made by shoemakers in exotic leathers. As to RTW makers — of shoes or suits — I don’t have favorites because my experience in RTW garment is accidental. I don’t have two pairs of shoes or two sets of suits bought from the same RTW maker, but I very much like my Weston, Yanko and Ambiorix pairs. To be honest, I use only one jacket which was not made by a tailor. And my favorite tailor now is…my wife, who was trained by master tailors, and utilizes her knowledge predominantly with classic female jackets. I’m the only non-female customer.

VR: Why did you first setup the Bespoke Social Club, and where did you come up with the concept? What goals did you set for yourself in the beginning, and how has the club been received so far?

DK: The idea to set up the Bespoke Social Club was inspired by the happenings explored in another club where I’ve been a member from the very beginning, The Polish Watch Collectors Club. In 2010, this club organized a trip to Glashutte – a center of German watch industry with such flag brands like Glashutte Original and Lange&Sohne. It was clear to me that if our bespoke.pl forum would like to be a real benefactor of high-end producers of classic garments, we should be organized in the same way as the watch collectors. I was convincing Wojtek that such a society could manage the forum and serve as a formal representation of our group. He decided to start up his own business in MTM clothing, taking into account that he had a large group of followers through his own blog. The “bespoke” forum was handed over to an IT guy who was hosting Wojtek at this time. And this fact was a real trigger for other colleagues to act. During long negotiations, we took control over the forum. This was in spring 2012. Sixteen core members of our forum established But w Butonierce – the Bespoke Social Club. Our short-term goal was to re-brand the forum under this new name (www.butwbutonierce.pl, bespoke was not our property), and to organize the content on the site (almost all moderators are members of our club). Our club is the only one of its kind in Poland and is continuously expanding. The media are interested in our society, so we have opportunities to promote the classic lifestyle. Mingling at a BSC meeting

VR: What sort of activities does the club offer?

DK: First of all, the club offers networking. This is very important. We have our roots in the forum, though some people I have never seen, but personally I know at least 60 users (while the club has 30 members and we have over 5000 users registered on the forum). The most valuable asset of the club, and the forum, are the people. Some are experts in tailoring techniques, others in shoes, cigars, watches, etc. What should be stressed: the forum has inspired some of our members who’ve started successfully in the blogosphere (for example www.szarmant.pl, www.milerszyje.pl, www.wdrugiejskorze.pl, www.smaknabyty.pl, www.theformalstyle.pl, www.styleman.blog.pl) and/or decided to set up new ventures in the market. It may sound like a joke now, but in 2010 it was almost impossible to buy real horn buttons or find a reasonable selection of fabrics – so there was space for new entrepreneurs.

This unique mix of specialists has built the content, so our forum may be regarded as a competence center on classic style. The club organizes theme events and represents our members in so-called “forum projects”. So far we’ve organized two events devoted to shoe and leatherwork artisans and a few forum projects. What are these forum projects? We find a producer/artisan who can offer us MTO/bespoke products made according to our specifications. As the owners of our organization, we also set up contests open to the public, and sponsored by our partners (supporting members) or companies looking for advertising opportunities. Because we have good relations with local artisans, if somebody is looking for professional advice on – for example – where to have a jacket made, we can help in such cases. 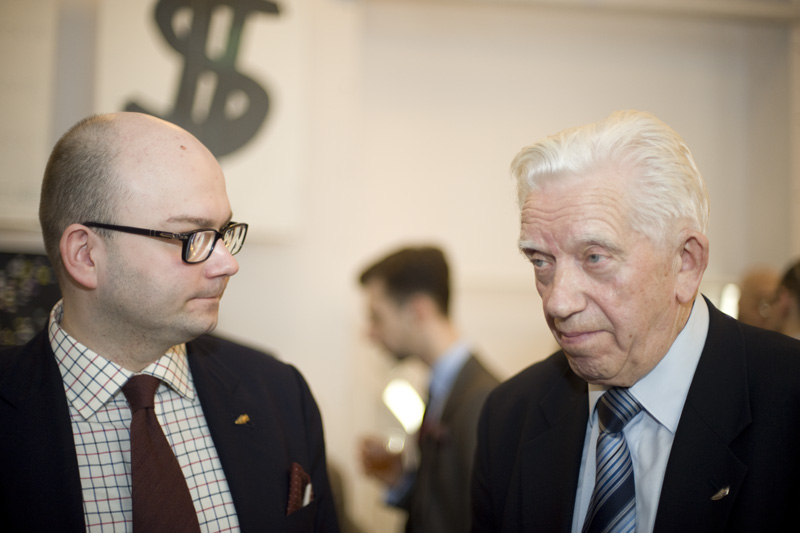 VR: Should we look forward to new ventures from your BSC in the future?

DK: In the nearest future, we are preparing a new event which will take place in June. This occasion will start a new series of events concerned with lifestyle. These “Only the classic man” events will have a broad perspective: shoes, suits, services addressed to men, and even cars, will be discussed…

In the long term, we would like to invite more partners, not only tailors and shoemakers, and to be able to organize first trade fairs for niche and luxury brands. Our strategic goal is also to maintain relations with artisans and “classic” bloggers from abroad.

VR: From your observations, what does the future look like for Polish artisans?

A lot of factors influence their future. After the collapse of the so-called communism in our country, local family companies were not prepared for real competition on the market when international brands appeared. Wearing a suit with the label of Hugo Boss or Pierre Cardin was in vogue. Another factor: professional teaching in hand crafts was dismantled by reforms in educational system. On the other hand, the young generation was not interested in such traditional occupations. Artisans are a niche. We have rather “old school” artisans and a few representing the young generation, for example the tailors Piotr Kamiński, and Sebastian Żukowski. In general, Polish artisans don’t have successors, which is in my opinion a crucial risk factor. Only those companies with successors in the family, like tailors Krupa&Rzeszutko (Mr. Krupa is the grandfather of Mr. Rzeszutko) can survive as a family business in the long term. 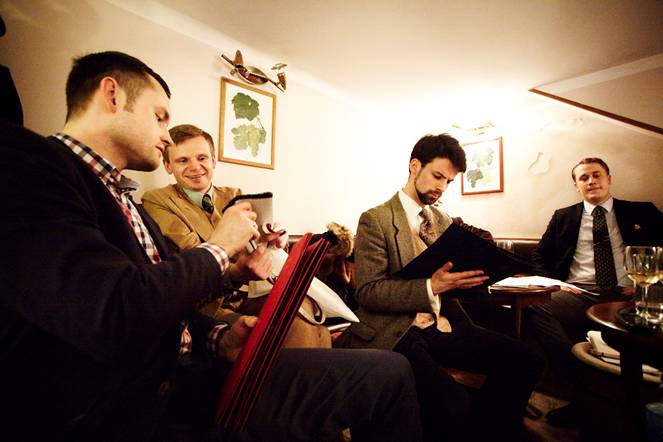 Drinks and swatch books, tools of the trade for BSC

Textbook examples of artisan brands, which will not survive, are Mr. Jan Wielądek and Mr. Tadeusz Januszkiewicz. Nowadays they are regarded as the best Polish shoemakers, with crowds of customers waiting for months to place an order, but with no successors. Of course, we also have such very well-known names like Kielman, but no one from the family is a cordwainer, so the prosperity of this brand as a bespoke shoemaker depends partially on the people hired and trained in-house. Kielman does not offer RTW shoes, but I’m sure such a step taken a decade ago would have helped make this brand more international. Another interesting example of a family business is Zaremba. The business has been running continuously now into the third generation represented by Maciej Zaremba. He is not only a tailor like his father and grandfather, but a modern manager who transforms the brand by adding new elements like MTM or accessories. At the end, the future of all artisans depends on the purchasing power and brand-awareness of local customers. And here is our mission as the association supporting the local artisans and niche brands.

VR: Who or what inspires you?
DK: I find inspiration by reading our forum and watching people showing their outfits. 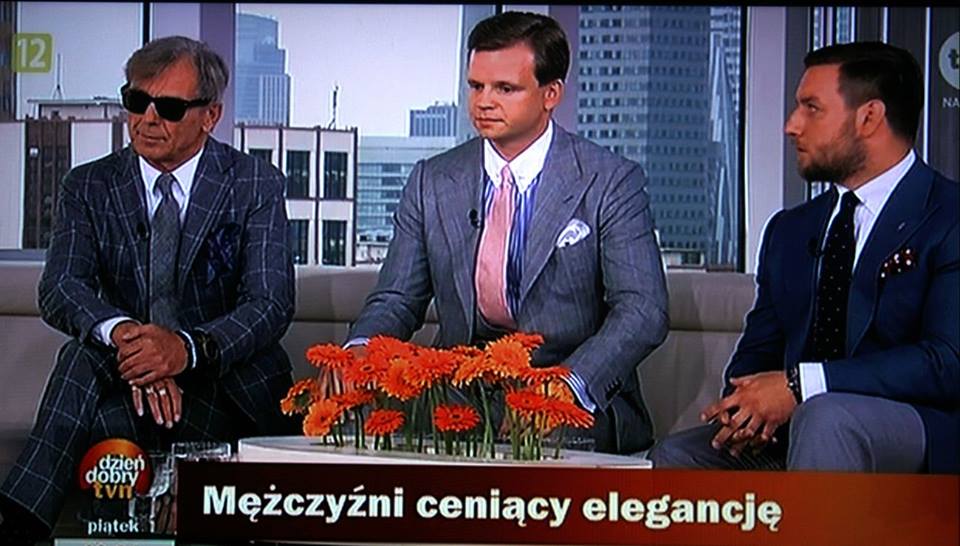 DK: Style is my own way of dressing and being in line with my sense of aesthetics.

VR: Is there something you wish more men would know about dressing well in Poland?

DK: Poland is still an interesting place to explore because the artisans who survived tough times offer good or excellent quality for competitive prices (bespoke shoes and suits starting at 500 EUR). A few names were mentioned above, but you should also know Jacek Kamiński, who is a cordwainer in the 2nd generation with experience also in historical shoes made for movies. His uncle, Brunon Kamiński, got international recognition in the ‘60s and ‘70s, even in Japan. Then there’s  Gest Moda (tailors), Tadeusz Kierepka (tailor, deputy head of The Warsaw Tailors’ Guild). If anyone needs guidance when visiting Poland in search for classic suits, shoes, etc., he would do well to contact our association and ask for help.

Factory visit to Solovair »
« Tweed clothes from Cordings of Piccadilly