Vr: Your educational background?
CM: Education: 1 year of college. College is like sushi. It’s not for everybody. 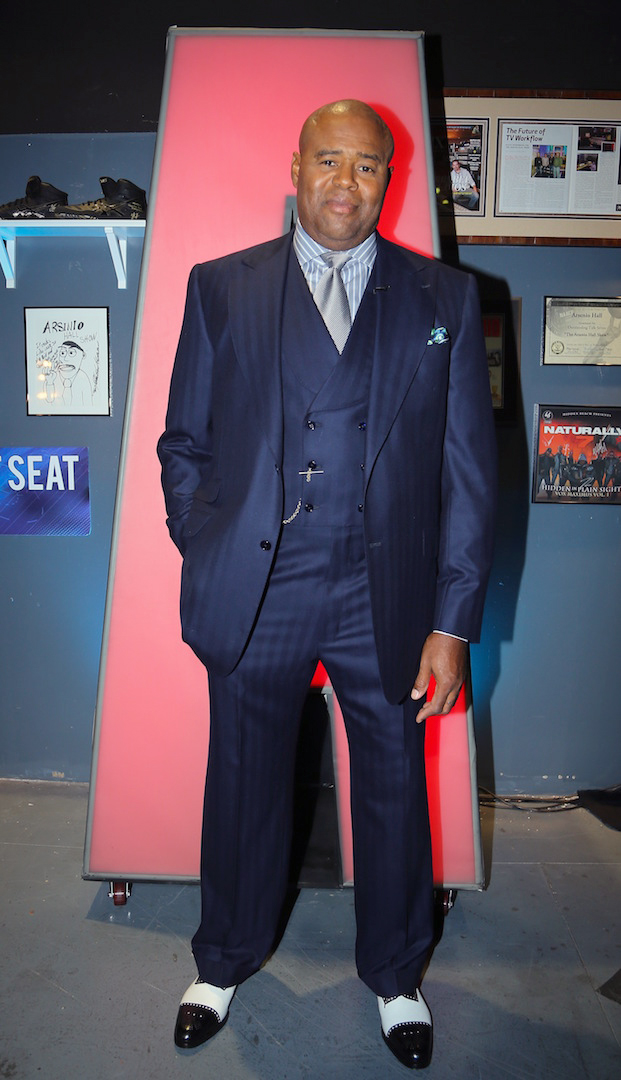 VR: Have you any children or spouse (and how do they relate to your style enthusiasm)?
CM: Married, Father of three. I rarely discuss my family in interviews.

VR: …and your parents and siblings’ reactions back when you were younger?
CM: My Uncle Raymond was my main fashion influence. He was always in a sportcoat or suit and he ALWAYS wore a Borsalino hat. VR: What other hobbies or passions do you have besides apparel?
CM: My passions include collecting and drinking wines, fine dining, cigars and golf.

Vr: How did you first become interested in style, and when did you turn your eyes towards the classics?
CM: I first became interested in style from my favorite uncle, as well as watching films starring Cary Grant, Rex Harrison, Humphrey Bogart, William Holden and George Raft. I probably began really eyeing the classics as an influence beginning in my teen years. I also consider the book Dressing The Man by Alan Flusser an undeniable influence on my own personal style. 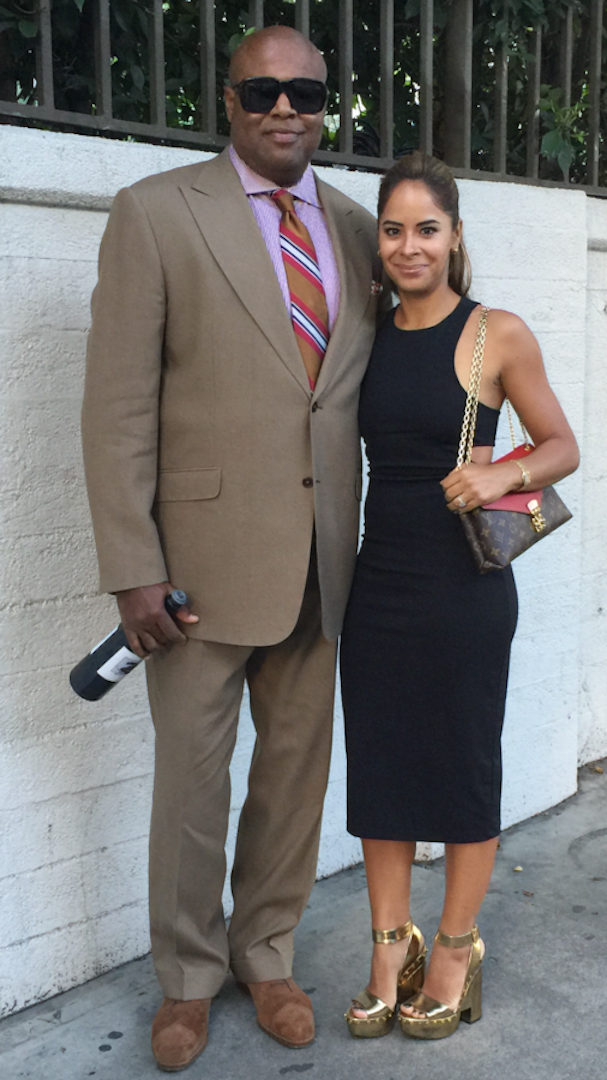 VR: How have you gathered your knowledge of the tailored look — from books, talks with salesmen or somewhere else?
CM: One of my most memorable influences was a salesman for Neiman Marcus that I met in my late 20s by the name of Jance Reynolds. Jance was always impeccably dressed and was a GENIUS at mixing patterns. His influence on me was his classic style, but most of all he influenced my style by teaching me how to steer clear of “the safe look”, as he once said. The next time you’re out in a park, look at the way the colors of nature blend in ways that incorporate unlikely color match-ups, and yet, it all works. It was a profound discovery for me to compliment my accessories, ties, pocket squares, etc., choosing to match the square with a color in the shirt instead of the suit, for example. It became a fun challenge to find “unsafe” choices, when putting together an outfit. 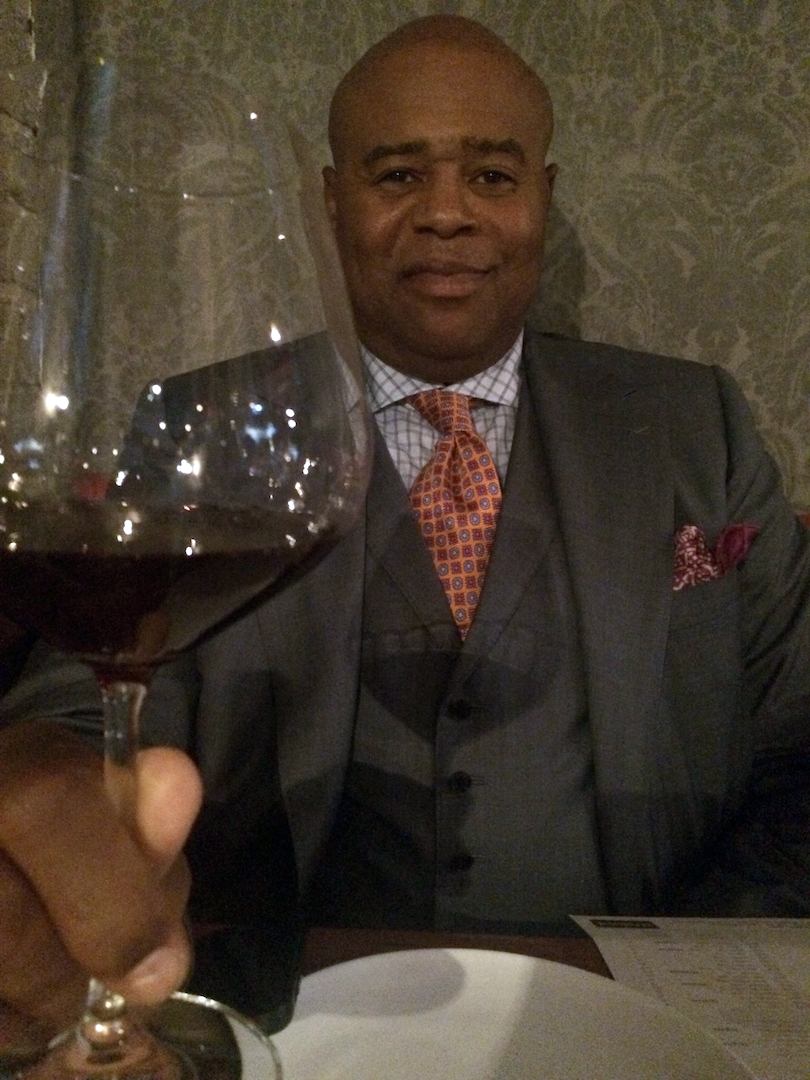 Vr: Which tailors or RTW makers do you favour and why?
CM: My fabric supplier and tailor are somewhat of a guarded piece of information. My Uncle Raymond, who was as old school as they come, once said to me when I was very young: “Never loan anybody your pen, your car, your tailor or more than twenty bucks.” So, I never do. However, I will say why I favour them is because they’re both extremely knowledgable about their business, wonderful collaborators, have razor-sharp sense of style and are two of my dearest, closest and most valued friends. Being 6’5″ with a generous frame, the RTW market, for me, aside from some pocket squares and socks, is closed. Unless, I’d prefer shopping at the local “Big Man” shop, which I do not. So, I’ll give you some of the MTO/bespoke makes that I prefer. 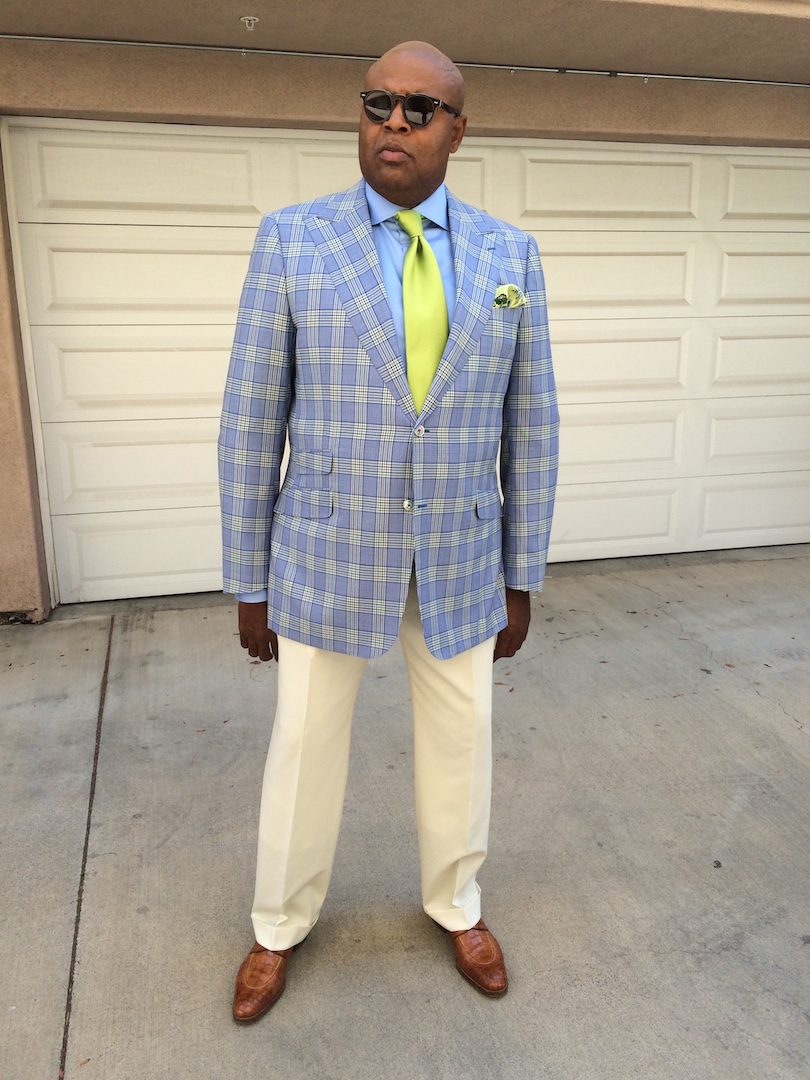 As for why, the same goes for all. In my opinion, they are the best. 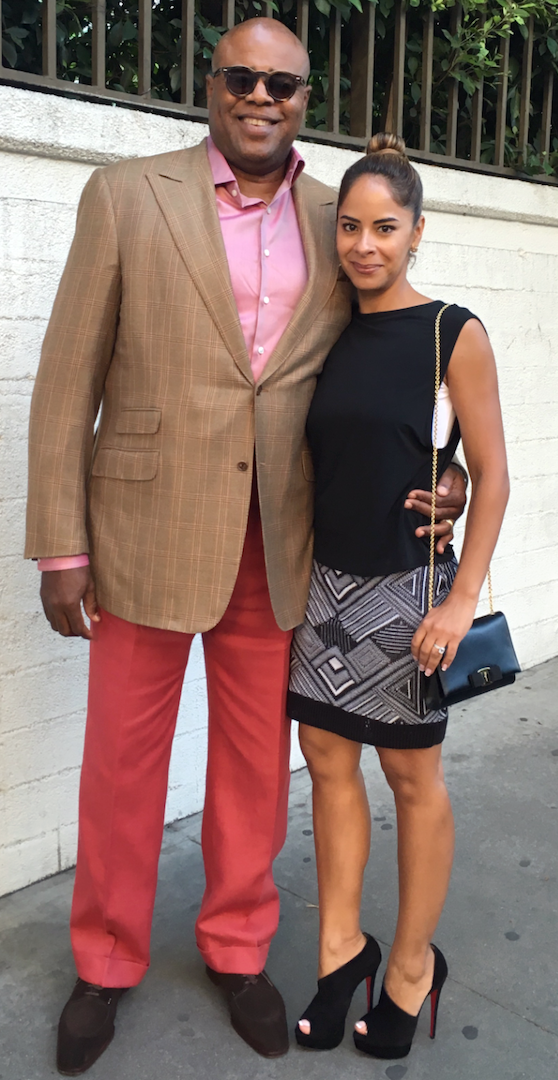 VR: How would you describe your personal style?
CM: If I were to describe my style, I would call it a modern update of 1940s jazz musician’s style. Another style influence that I think very highly of in terms of his personal style is a doctor by the name of Dr. André Churchwell. Google him. All I can say is, Wow. When I grow up, I wanna be like him. 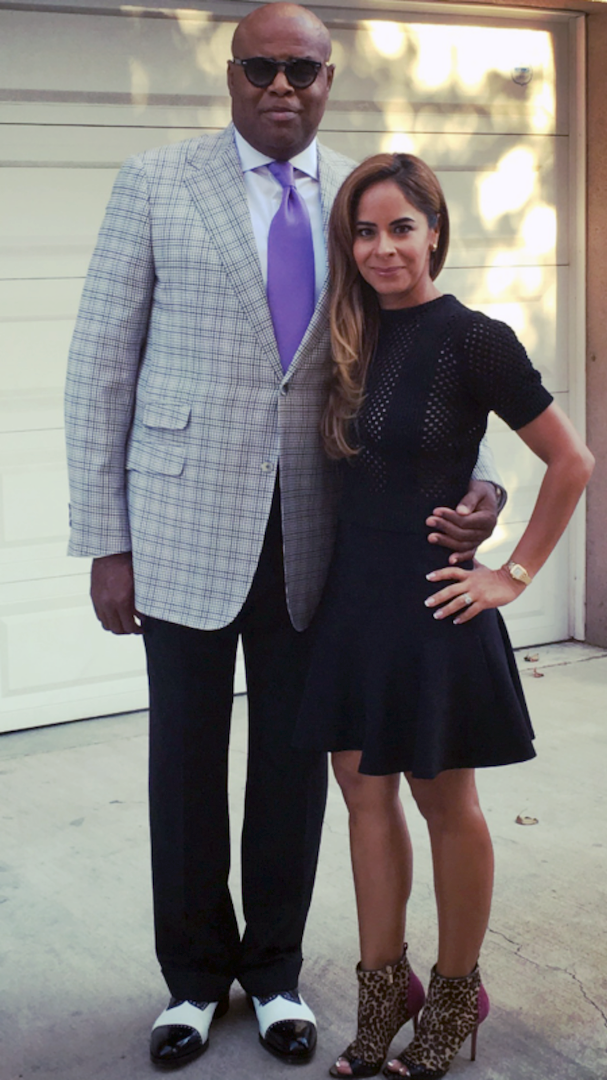 1. Dress for the WEATHER, not for the season. If it’s 85F degrees outside on Christmas Day, I’m wearing white pants, and white shoes.

2. Always take one thing off before settling on an outfit.

3. Spend money on the best shoes you can afford.

4. There’s no such thing as too many shirts, ties, or pocket squares.

5. A stylist can’t give you style. 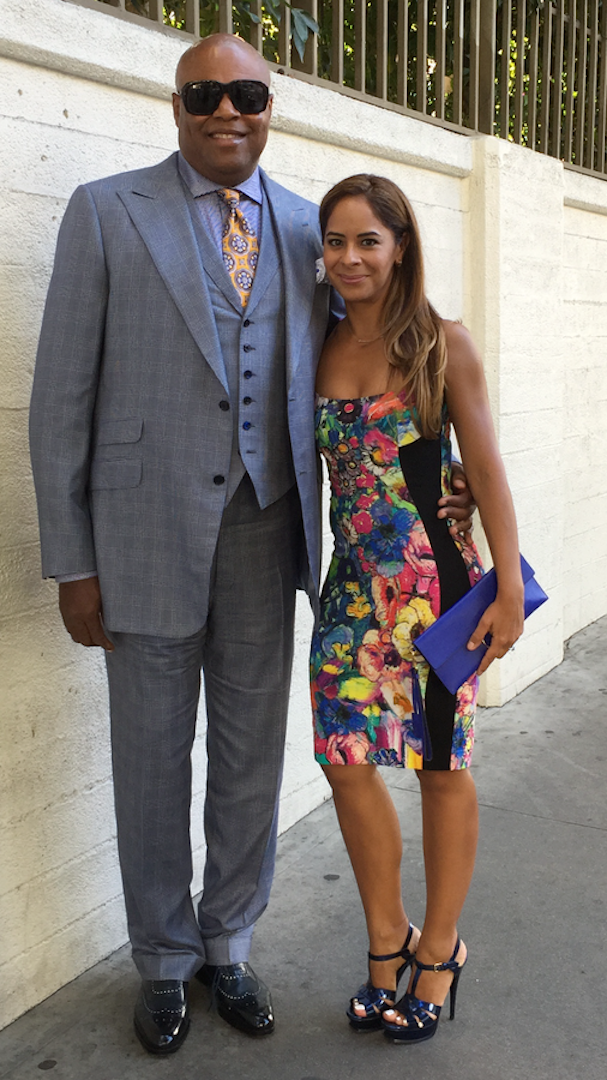 VR: Who or what inspires you?
CM: I am inspired by any craftsman. As simple as that sounds, it takes a lot to be recognized as a craftsman in the truest sense of the word.

VR: What’s your definition of style?
CM: Style, in my opinion, is simply being confident and comfortable in your own skin and enjoying your own company, when no one else is around. 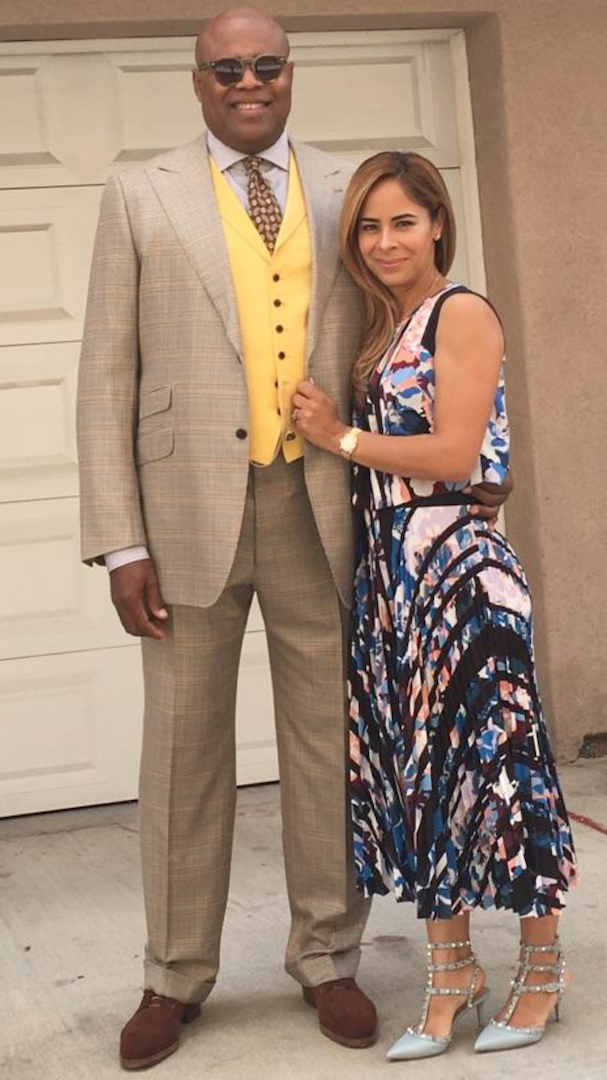 VR: Finally, given your knowledge on the subject, how would you describe the dress of American male actors off-screen?
CM: Like I said. A stylist can’t give you style.