Much has been said about G.J. Cleverley’s bespoke shoes, likely most by the mouths and pens of men who’ve never owned such pairs. There is no substitute for first-hand experience, so I took it upon myself to grab a pair from the endless selection of eBay. The gamble was with sizing and this cannot be avoided with bespoke pairs. As luck would have it, shoes were made by old man George Cleverley himself. 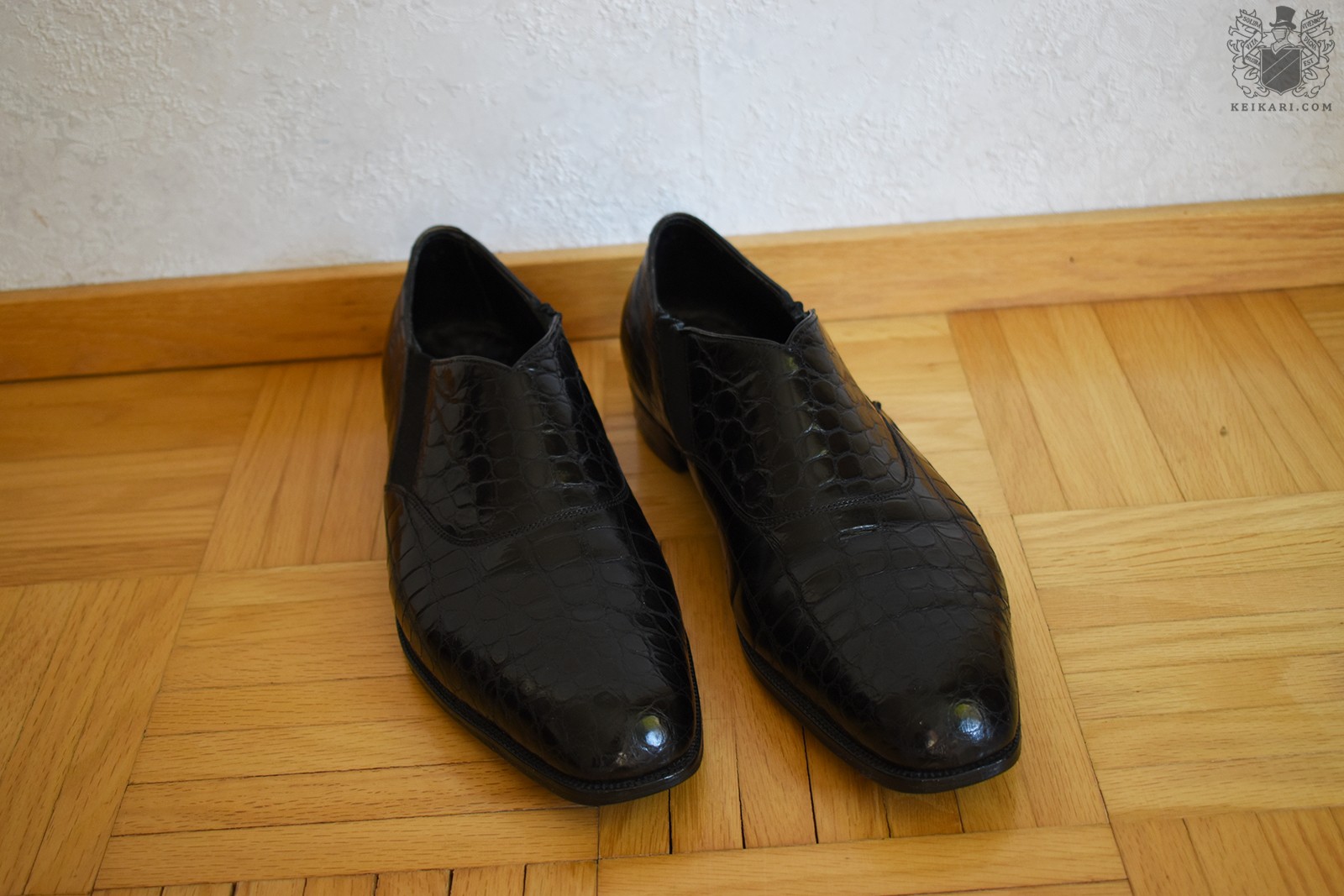 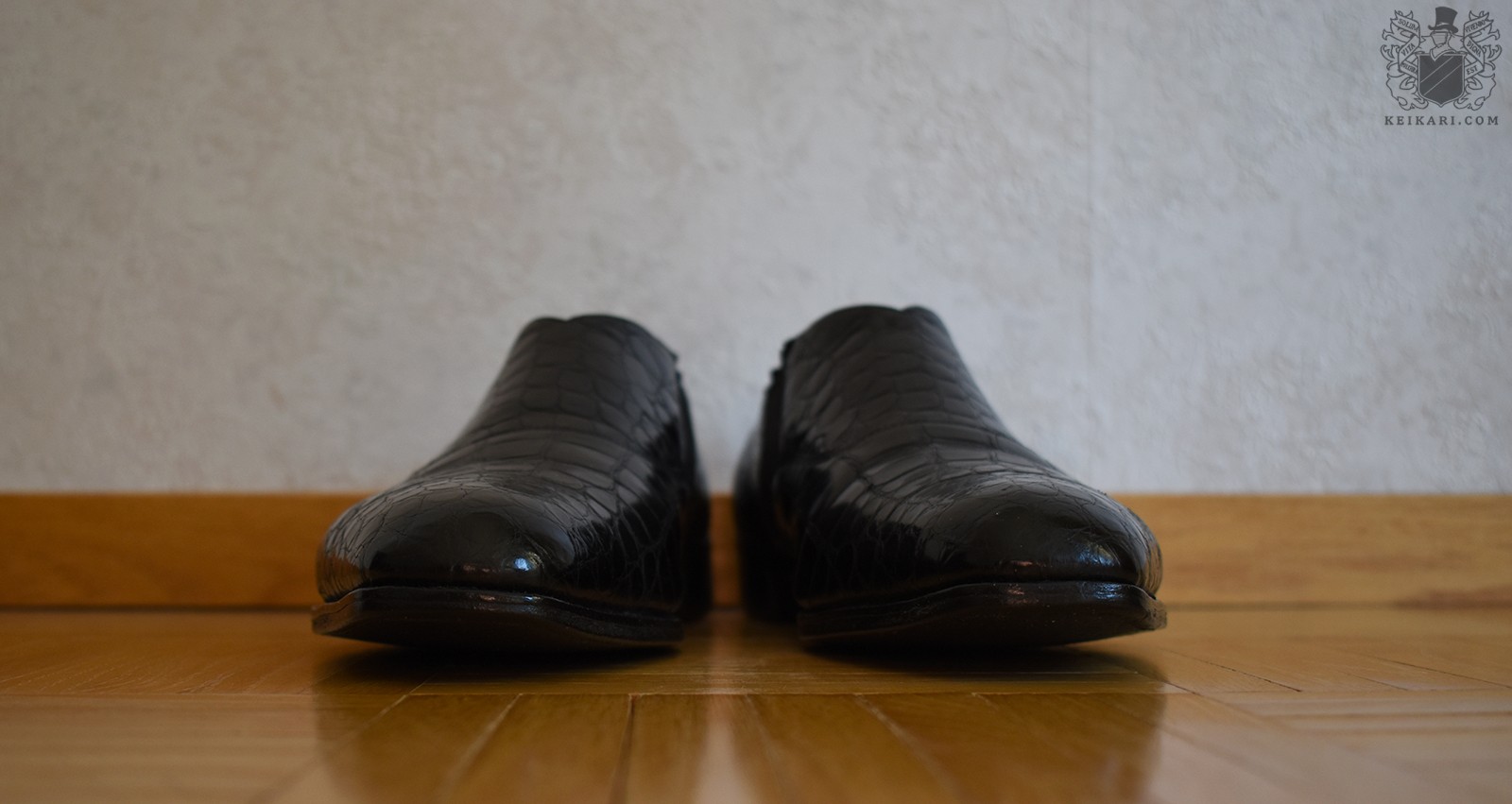 This I deduce from the pair’s sockliner which features Cleverley’s old address on Cork Street. A short message to the company and back confirmed that GJC moved away from those premises some 40 years ago. Cleverley was alive and well-heeled back them, so this gives me and Keikari’s reader an interesting look at what exactly made his reputation so grand. It would have been swell to look at the shoe trees too, but they didn’t last. 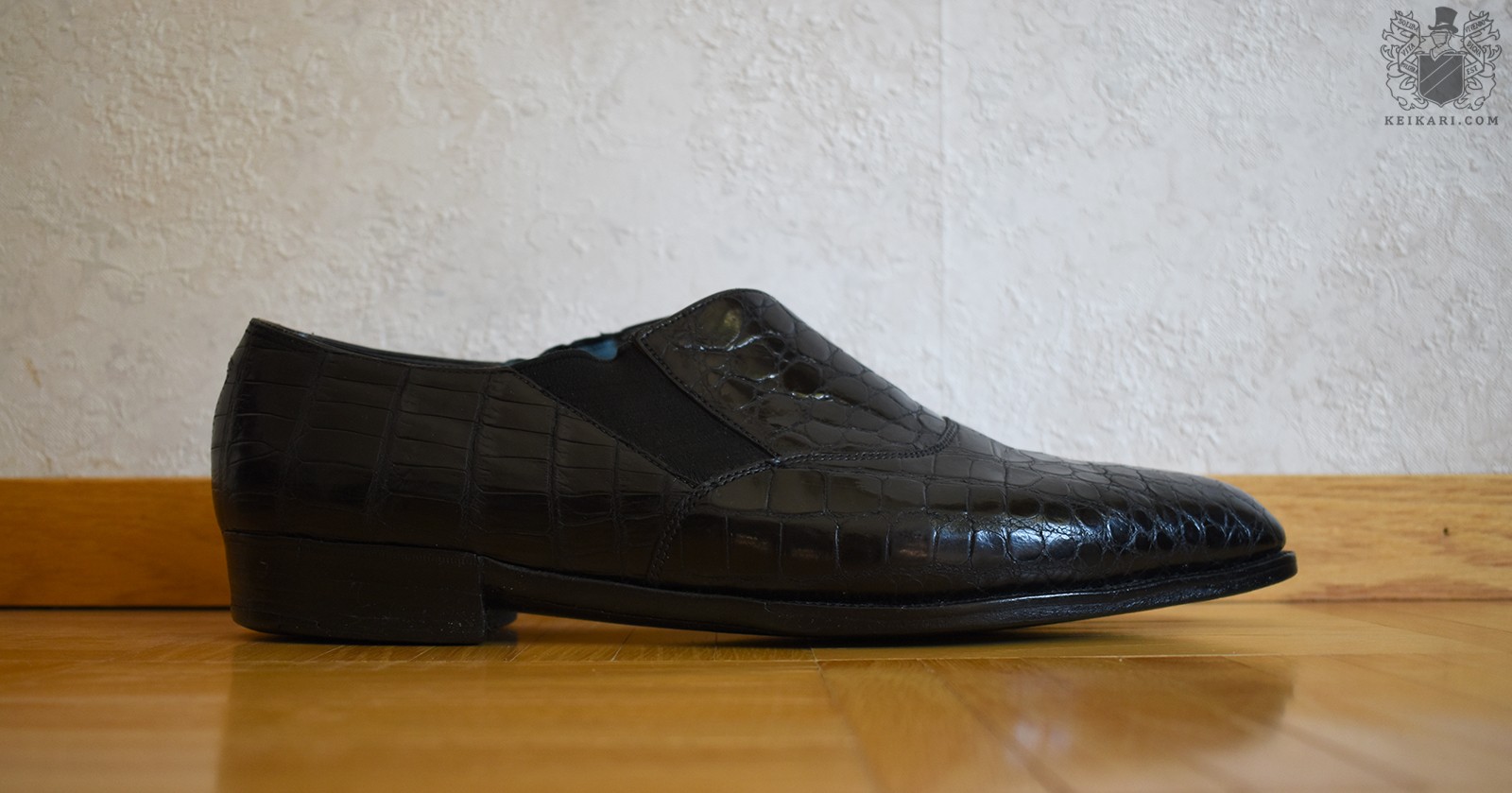 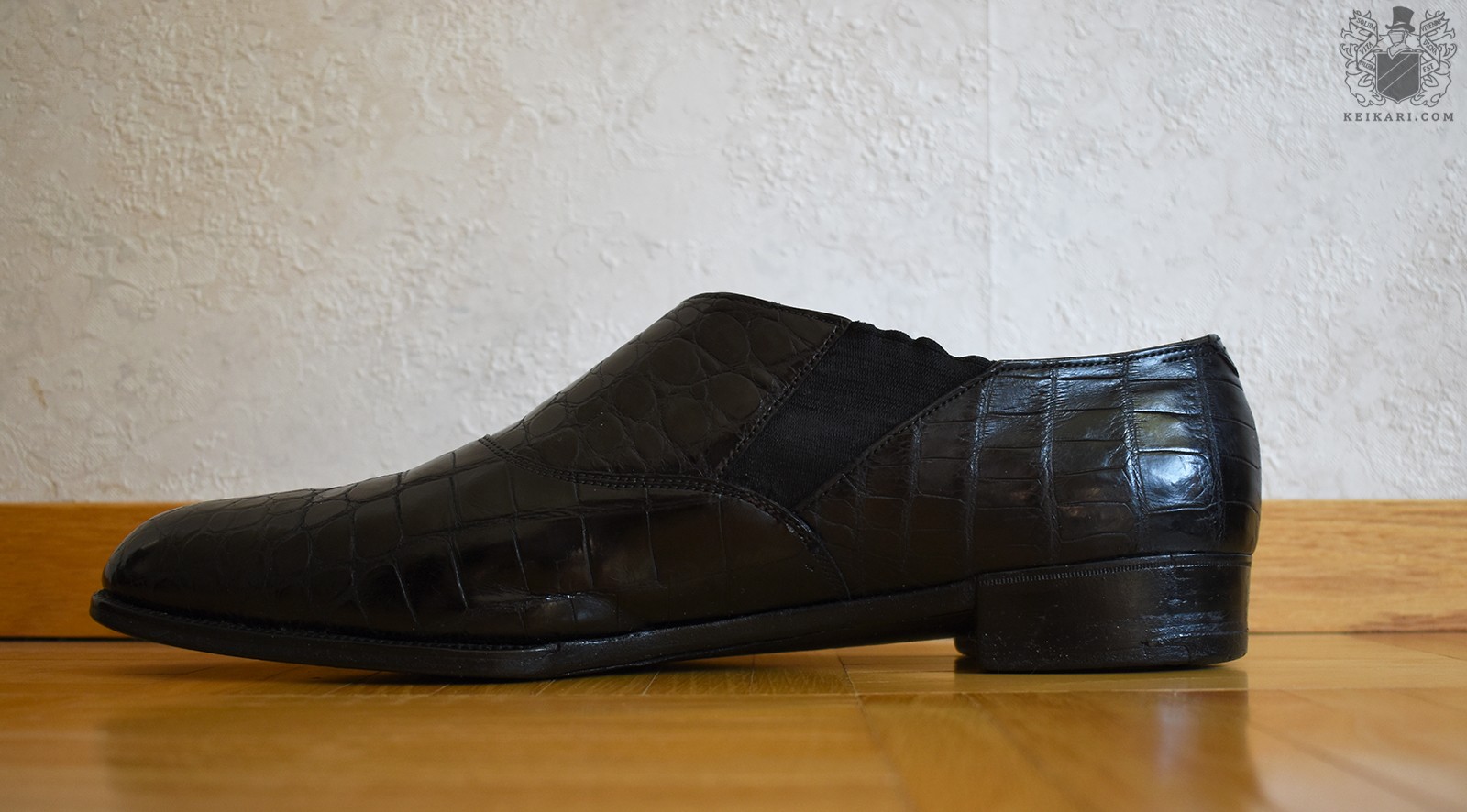 Today’s example pair is an elastic shoe made in the Tuczek-style from alligator leather. A short look at Keikari’s archives will remind the reader why that name is important. Cleverley and John Lobb Ltd. still market a few pairs in this style as Tuczeks. As Cleverley apprenticed and worked at Tuczek’s, his company’s orders were very much inspired by the legendary Nikolaus. 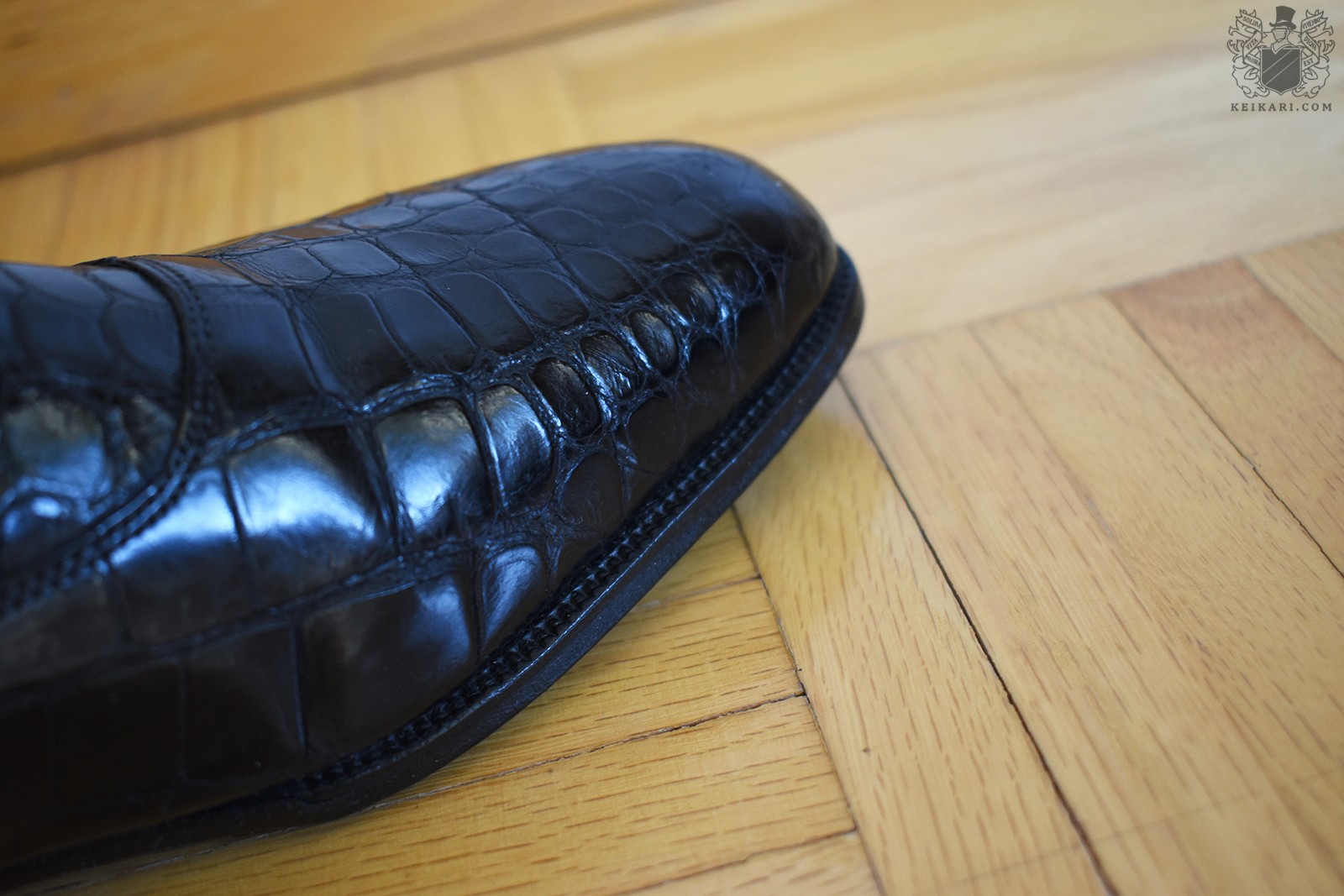 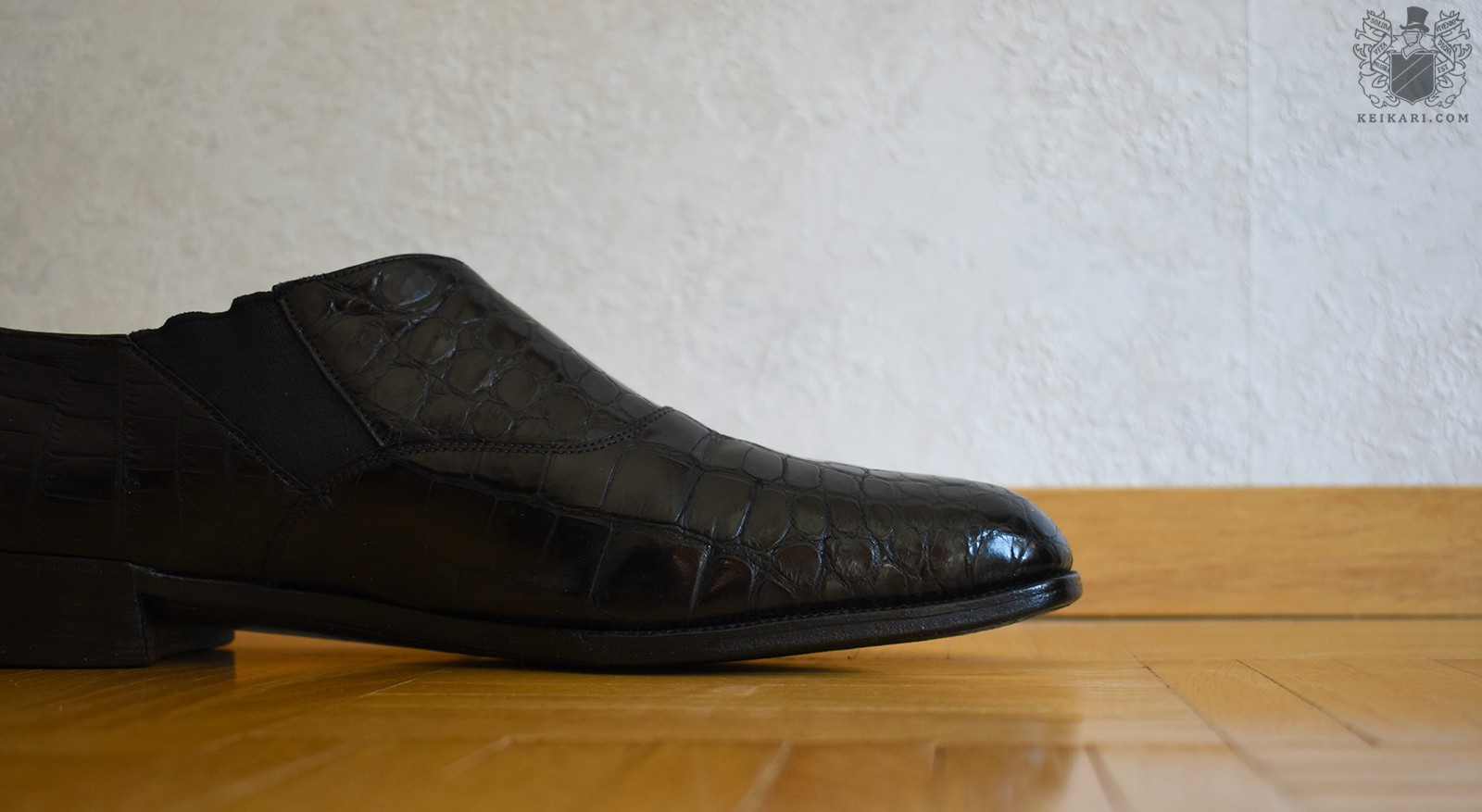 This pair doesn’t have that “suspiciously chiseled toe” that Cleverley has become known for, instead we have a softly squared one likely requested by the original client whose name is not recorded. The single leather sole is light and has a rounded, narrow waist and the heels disappear under the heelcup delicately. Both have nothing that sets them apart from those by other West-End shoemakers. The welt, on the other hand, is cut extremely close and has very clean stitching that nearly disappears into the fudging. 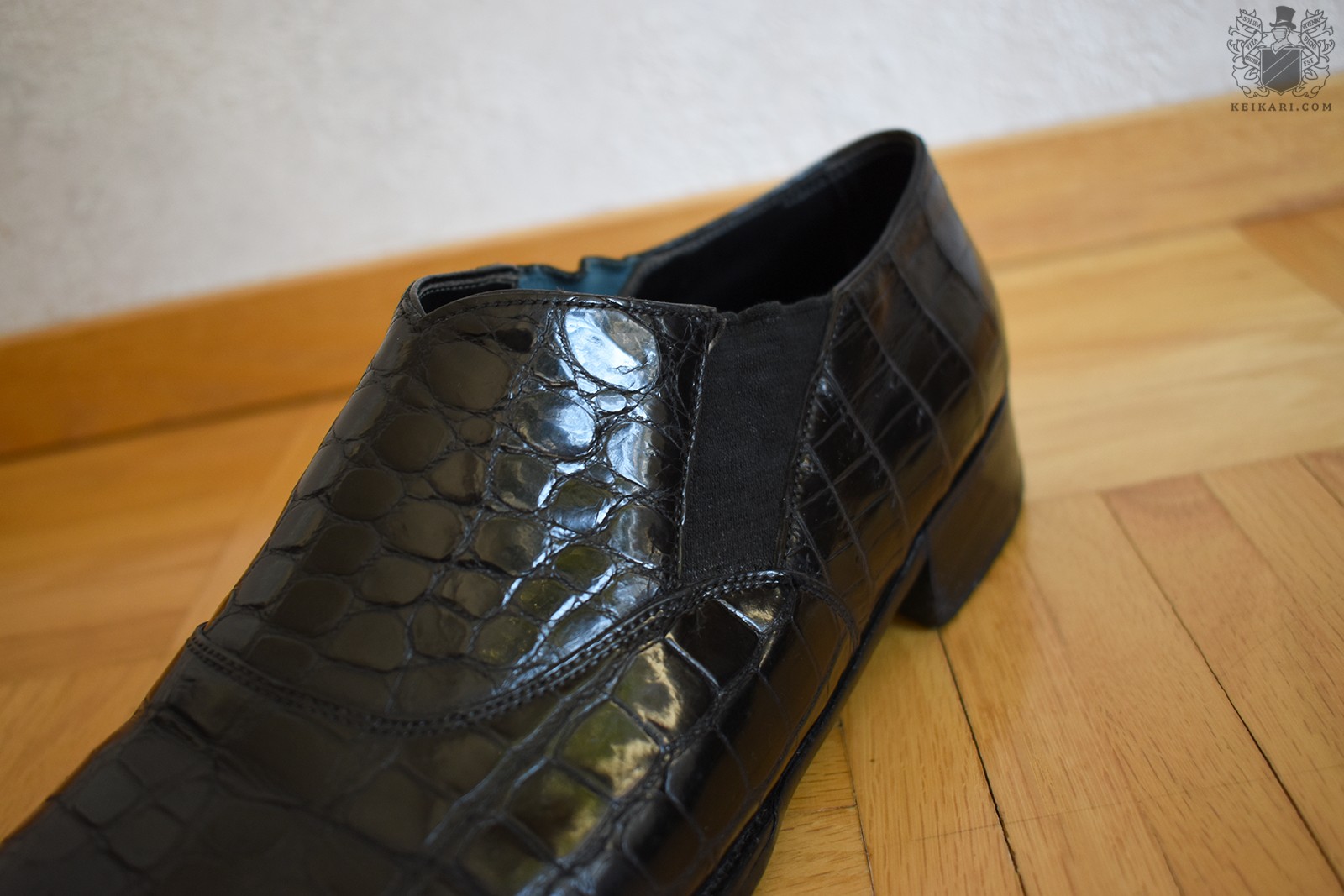 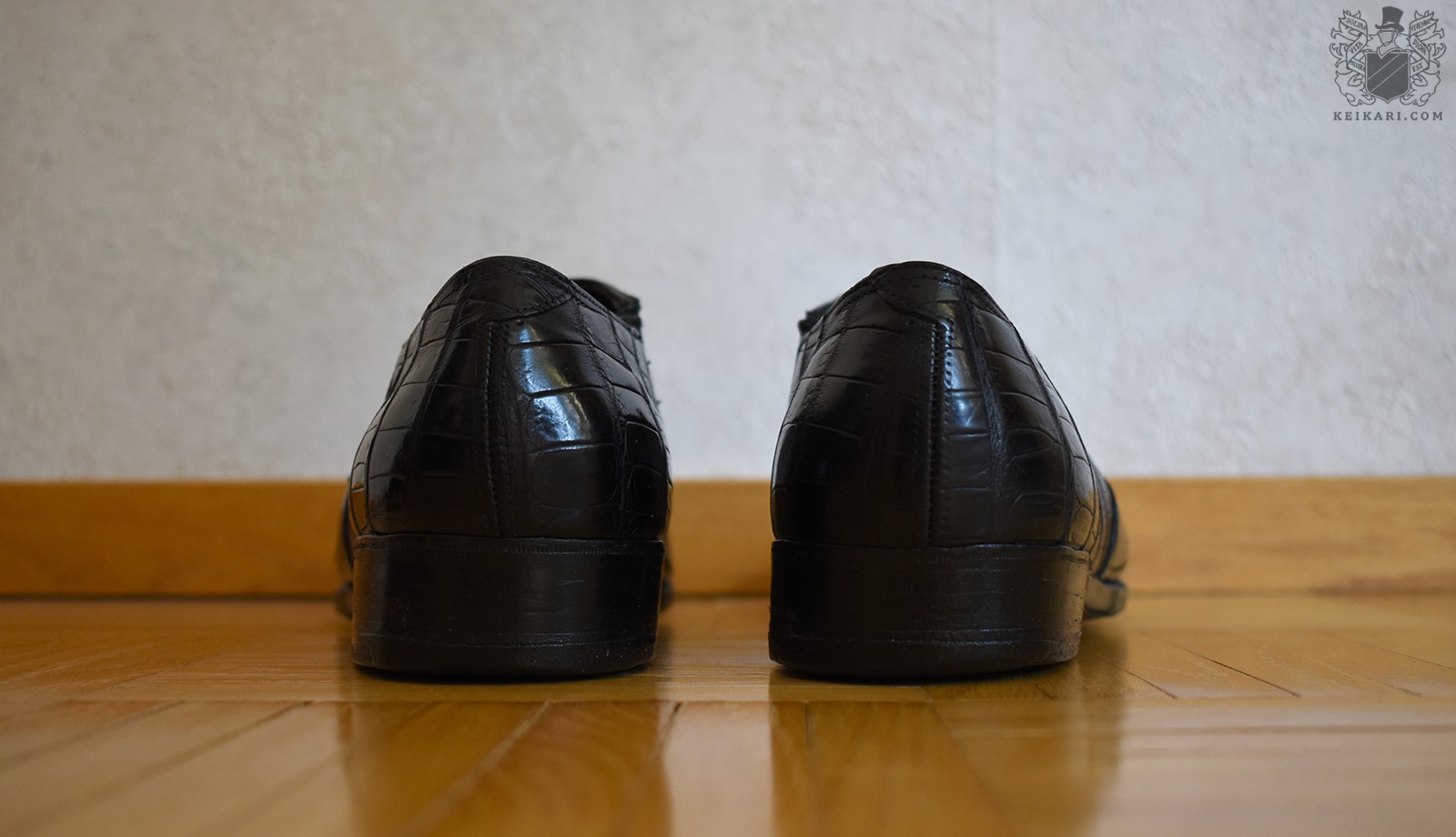 The heelcups look oddly straight from the back but the side profile is nicely rounded. The leather stiffeners inside are firm at the bottom but nearly disappear the higher one goes. The elastic is, as the name suggests, very elastic and has an interesting light blue colour on the inside. The lining seems to be made from leather usually cut for uppers, but it changes into linen at the front of the pair. For no smart reason I can come up with, the sockliners have no foam cushioning inside. The upper stitching is dense and neat all around. The alligator hides are simply stupendous. There is no cracking, very little creasing, and no scuffs at all. The hides feel soft and had a strong shine even before cream and polish. The scales at the back of the pair, on the other hand, don’t match the small and round belly cuts at the front. Looking online on the GJC website, this choice seems to be the norm for them still in the 2020s. The back scales are larger and square. 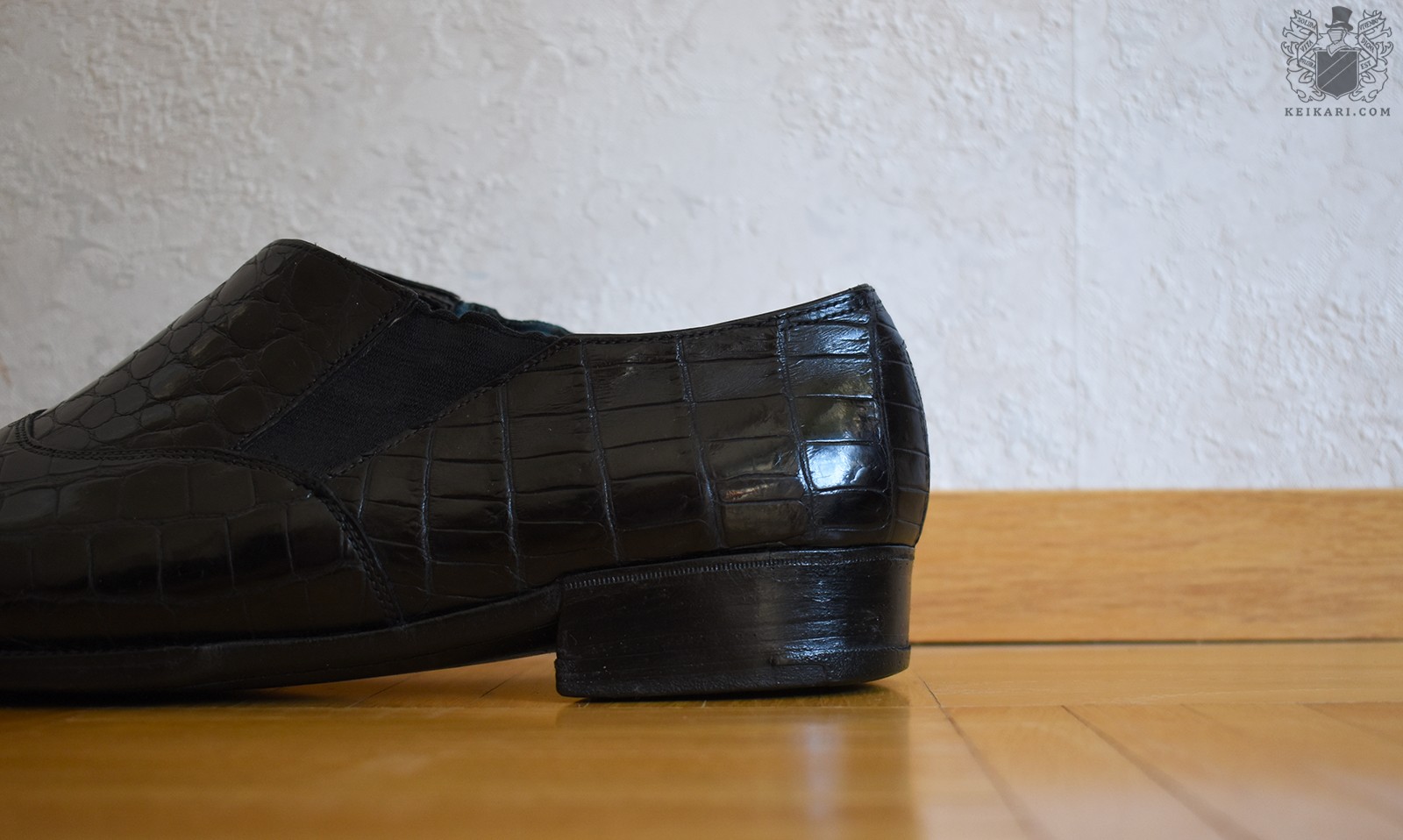 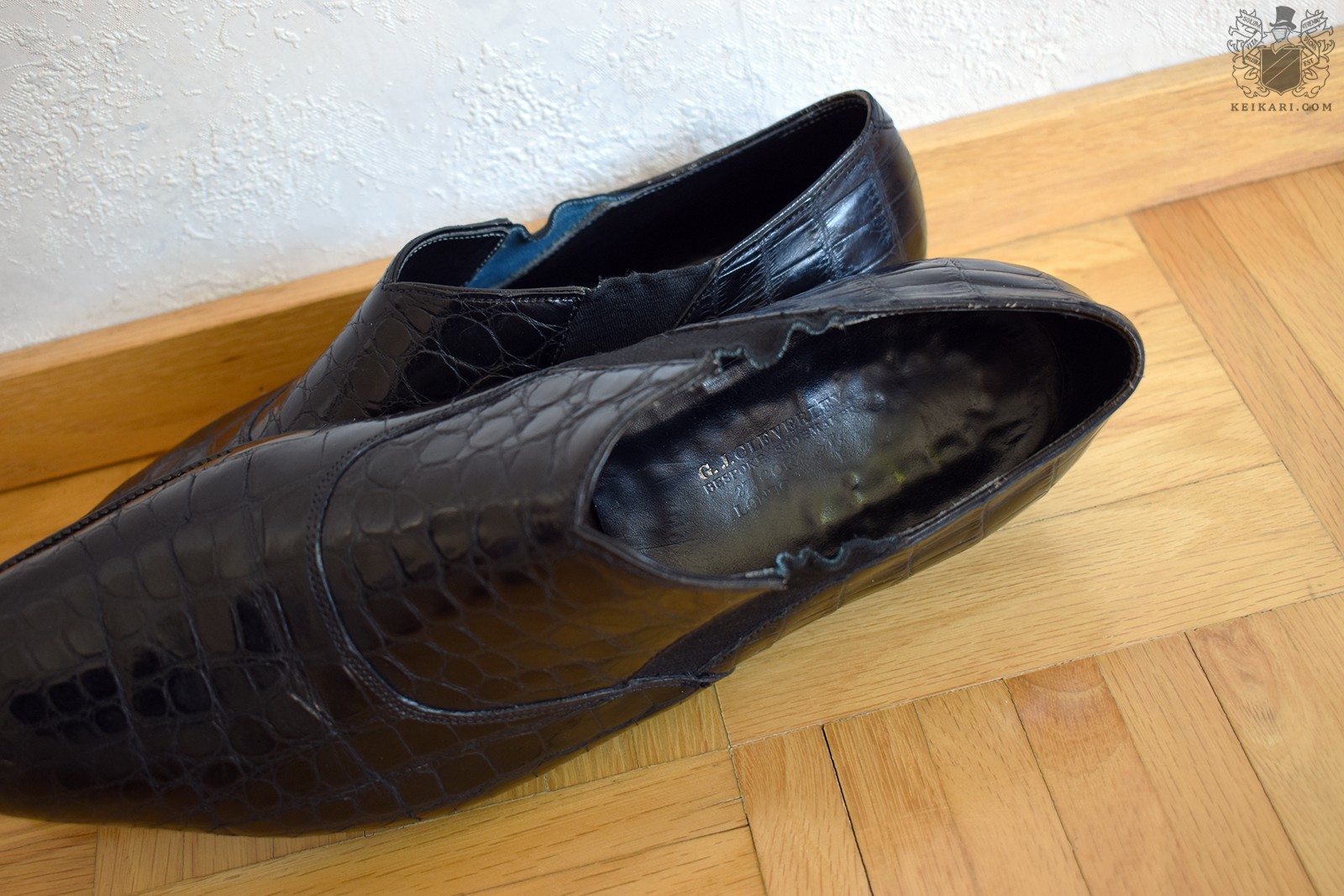 Finally, a word on the lasts. The proportions and forms on this pair look very clean, very smart, and (to use that ageless word) just timeless. The shoes are some half a century old but have no shapes or lines that would deter, though not all men appreciate the looks of alligators. To put this all in a single word, these feel proper. This would have appealed to the British gentry who, of course, wanted to look and feel apart from the hoi polloi but didn’t want to attract the wrong kind of looks. 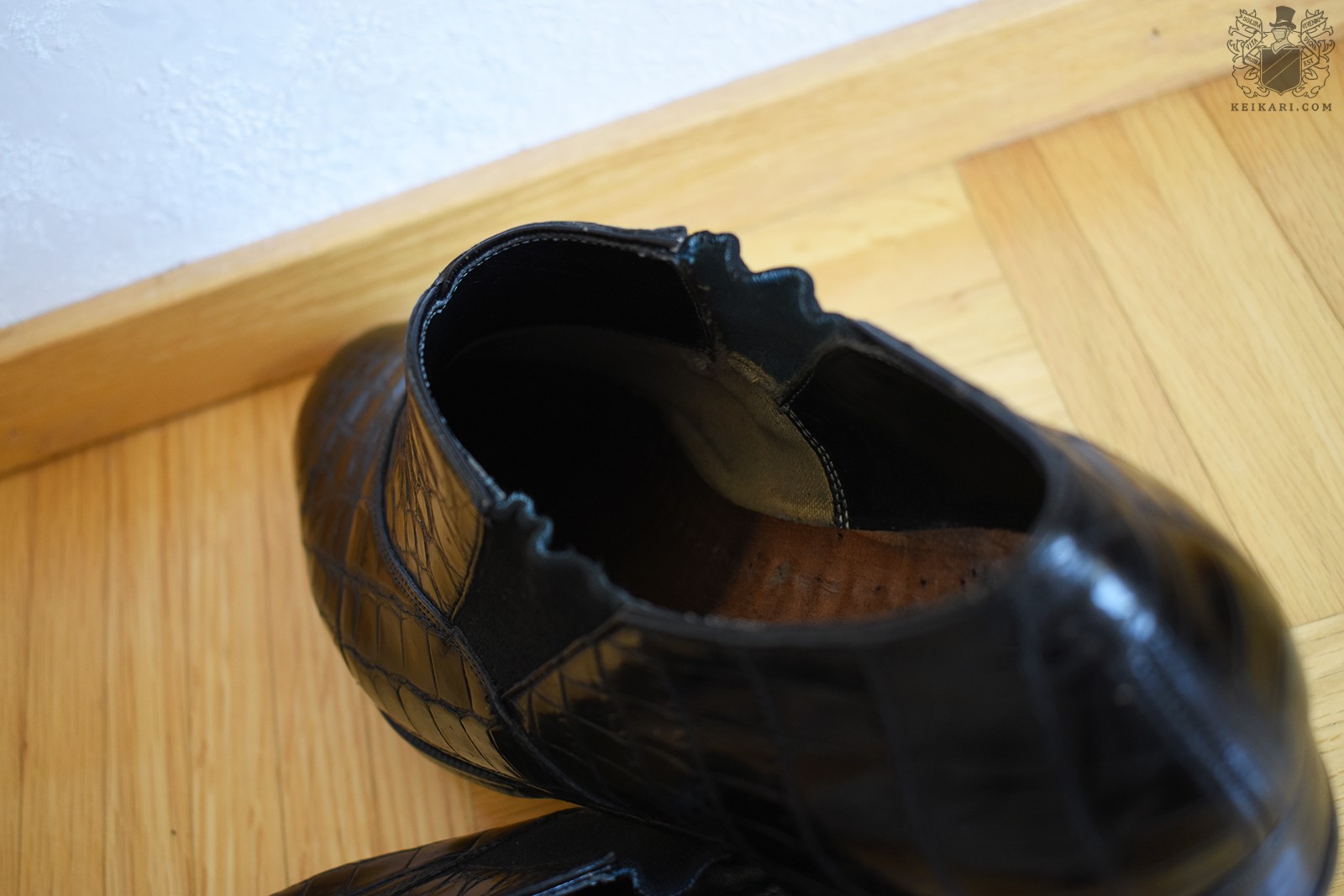 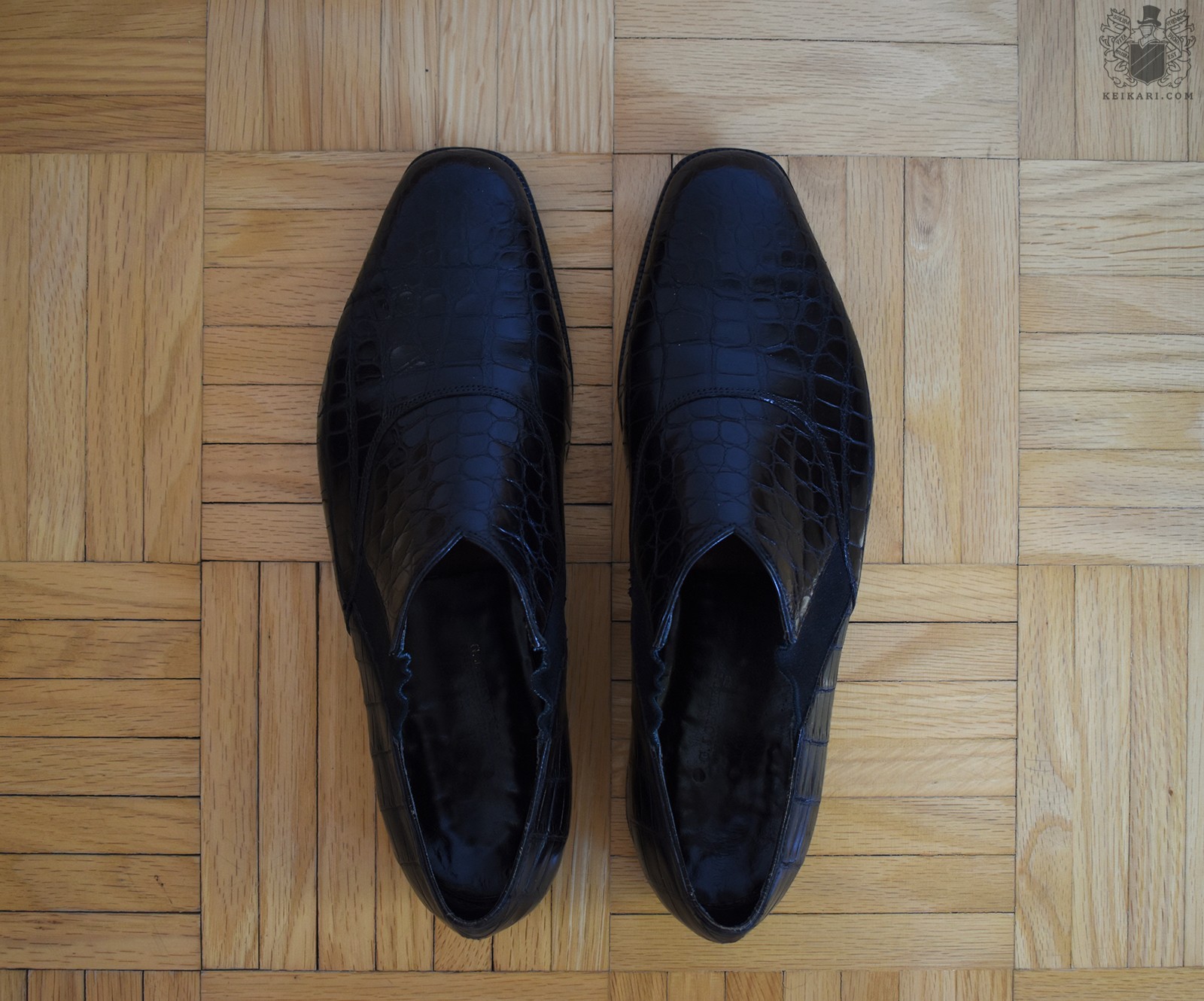 A proper appearance was the thing, though I’m unsure how alligator fit into this equation. I like to think that the pair was commissioned by an eccentric chap who wanted a smart pair for the club, and wore them only on special occasions. The closest RTW-lasts in current times to compare to these elastics would be those sculpted by Edward Green. Their forms look proper and never stick out. In sum, I feel Cleverley earned his reputation by being dependable, within reach, having a high enough quality, attracting the right kind of clients, and offering comfort as well as looks. Yet from what I’ve seen, the company’s shoes were nothing conspicuous or otherworldly or awe-inspiring. Simply proper. 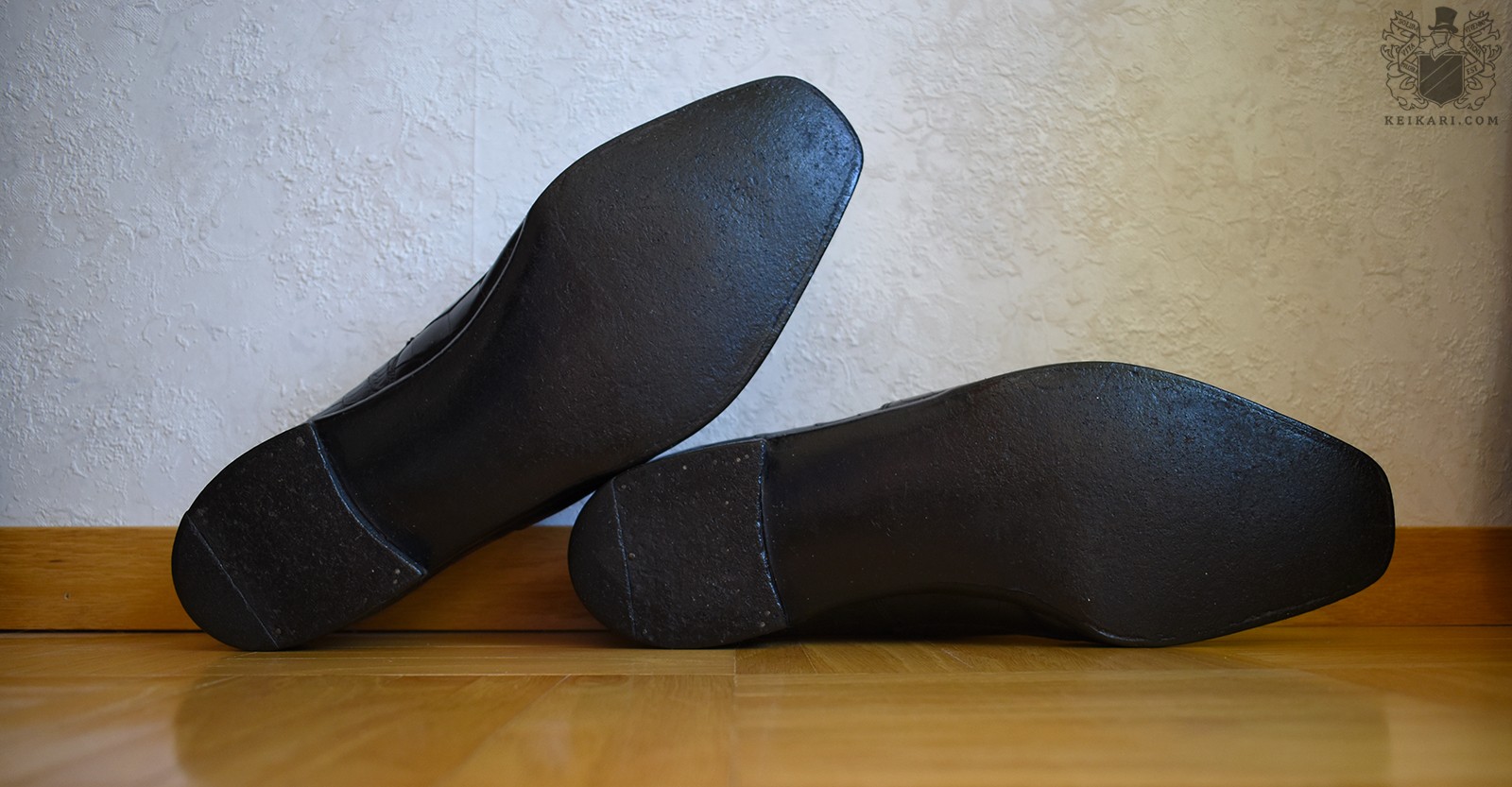 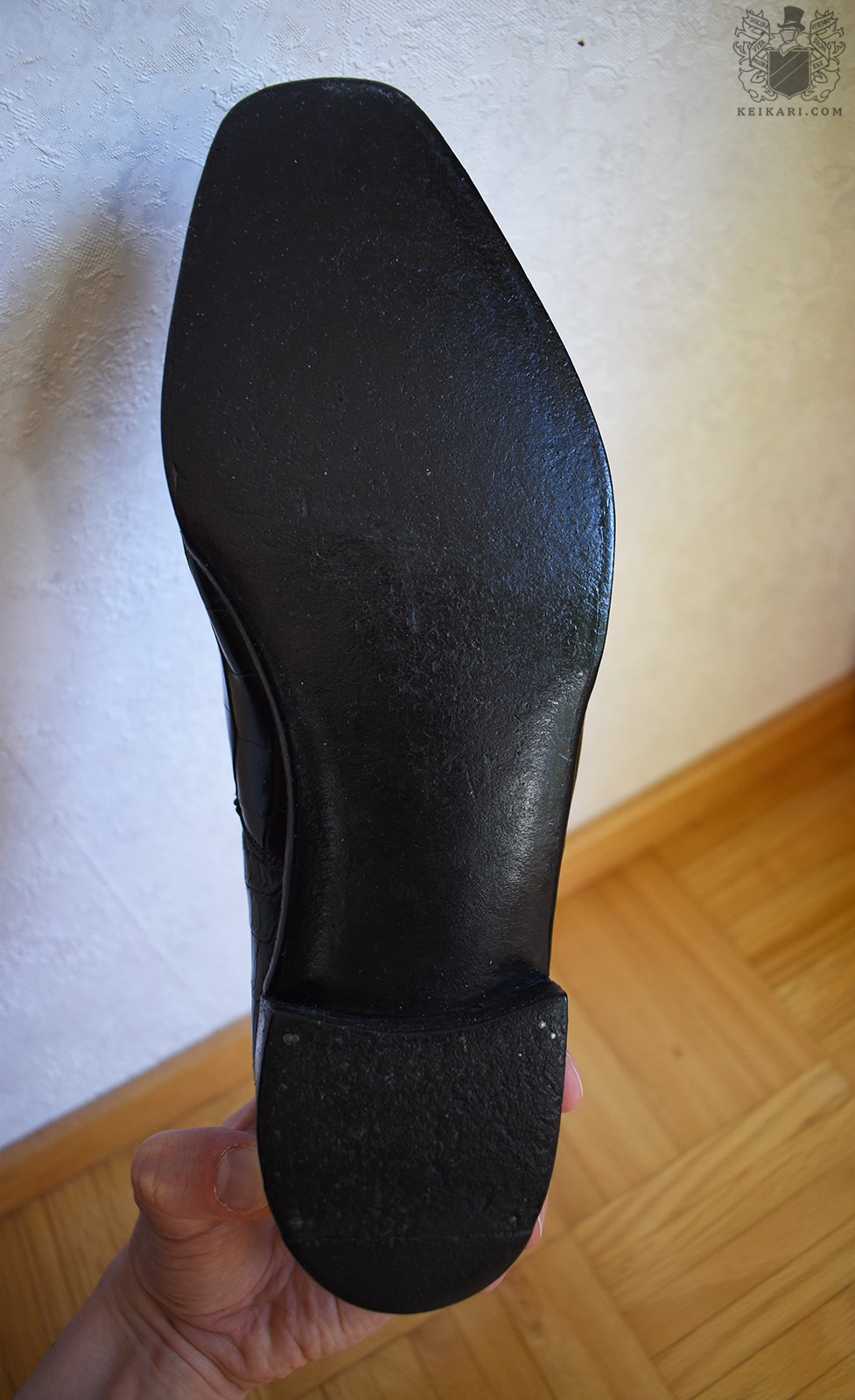 Coincidentally, the fit of the pair was off for my feet in the end and I have put this pair for sale online. If the reader happens to wear size 7 or 7.5UK with a regular shape of foot, a message to me would be welcome.

BESNARD: a Menswear Company »
« Bookster: a Made to Measure Tweed Coat