Dandyism.net is back. The site took a virtual grand tour (or hiatus from creditors) while its creator delved deep into traditional, natural-shouldered American dress over at Ivy-Style. Very true to its name, Dandyism.net spreads the wonders of dandyism for the man who cares. English social dandyism and French literary dandyism shake hands as the site’s main men, known as The Junta, unearth lesser-known dandies, turn their biabolical monocle on books on the topic, pass judgement on the forum or share articles and reading tips for the eager student.

I feel the site is worth a look for any man with a penchant for dressing well. There is much to learn of what’s been said or written about the phenomenon before, and French literature is never wasted on a humanist. There’s Beau, too. While Beau Brummell never wore a suit, much of his dicta are with us; woollen cloths instead of silks, a restricted palette, fabrics following the natural contours instead of creating new ones, navy blue colour, tidiness and that indescribable something. I could call it je ne sais quoi, but that would be very jejune of me. 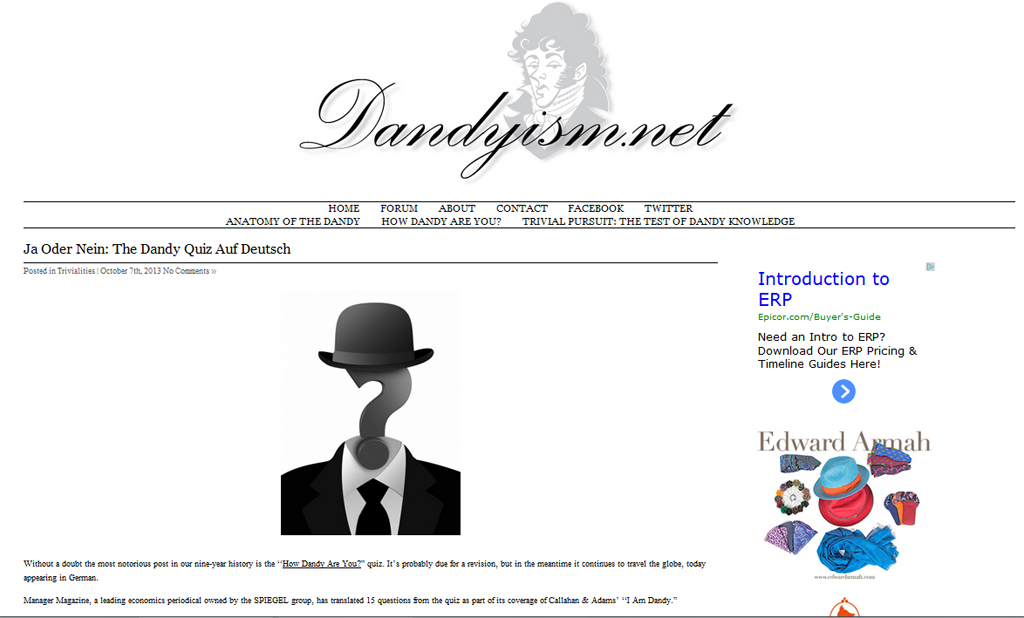