TLB Mallorca, founded in 2018, is a new shoe factory that’s gathered a bit of praise online. Its eccentric name comes the initials of the founder, Toni Llobera Barceló, who used to run the factory operations of another Spanish maker, Yanko. TLB operates from Mallorca and caters to the segment of medium-priced Goodyear-welted shoes in classic models. 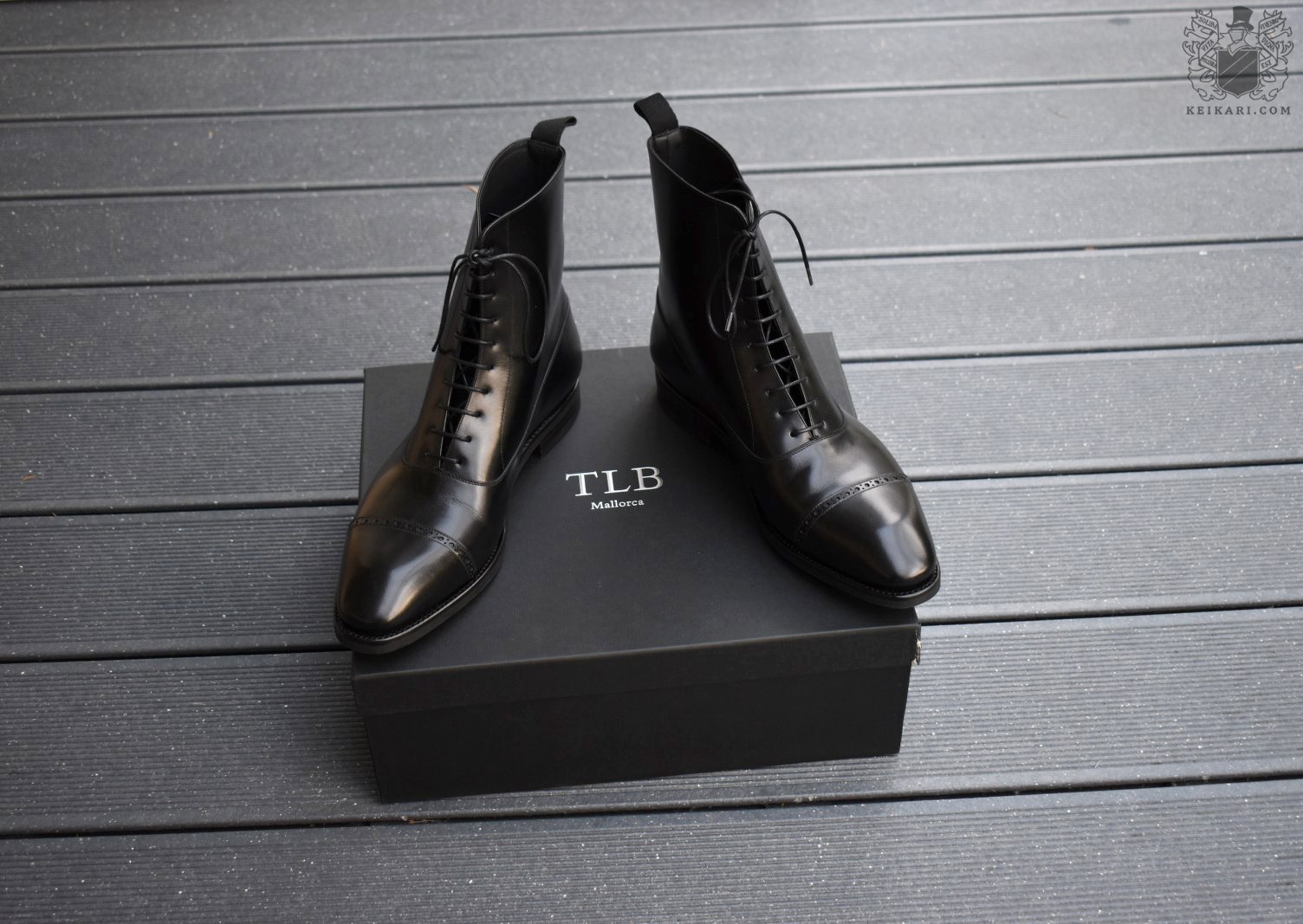 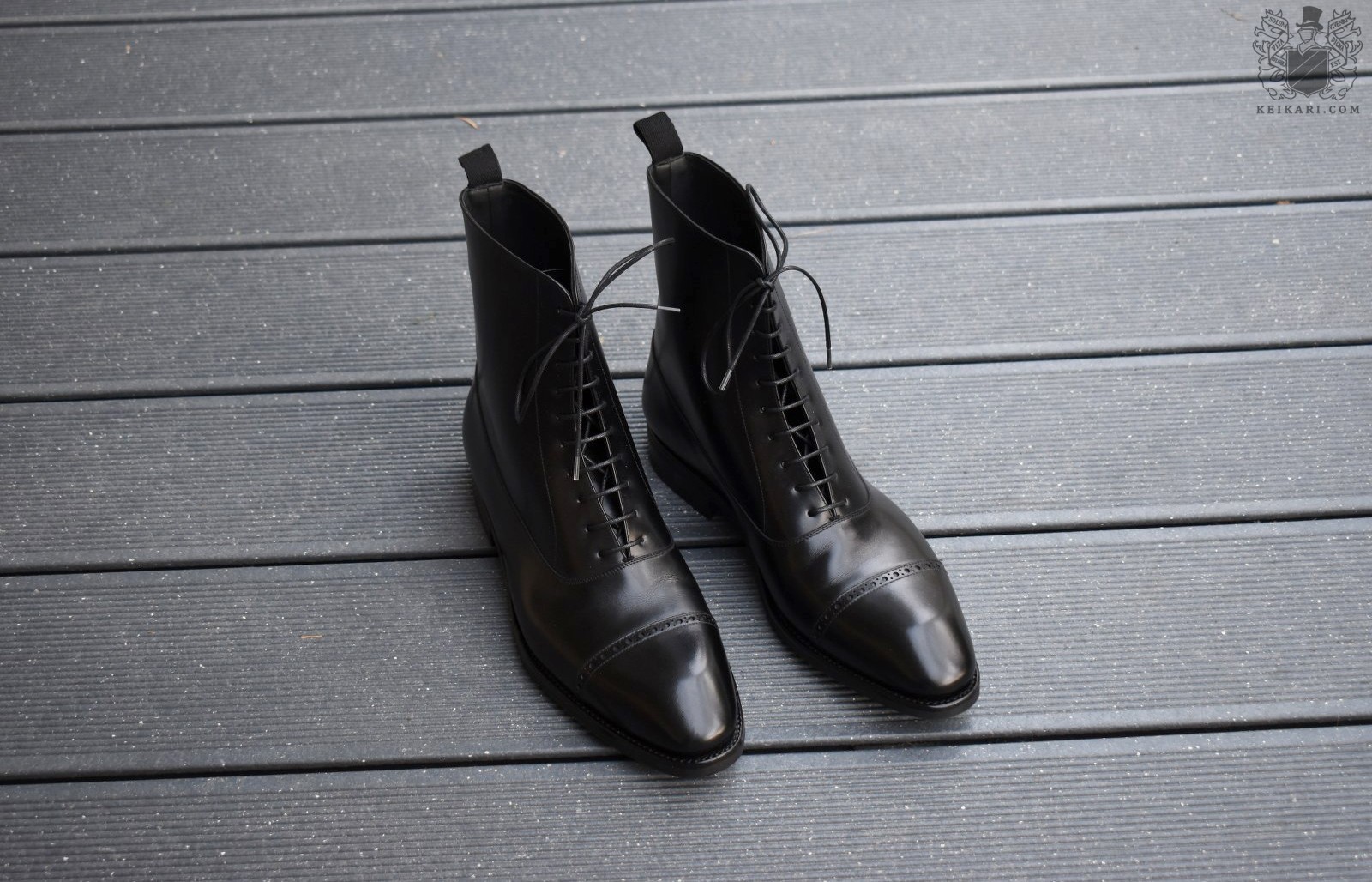 Apart from their regular lineup, they also make a higher grade of footwear called Artista that’s gathered rave reviews. The factory’s calfskins come from France and Italy, the welts are cut close, and the lasts are shaped to middling proportions. Neither aggressive nor (John) blobby. I’ve had my eye on the maker for quite a while now but had no prior knowledge of their regular lineup. Luckily Pediwear, the long-established English retailer, sent over a pair for Keikari’s perusal. 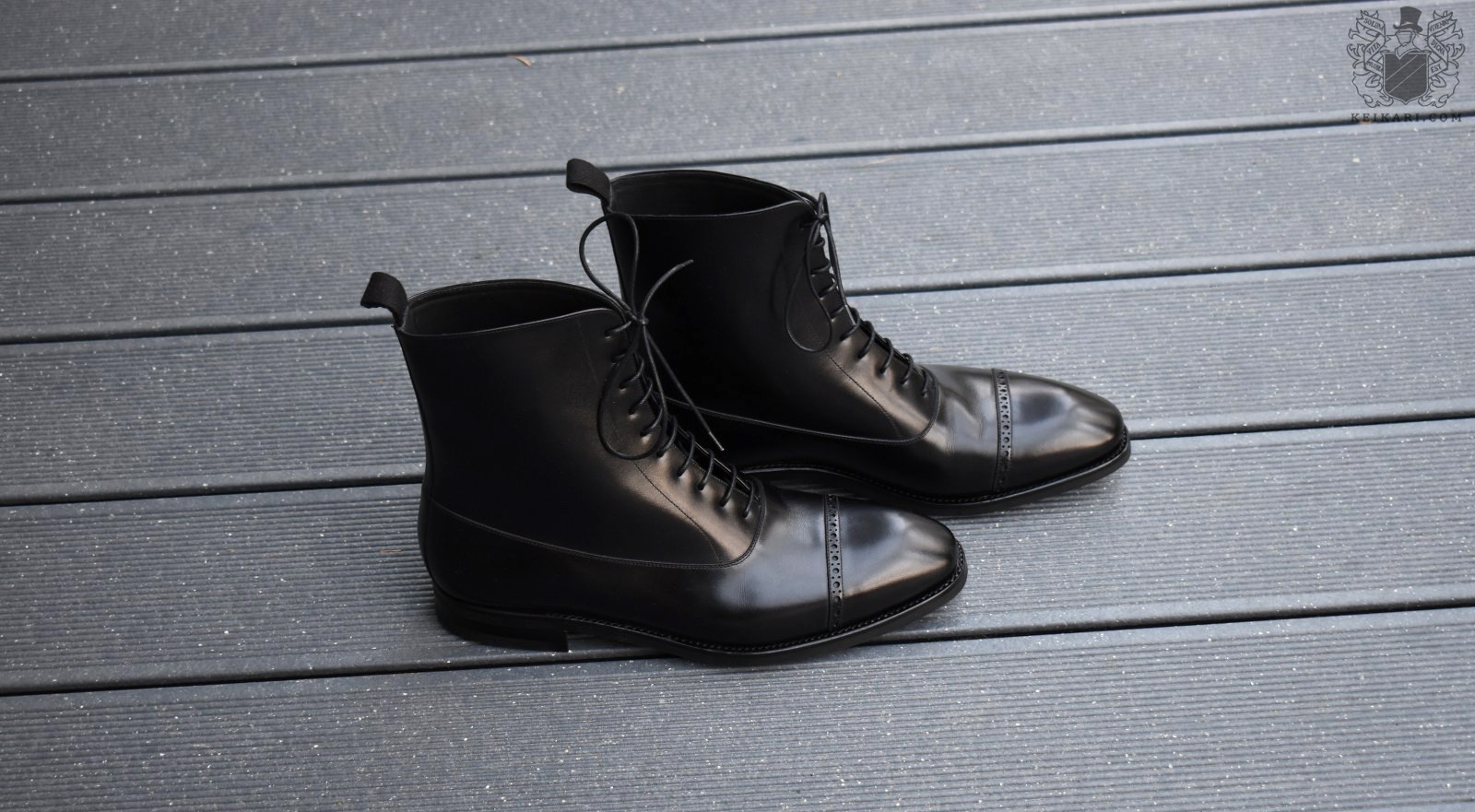 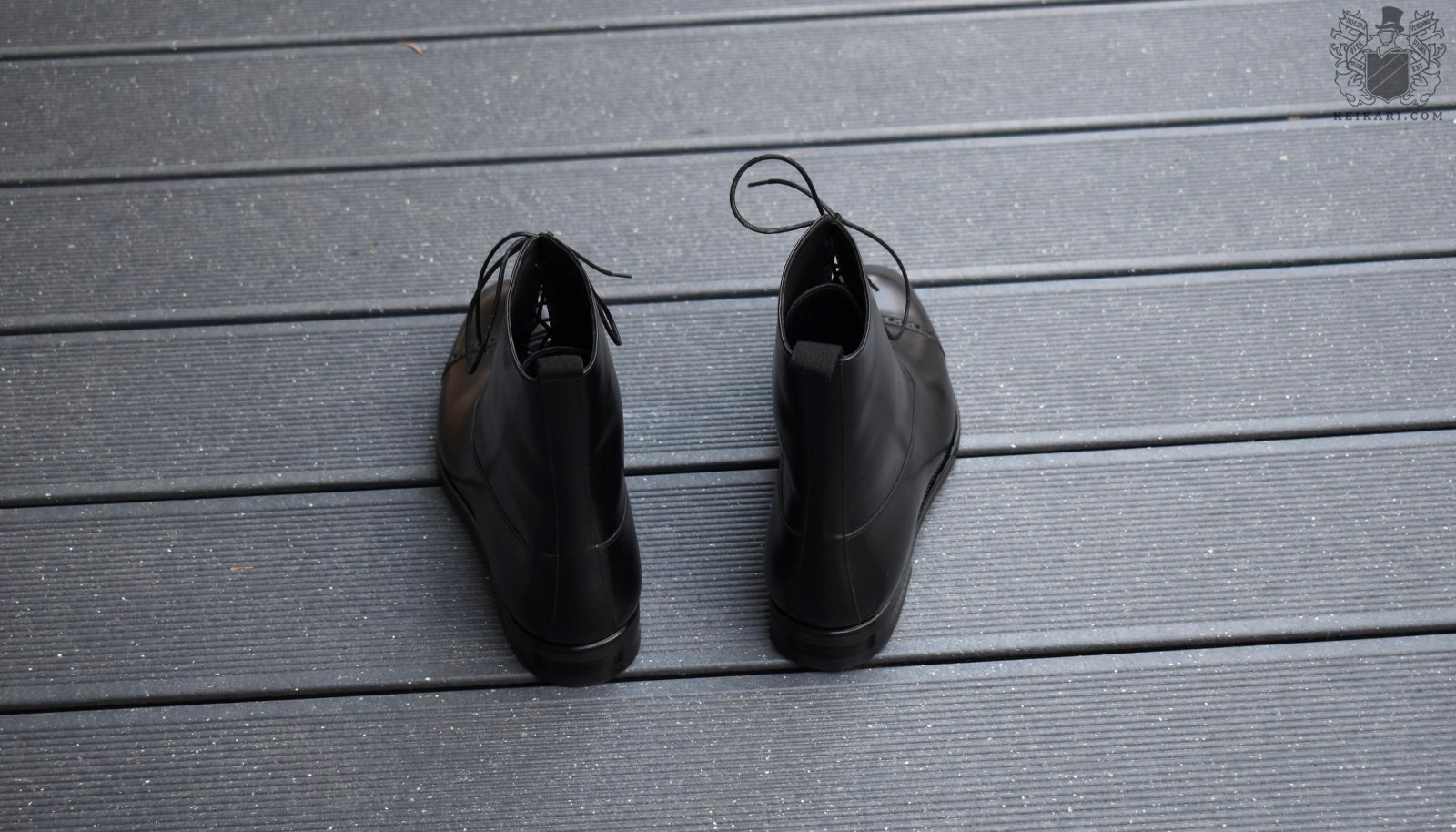 The Scott-model is TLB’s version of the dressy balmoral boot, which was likely the most popular men’s boot style up until the 1930s. After a few World Wars, men just didn’t take to formal clothing as before. Then balmorals shortened into oxfords and these are worn year-round. Still, the oxford is not as useful when the winter chills arrive and there’s still enough interest for dress boots to ensure production. This boot has a high shaft with 10 eyelets, enough to protect any ankle from wind and rain along with the rubber sole. Despite its look, the factory’s rubber sole is not Dainite-make but a similar mixture with a similar grip. 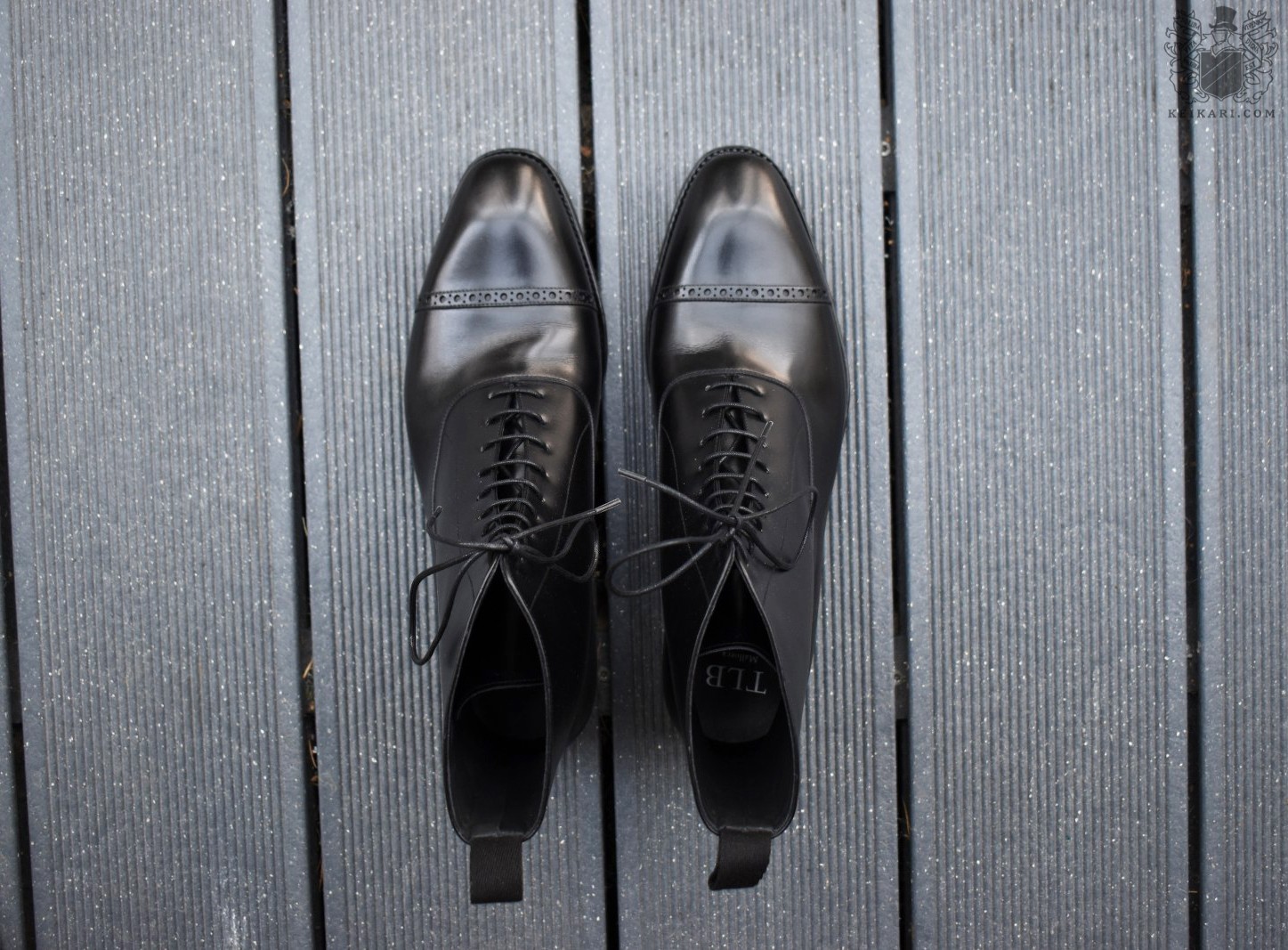 What separates Scott from other balmoral boots is the full leather stiffener inside the heel. On most others, this vital supporting part is plastic or a mixture of ground leather and glue. Another point of interest is the lining, which is calfskin instead of cowhide. Leather stiffeners will likely last longer and will surely conform to the shape of the heel better. The uppers are smooth calfskin with a few thin veins and a strong smell. 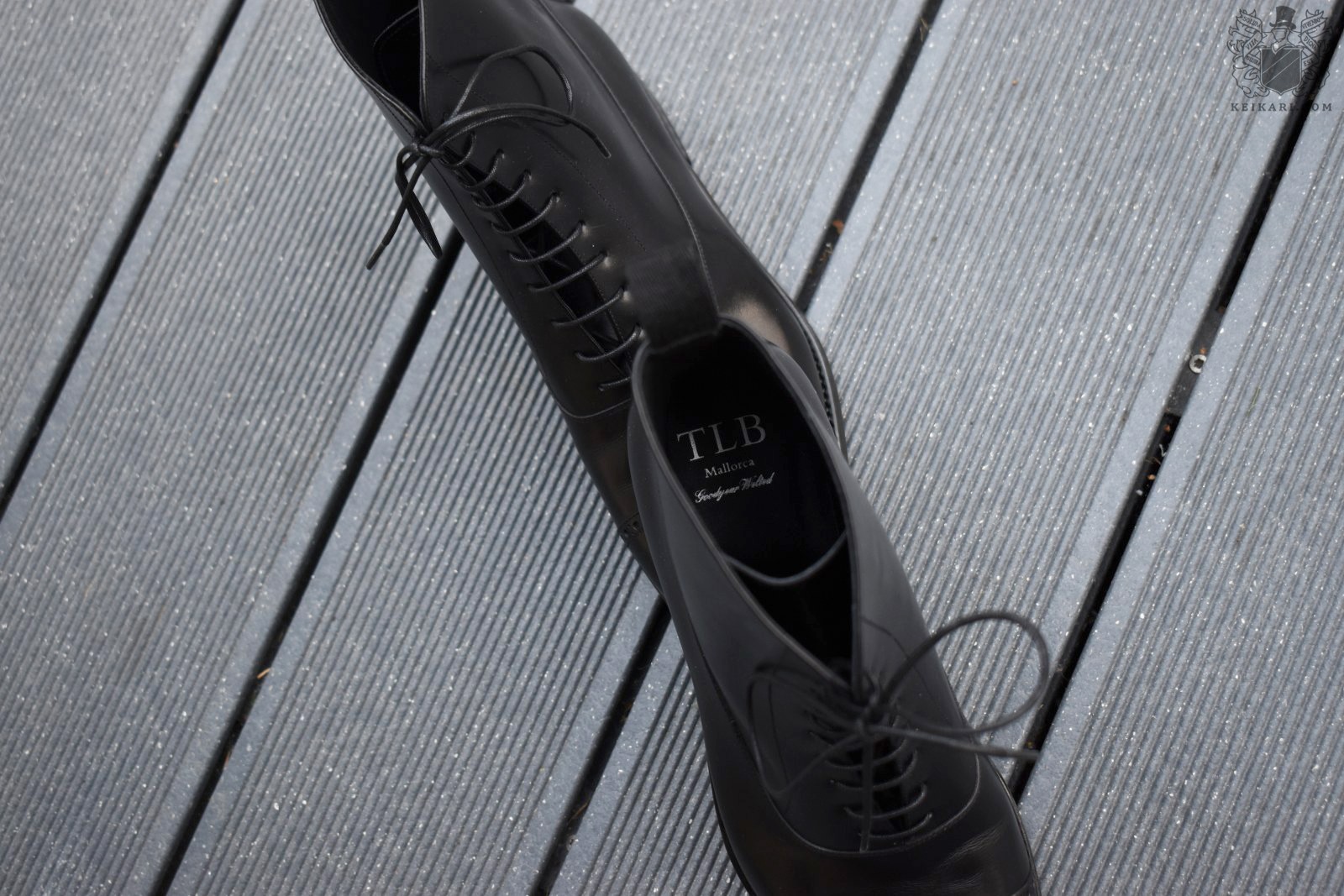 The boots are made on TLB’s softly square Alan-last which curves moderately around the heel and around the waist of the sole. The fit of the last is regular around the ball of the foot, but the fit is higher than what I usually see on top of the toes. The instep is again regular, but the top of the shaft remains loose. The last will not likely suit men with low feet or narrow ankles. The lining feels soft but stickier than most. 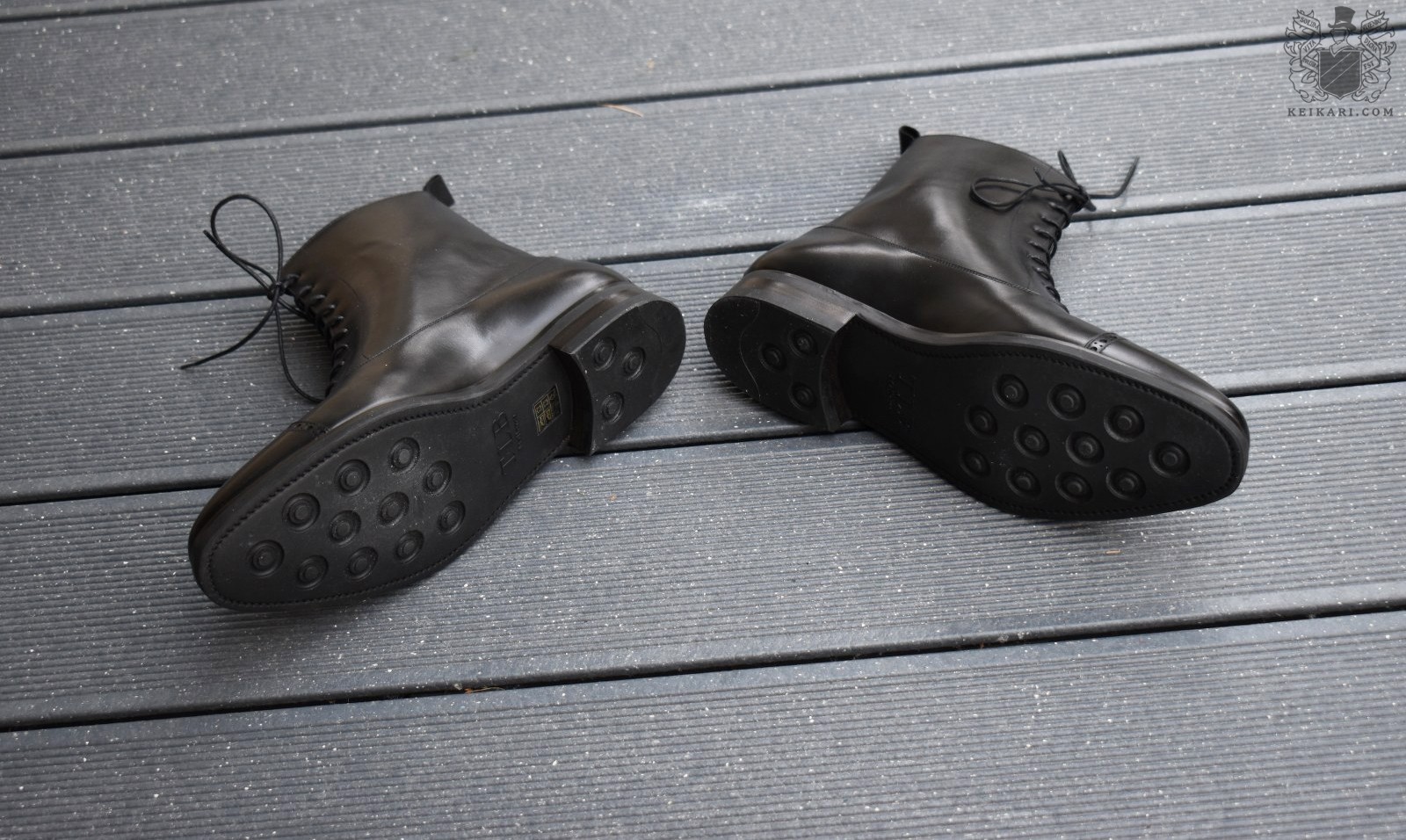 The boots have handy pull tabs, the welt is cut close and tidy. As the shaft is higher than usual, the model will not likely please men who want all things in life and fast and easy as possible. It takes a while to untie all the laces and manoeuvre the feet off, but the look is formal. As for the design, Scott is as classic in proportions and look as a balmoral can be. This will please the traditionalist. Ultimately the leather stiffeners and higher shaft set TLB’s version apart from others.