An Interview with Ian Anderson

IA: I just turned 31. In menswear circles I’m mostly known for running the blog From Squalor to Baller, and I also helped create the brand Lost Monarch, which I just launched with a couple of my good friends. 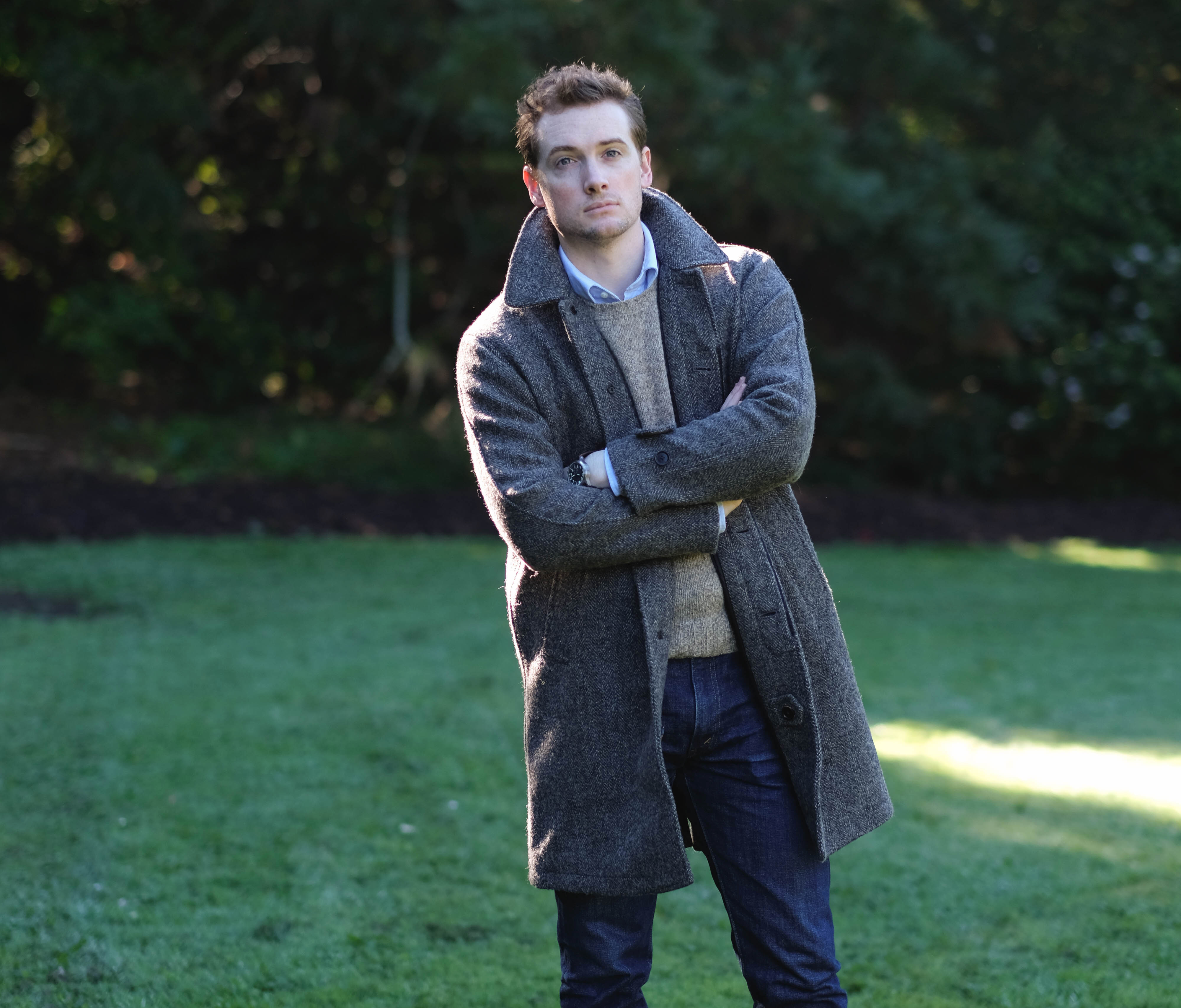 IA: I studied structural engineering in college, which led me to California to get my Master’s degree at Stanford. After I graduated I worked as an engineer for a couple of years and completed my license before transitioning to the apparel industry. 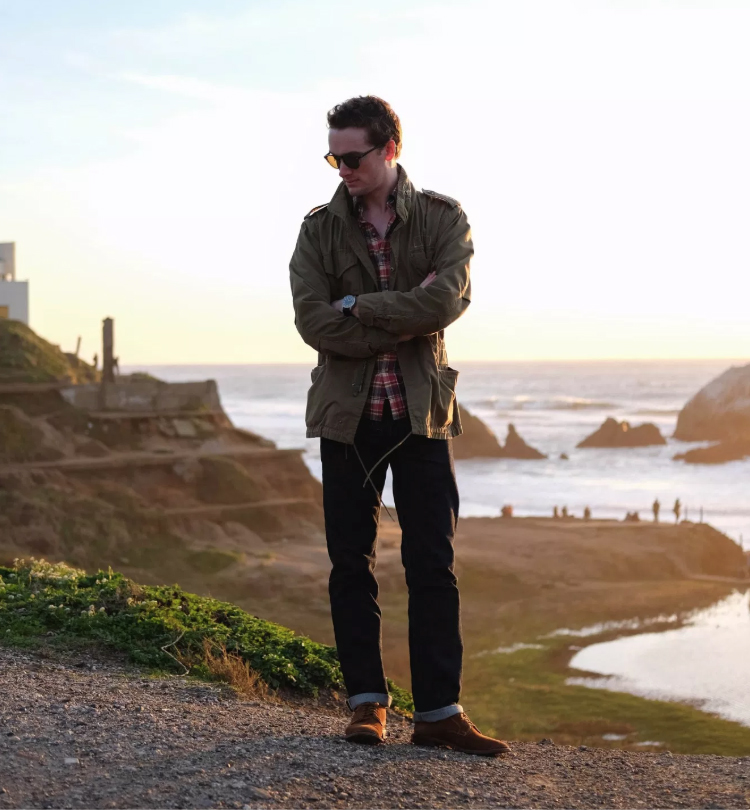 IA: I wasn’t a good dresser at all when I was young. I liked the idea of dressing well – I wanted to feel the confidence that I assumed would come with it – but I had no idea how to execute on it. These were the early days of the Internet, I lived in a small town, and my father was more of an outdoorsman than a city-slicker, so there was no good way for me to learn the basics of how to dress well.

IA: I have always loved playing music, and aside from studying jazz piano in college I also play a lot of guitar and do a good amount of singing. I used to perform regularly in bands and vocal groups before I moved to California but since then I haven’t taken the time to get back into it. I hope to soon though! 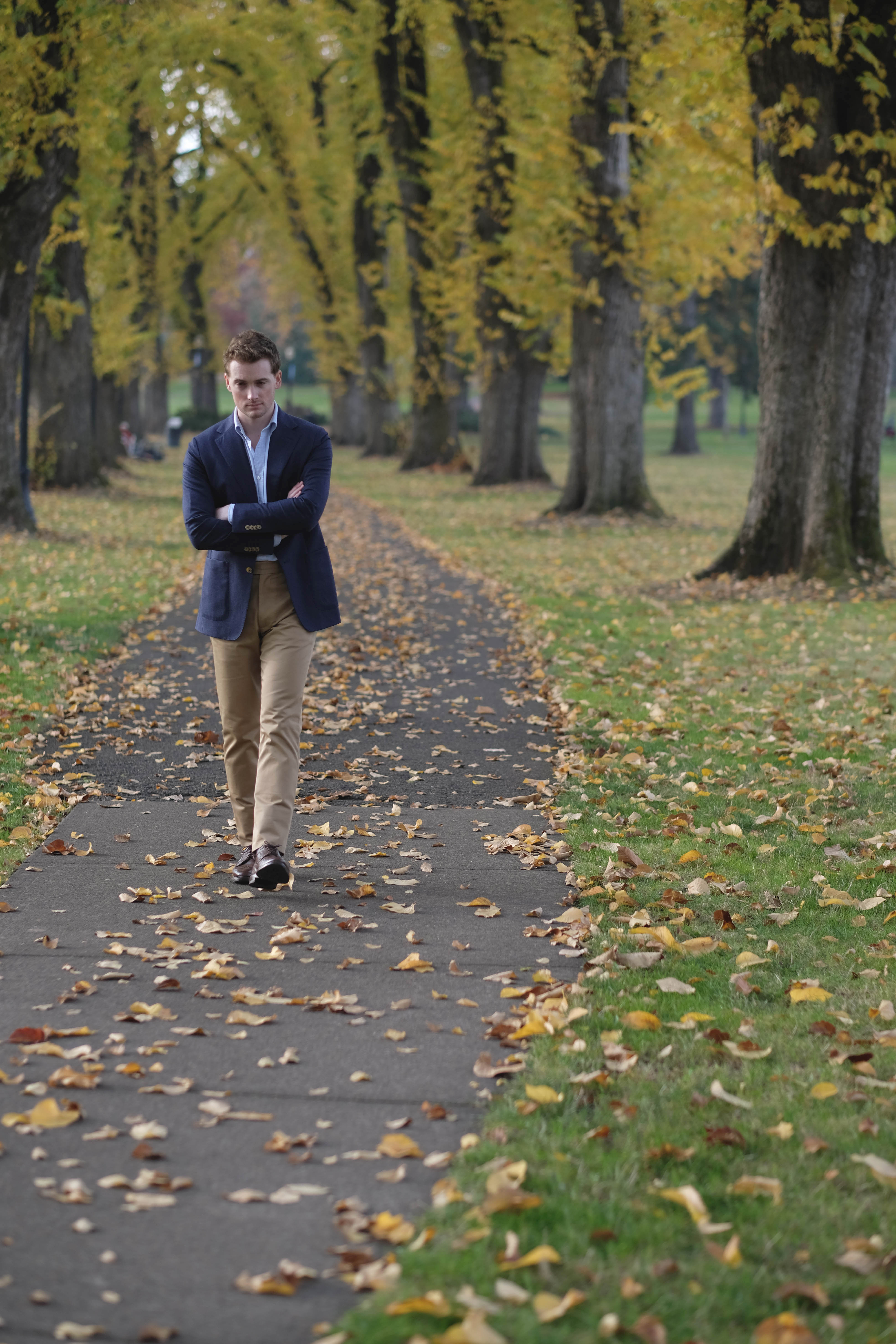 IA: Although I’d always been curious about clothing on a conceptual level, my interest in men’s clothing began in earnest when I was starting graduate school. I was working on my Master’s degree and suddenly realized that I would need a major wardrobe overhaul when I entered the workforce after graduation. I spent a good amount of time learning about clothes and slowly creating a professional wardrobe in order to prepare for life after college. My college-kid thriftiness made me concentrate on buying only the most versatile items that I could find. It also made me focus on quality and getting as much as I could out of every dollar I spent. Now that I’m out of college, I have a bit more flexibility in what I can purchase, but I still find myself drawn to the most basic and pared-down items. 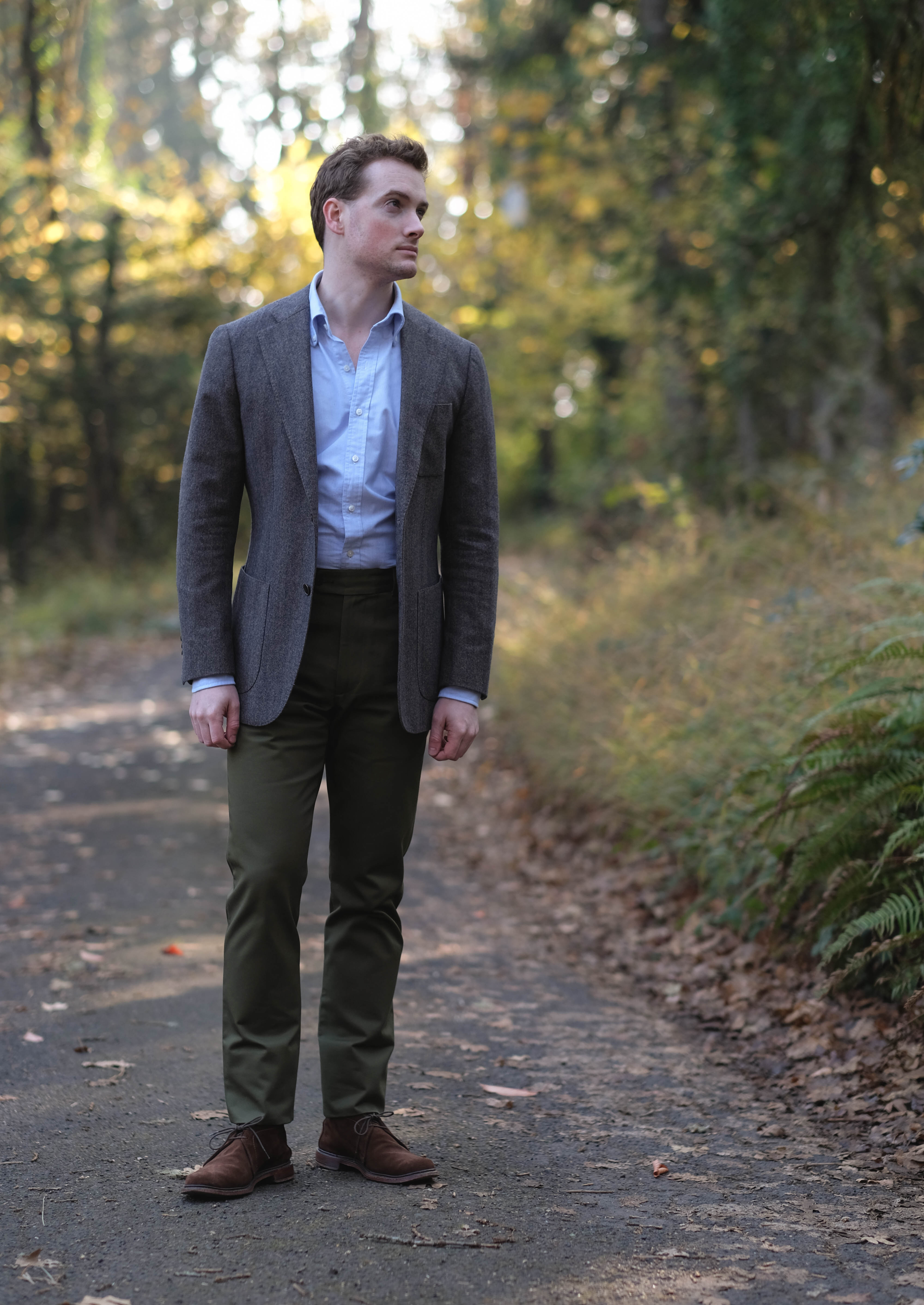 IA: Online resources like Styleforum and blogs were my main source of learning when I first became interested in clothing. As I have gotten more involved in the industry I’ve had the fortune of meeting many professionals with much more knowledge than me, along with visiting factories, tanneries, and other fascinating places. I’m also currently taking coursework in pattern-making, which has given me a whole new perspective on clothing design and production. There have been many times when I thought I understood some aspect of clothing well, only to learn that it was much more complicated that I ever could have imagined. VR: Why did you decide to set up your blog, and what goals did you set for yourself in the beginning?

IA: I started my blog in 2012 because I needed a creative outlet — I was working as a structural engineer for a large international firm, and doing 50 hours of math every week was really sucking the life out of me. I wanted to give myself a place to write, and since I had become so interested in clothing it seemed like the perfect topic to begin writing about. Much to my surprise, people began reading my blog and so I decided that I would have to start doing a better job of creating content. I bought a good camera, set up a website and a domain, and decided to write articles that I would have liked to read when I was first learning. I’ve never wanted to turn my blog into a full-time project, because I like having the freedom to write whatever I want without having to rely on it for income.

VR: Have you any particular style or cut philosophy behind your own clothing?

IA: My north star for dressing well is context. I know a lot of guys into men’s clothing are very adamant about “dressing for yourself,” but this has never really been important to me. I think that the guys that wear suits to the office when it’s not required at all are more like cosplayers than good dressers. I want to leave the impression of being put together without wearing clothing that intentionally sticks out.

IA: I never really turned to celebrities or industry people for style inspiration, it just never felt relevant to my lifestyle. My greatest inspiration for my style is my grandfather, who was an East Coast business guy who ended up becoming a Wyoming cowboy. His style always shifted to fit his surroundings and he always looked sharp, whether he was wearing a navy grenadine or a bolo tie. 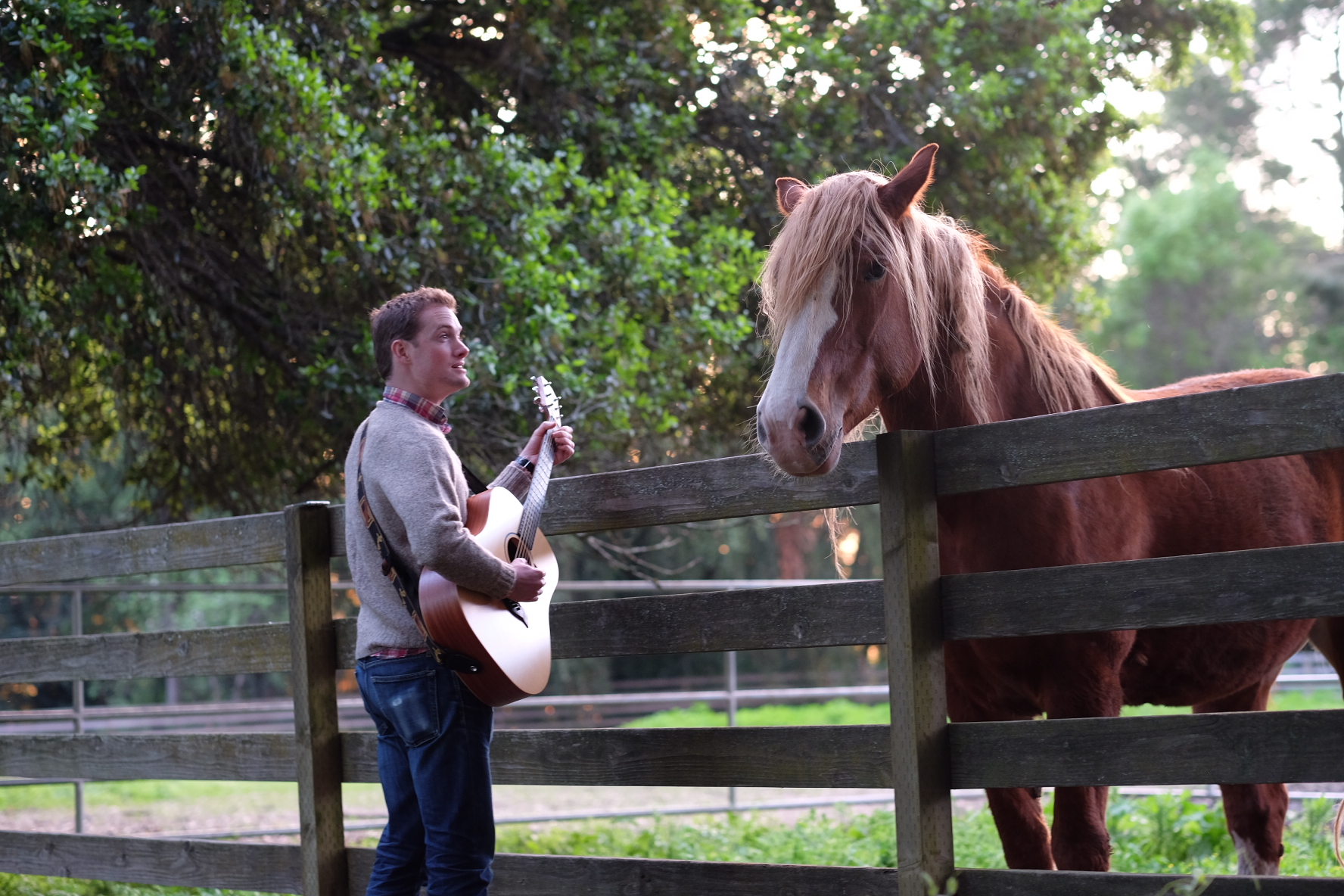 IA: Simple, unassuming, easygoing. I don’t take a lot of risks with clothing, and I mostly dress to blend in. For me, the joy of clothing comes from nailing the small things and savoring the details rather than creating a strong impression on those around me.

VR: You work on the tech-sector, which is infamous for low standards in dress. How do you manage to follow your style and not stick out too much?

IA: I think the first step is to not conflate informality with lack of style. While I do love formal clothing, it’s still very possible to dress well while also dressing in a casual way. San Francisco also has a long history of denim and workwear (and some of the best stores in the world for those types of products), so that comes into play as well. For me, I try to dress well while also staying within the level of formality of my workplaces (most of the time, at least). This means focusing on small details rather than wearing loud or overly dressy clothing, and learning how to incorporate tailored clothing into a more casual wardrobe.

VR: Finally, given your expertise on the subject, how can a man of the 2010s dress with style on the tech-sector?

IA: I think one of the reasons that style-conscious men gravitate toward tailored clothing is because it is so logic-based; all of the rules and principles help someone look pretty good without having to know too much. Casual clothing is more difficult to execute well because there are no strong guidelines – it’s a bit of a no-man’s land and just requires a good eye. For this reason, I think it’s even more critical to keep things simple and not try to take on too much. Pieces like a good pair of jeans, a nice pair of boots or leather sneakers, field jackets and tees are always going to be safe. From those (and other) core pieces, slowly explore other styles and see what works for you. Focus on interesting textures instead of interesting colors, wear your clothing hard, and don’t spend too much time worrying about the little things. 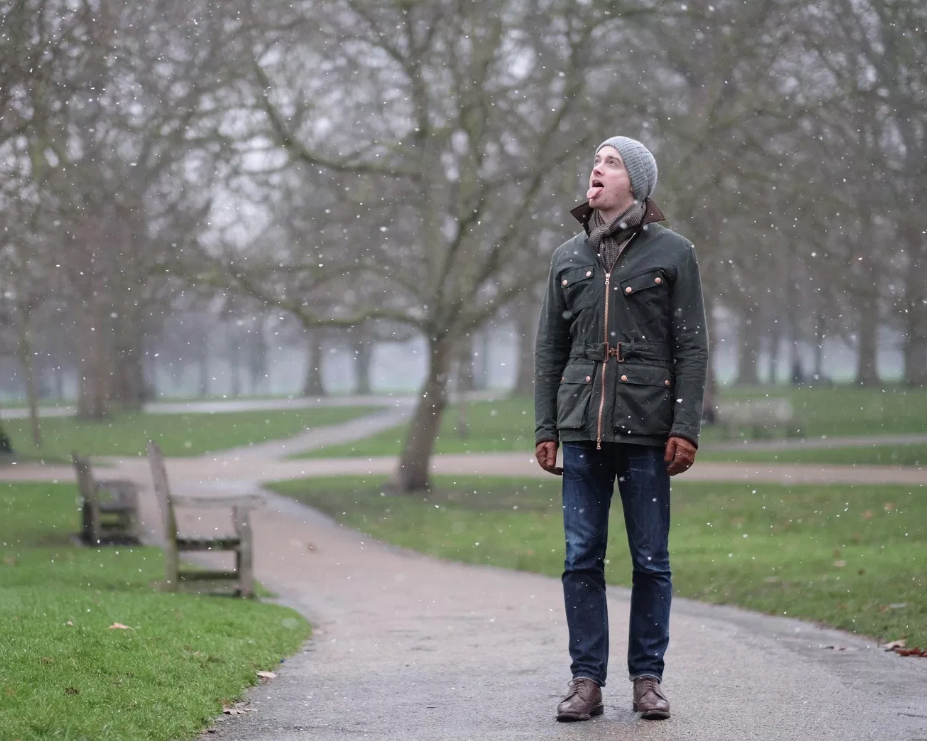