A history of saddle shoes

The saddle shoe is a leisure model, where a separate piece of leather is cut and sewn over the waist of the shoe. This piece originally contrasted with the leather used on the toe and quarters either in colour or finish. While spectator shoes usually have contrasting leather on the toe and quarters, saddle shoes only have these on the waist and, on some pairs, also atop the heelcup. The saddle shoe is named after this separate cut, which resembles a saddle on a mount, though the model is not well suited for riding. 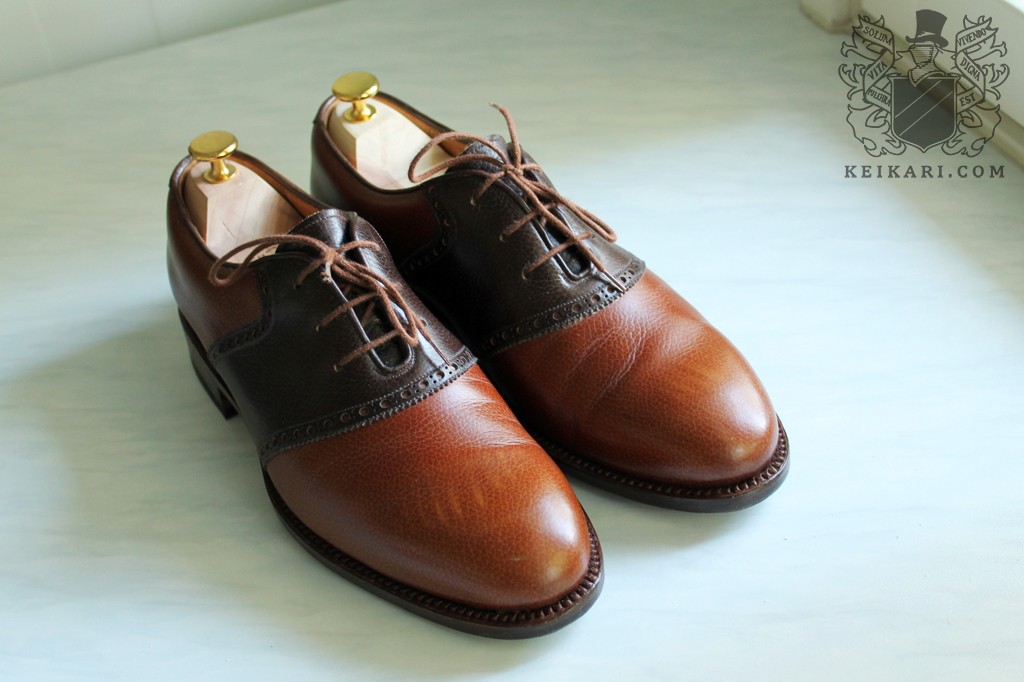 The American shoe factory A.G. Spalding created and introduced the saddle shoe in 1906. First designed for indoor sports, the separate waist piece was reinforced and intended to bring additional support for the instep. The colourful and comfortable pairs were quickly worn by the thousands, and gained tremendous support among the youth both on and off court as well as among the older, golf-playing set. When Lindy Hop and Jitterbug spread in the States, the dancers often sported saddle shoes. Although the unisex word was coined in the loose hippery of the ’60s, the saddle shoe was a genuinely genderless shoe type for over half a century before, and worn by all from tiny girl scouts to burly, beefy executives. 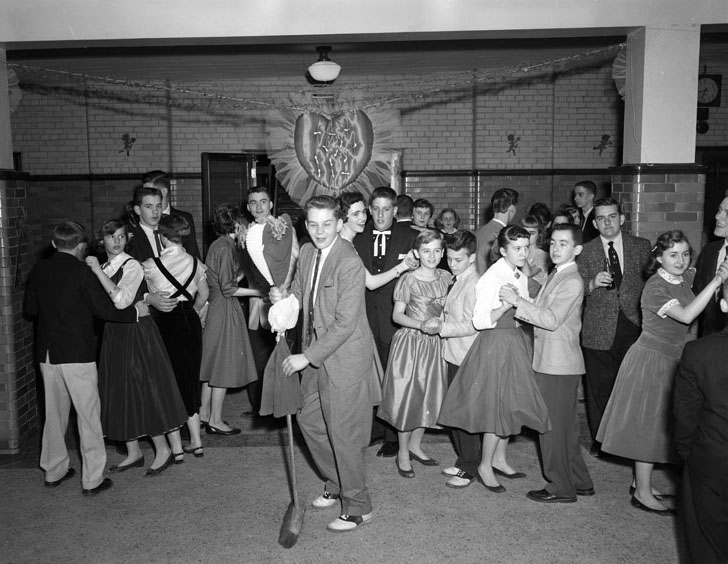 Saddle shoes were usually worn with white sport socks, and leg coverings varied from shorts to jeans and skirts or dresses. These shoes lived through their highest popularity in the 1920s to 1950s America, where a pair was part of nearly all youngsters’ wardrobe. Most of our latter-day pairs are either made in USA or for the American market. 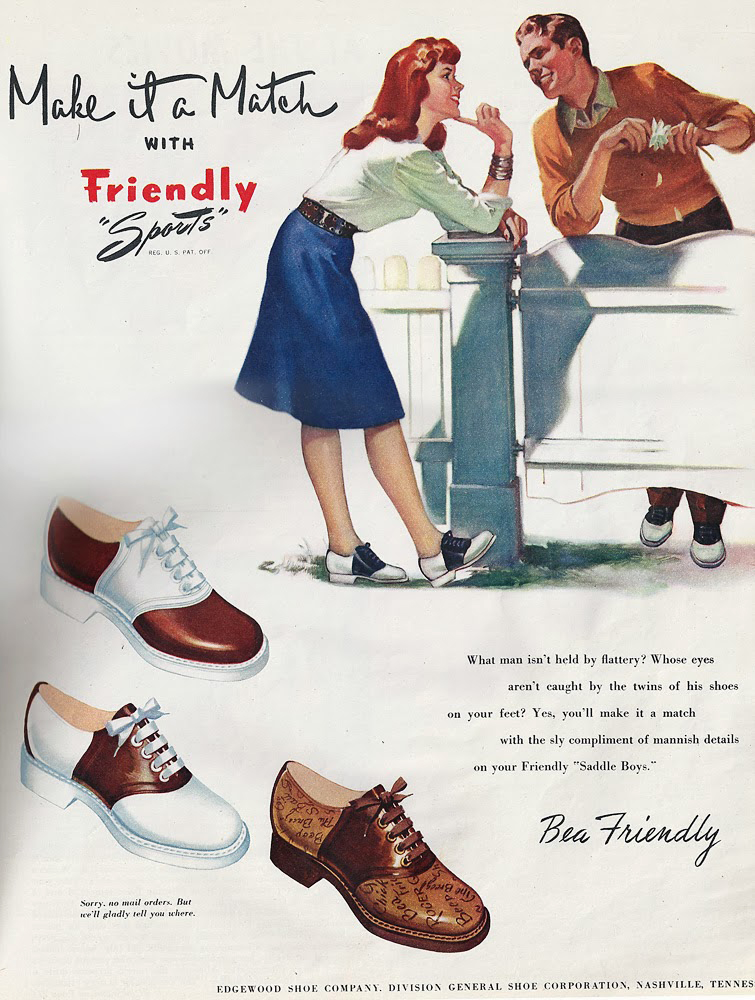 The saddle shoe styling often follows the lines of a low oxford, where the lacing is closed and hidden, although it lacks toe caps and usually has less eyelets. As for colours and leather types, all possible and impossible combinations are as valid, though the first Spalding models were black’n’white or brown and white. These pairs also had brick red rubber soles and large plastic eyelets. 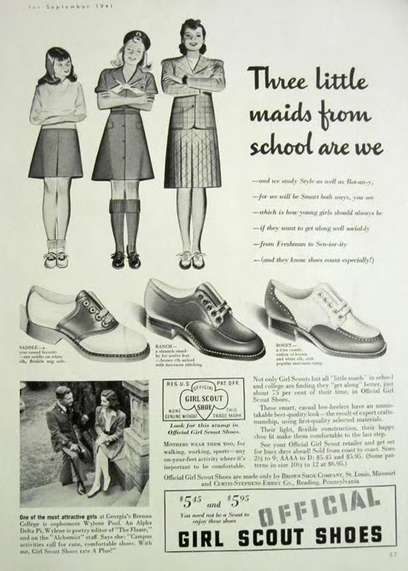 These days saddle shoes live on mostly thanks to golf, and verdant fields around the world are dotted with more or less whimsical colour and material combinations. No other classic shoe model is as free-wheeling when it comes to leathers and colours, so I’d like to see more saddles on the streets everywhere. In place of black-white or white-brown pairs, the reader can pep up his feet with, say, the combination of matte suede and oily shell cordovan. The saddle shoe best serves in leisure as an eccentric detail, but the worldwide markets have offered smart shoes with understated saddles for closer to a century now, and these will suit up well. Each step is lighter with saddles on the feet. 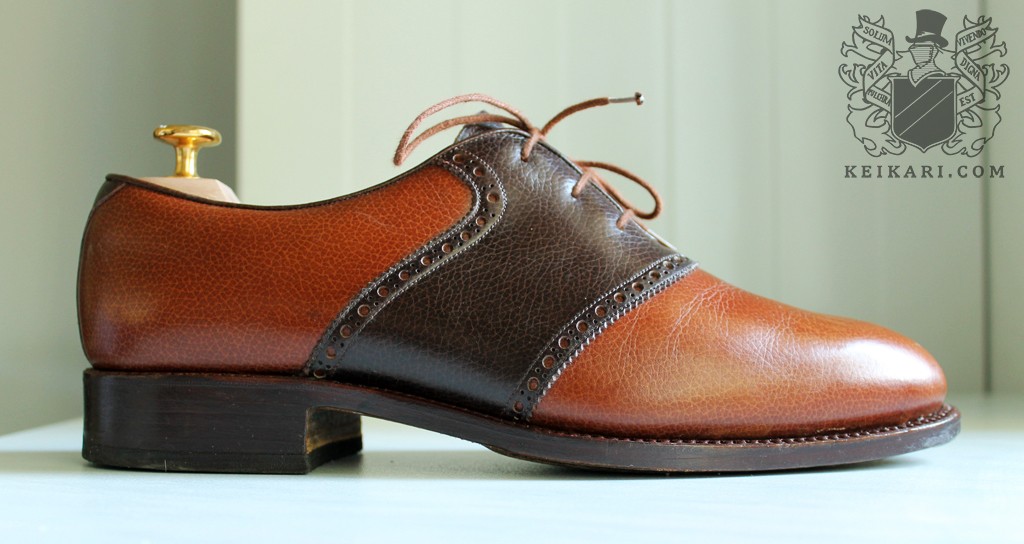