A history of Black Watch tartans

The most common Black Watch tartan is a navy blue-dark green-black clothes pattern as well as one of the oldest tartans still in use. An official from The Scottish Register of Tartans tells me that the pattern’s history is unclear, but it gained favour after 1725 when the English government clothed its Royal Scottish Watch in this tartan. The band of brothers answered to the name of Black Watch to set themselves apart from the five other Highland companies. Several theories try to explain the name: the soldiers watched over Scottish Highlands, the tartan has very dark colours and the watch was formed from Scotsmen, who were used to rein in and keep check of other Scots. Bitter clansmen declared that those of the watch had black hearts. 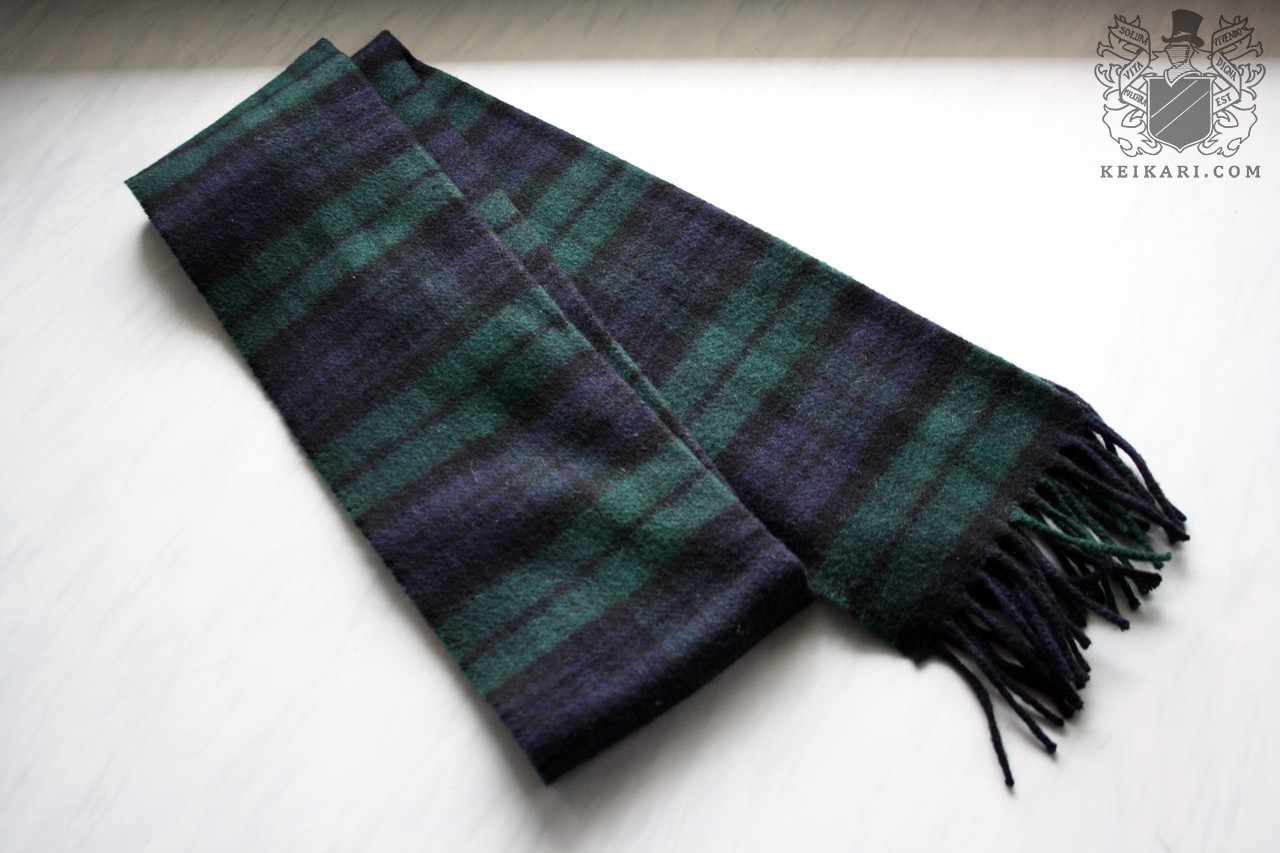 Bright tartans are best in separating men from each other, declaring membership to groups or in times of celebration, but the Black Watch, thanks to its dark palette, was camouflage on the moors and bushes before the age of camo fatigues. In The Scottish Register of Tartans this pattern goes by the name of Grant Hunting or Black Watch, but the dear old tartan has other names as well, such as Old Campbell, The 42nd Universal and Government (Tartan). Several variations on this theme are also listed, all with similar names and mostly dark colours. Along with the bright red Royal Stewart Tartan, Black Watch is among the most popular Scottish patterns of today. My little bird tells me that not many Scots look too kindly on the man wearing tartans to which he’s no familial or regional ties to, but while family and estate tartans are protected, Black Watch is free for all in any use. A universal tartan if ever there was one.

Should the reader feel like it, he can cover the whole body in Black Watch. It’s used in socks, trousers, suits, jackets, shirts, scarfs, so on, and because the colour shades are dark, it’s among the most serene tartans. The common Black Watch may also appeal to the man who usually frowns on gaudy, bright tartans. That old tip about using strong patterns in small amounts is a good one, but one can make an exception with Black Watch clothes thanks to these calm colours. The Royal Regiment of Scotland still uses Black Watch as an emblem of the 3 SCOTS battalion, and the tartan has been a symbol of service and courage for some three hundred years. It also happens to be one of the most beautiful tartans, and a personal favourite, which will not shy away from the company of any man.

Austerity oxfords from Rozsnyai Shoes »
« A visit to Smith Woollens