The Parisian lapel (Fr. le cran tailleur, le cran Parisien, cran Necker) is a uniquely French lapel design, where the gorge is cut much deeper than usual, nearly horisontally, and the points spread wider. The detail is mostly used by French tailors, designers and a few RTW houses, though the Italians do have a name for the model, boca di lupo, wolf’s maw. The Parisian lapel was born in Camps de Luca’s tailoring house in the 1950s, when Joseph Camps sought to establish a unique house style and set apart his business from Italian and British tailors. The angle at which the CdL collar meets the lapel is set at 30 degrees, forming a deep, sharp and spread notch. Another variant of the Parisian lapels can be seen in jackets cut by the house of Francesco Smalto, who apprenticed under Joseph Camps and worked as head cutter at CdL. His model has extended collar and lapel points, which combine into a decidedly wider look, still retaining a sharp notch. 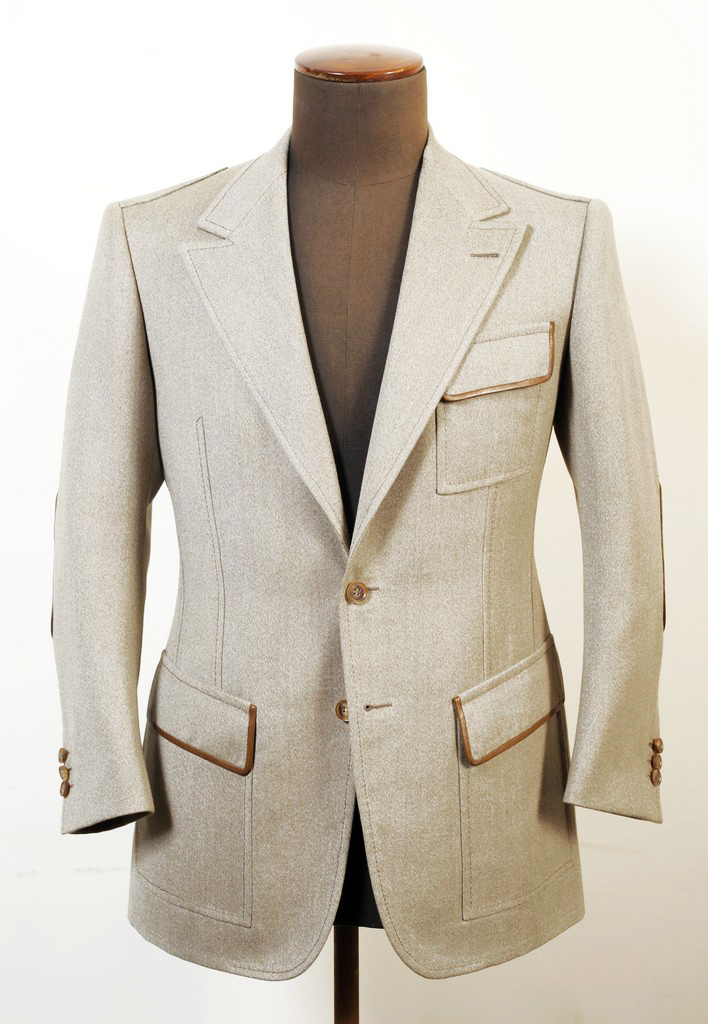 As cut by Cifonelli

It is debatable whether Cifonelli’s sharp and angular notch model can be termed as Parisian; theirs is a notch not as sharp or deep as the likes of CdL and Smalto’s. The Parisian designer Marc Guyot has also favoured Parisian lapels in his readymade and made to measure jackets, though the points are shorter still. The late but not forgotten Arnys offered Parisian models for the discerning few, with an upwards-pointing and short gorge. André Guillerme-Guilson, David Diagne and Marc di Fiore cut Parisian lapels with somewhat thinner collars. Wicket offers yet another, slim Parisian lapel in their moderately-priced readymade range. In formality, the Parisian lapel centres somewhere between the peak and notch lapel — perhaps not in best use in white or black tie. While the notch lapel, peak lapel, shawl lapel and throat latch lapel are more or less seen in films, advertisements and the media, the Parisian lapel is a rare sight outside of France. French tailoring houses have clients all over the world, though; once the reader has seen and read of le cran Parisien, he is likely to recognise one. I have never seen the detail offered by non-French manufacturers or tailors, but I’m sure there’s a few to go around. Please let me know of them in the comments or by email, and I will update this title accordingly. The Parisian lapel is still as beautiful as it was in the ’50s, and a uniquely French touch. 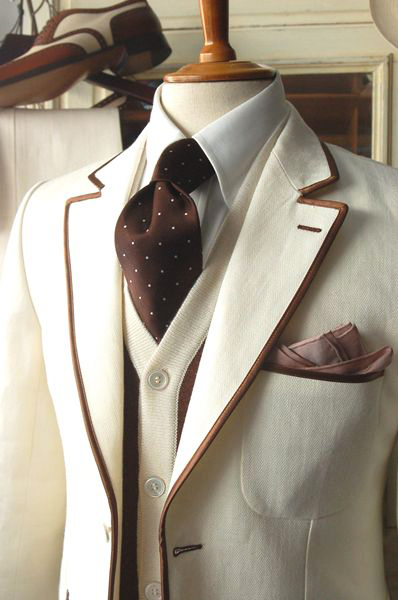 With the kind assistance of Julien de Luca and Julien Scavini.