A contrast collar shirt is any model with the collar made from different material than the body of the shirt. Usually it is white as this colour goes well with all others. Contrast fabrics are also used on cuffs, usually the same as that on the collar. The origins of this detail hark back to the first dim beginnings of the 1900s, when gentlemen traded, represented and presented themselves seriously in detachable collars. Back then, most of their shirts were created pure white as this shade was arduous to keep clean and presentable in cities running with coal, when waste management was what it was. The clean white shirt was status apparel. By changing the collar alone, the shirt appeared new or clean even though everything else hidden below other garments was tarnished. The men bespeaking colourful shirts often bought a detachable collar both in white and in the same fabric as the shirt, so that they might get more out of the same order. 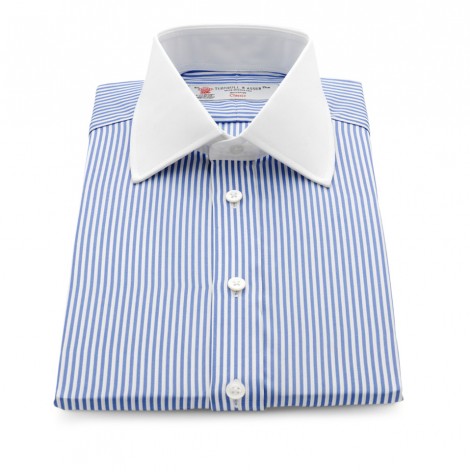 The collar and cuffs wear out first. Should a coarse beard or nudging of head not chafe the collar fabric into ruin, then the cuff leaning against tables or watch brakes down first. Very few mills faithfully weave the same shirting from year to year, and conserving an old shirt calls for contrast. The original fabric may also fade with the sun or washes, so a new, white fabric is the most handy choice for primping. No need for changing the whole shirt, when just a collar or cuffs will do. Depending on the wearer and use, a contrast change should breathe new life into an old shirt for a few years or a decade. What’s best: the collar and cuffs can be turned or changed time and again, as long as the piece of clothing holds up elsewhere. 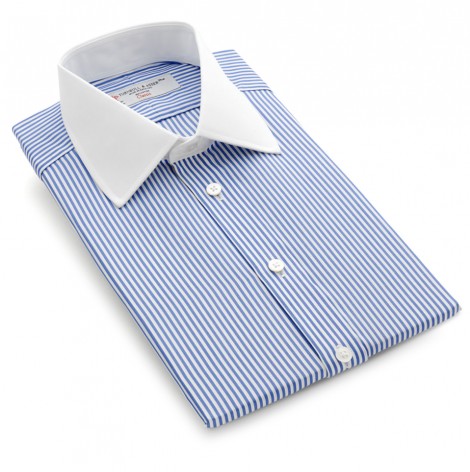 To my eye, any shirt looks better if both the collar and cuffs are changed at the same time. Otherwise any of these will look like the poor, odd man out, left without harmony. Shirts with contrast in one or several places are as proper as the rest. For one reason or another, these are more often seen on bankers, perhaps as inheritance from the excesses of the ’80s or inspired by one round too many of watching Wall Street. One also finds readymade contrast shirts from various stores. These, I’m afraid, just don’t have the same charm as the shirts with countless years of service behind, given new life with the change of details. Some shirts just have more stories, more of their wearer’s history to tell. 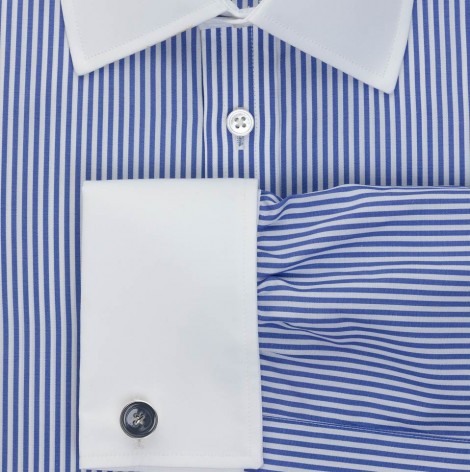