VM: I am a consultant in menswear. 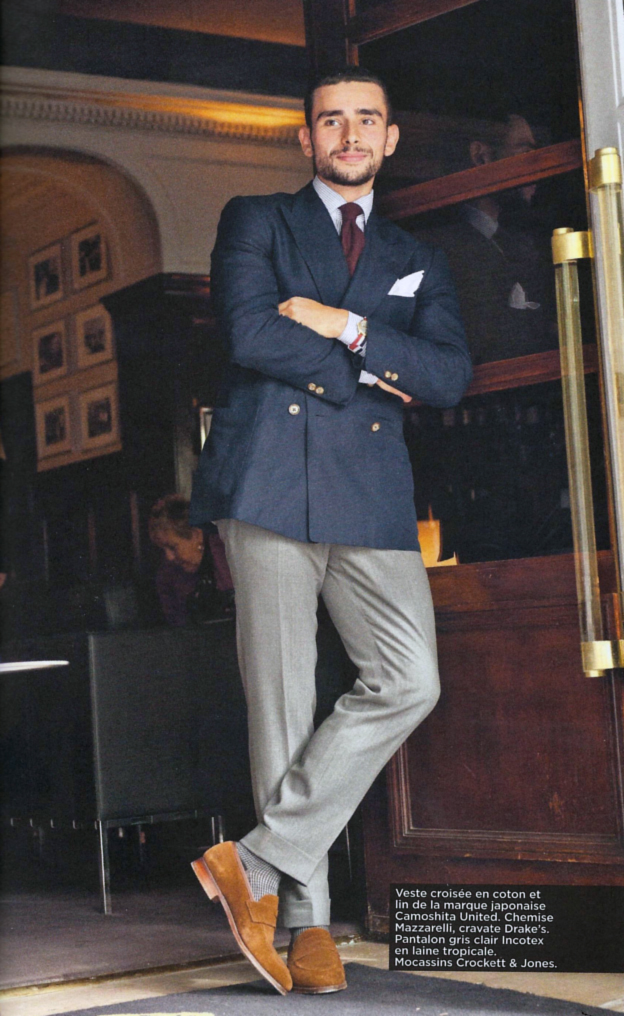 PAL: I studied law without any intention of ever practicing it. I was a poor student.

VM: I have a Law degree in business law and I’ve graduated from a business school in management. PAL: I am currently single. My girlfriend/wife would have little or no to say on the way I dress anyway.

PAL: It is not something we talk much about. It is not as if I was hardcore into fashion and changing my style every six months, spending a fortune on shit which will end up outdated by the end of the season.

VM: My family was a bit surprised but they understand that my passion for cloth is not fleeting.

VR: What other hobbies or passions do you have besides style?

PAL: I am passionate about my family and their wellbeing. Other than that I am just an average Joe: I read books, watch series/movies, work out and hang out with friends. 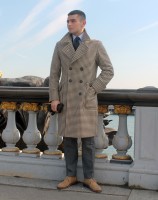 VR: How did you first become interested in apparel, and when did you turn your eyes towards classic style? Why classics instead of fashion?

PAL: I’ve been conscious about the way I dress since I was 7 years old. Back then, it was all about sneakers. Then I went through a few stages when I was in high school, nothing I wish to remember.

When I was twenty I started wearing a lot more designer clothes from Lanvin, Dior, Givenchy, YSL. I then realized I was spending quite a lot of money on things which weren’t worth it. I was unhappy with my style; I looked no different than a fourteen-year-old. When you are twenty you want to be a man, not a boy. I looked into classic clothing, read quite a few books on the subject and decided to start from scratch. I thought about what I liked and what would suit me. I got interested in makers rather than brands and designers. Fashion and trends will never teach you how to dress well. Learning about classic style got me a lot more aware of fit, fabrics, cut and quality, also of what to wear and when. It is a long process that is still ongoing.

I would not oppose classics with fashion. After all, Fashion is made out of classics. I would rather stress the difference between makers and designer brands. Occasionally I can like a piece of designer clothing or a pair of sneakers and buy it even though I know I am overpaying it. However, I would never buy a classic piece of clothing, like a suit for instance, from a designer brand. I’ve done it when I was younger and I’ve learned my lesson.

PAL: My general knowledge came from books from the likes of Alan Flusser and Michael Anton. It also came from observing a lot. I also gathered knowledge on military clothing and work wear through books and Japanese magazines. I also met people who had different styles and different backgrounds in the industry. Each of them had style and had an impact on my personal style somehow. The Internet was also a great source of knowledge and inspiration. Now if you are talking about technical knowledge, such as the difference between Fused and Canvassed or Goodyear and Blake construction, it just came to me very quickly along the way. When I am interested in something I like to know how it works, how it is made. At one point, at least 75% of my thoughts were menswear related.

PAL: I have a versatile style. I go from Nike to Edward Green. At one point I was dressing up every day for work and I had great fun doing it. Nowadays, you are more likely to see me wearing a Henley T-shirt with chinos and sneakers. I dress up a lot less and tend to be less adventurous than I once were. But regarding classics, I favor an Italian cut with a spalla camicia shoulder, natural waist trousers with no pleats but with cuffs, an Italian shirt and tie and English shoes. I try not to be bold.

VM: I do like American styles such as Ivy League or work wear, even the most casual ones.

VR: Based on your extensive experiences, which shoemakers, RTW clothes makers or tailors do you favour today?

PAL: As far as classical clothing is concerned, if my budget was infinite, my tailors would probably be Panico, Liverano, Ambrosi for pants and Sciamàt for something a little bit more over the top. My shoes would be made by Dimitri Gomez. 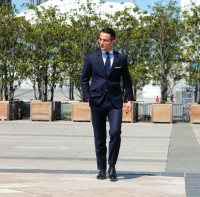 VR: Please describe how FTDF was born and what goals you set for yourself in the beginning. How have you been received so far?

PAL: FTDF was born out of passion for menswear. Virgile and I were just talking about it all the time while studying law. We thought that writing a blog would be a good way to meet people from the industry because at the time we had absolutely no network, no connections in it.

VR: How do you select the content to your site?

VM: We select brands, products and figures that we like. It is just our opinion and our sense of style.

VR: How would you describe the overall style of French men?

PAL: In one word: uninspired.

VM: French men are influenced both by British and Italian style. However, they wear too much black clothes and don’t take risks.

VR: Over the years you must have learned quite a bit about apparel. Is there something you wish more men would know? This is a great opportunity to make a lasting influence on my younger readers. Most of us aren’t blessed with rakish relatives, which makes learning about style a challenge later in life — and yet another trait men are supposed to master. All tips and thoughts are valuable.

VM: Men should be more self-confident. Style is a question of harmony and proportion.

-Proportions and cut are more crucial than anything.

-Experience and learn from it.

-Do not buy a piece of clothing just because it is a good deal, if you don’t have the confidence to wear tartan pants don’t buy them even though they are on sale.

-Makers rather than designers.

-Train your eye, observe to get to know what you like and what can suit you.

-Don’t try too hard; don’t be bold just for the sake of it.

-Dress for the occasion.

-Almost any style can be done well. Be open minded, have different inspirations.

-Sometimes, the guy who wear sneakers has a better sense of style than the one who wears dress shoes. It is not because a guy wears a suit and dress shoes that he knows what he is doing. A guy wearing sneakers and khakis or jeans may also be stylish in a way that can inspire you to develop your own sense of style. Young guys going into classics should be aware of the fact. A very casual style can look great if done well. Young guys who are getting interested in classic dress sometimes have the tendancy to reject everything casual, everything that they used to wear probably because they want a clean slate, a fresh start. It is a mistake I made at one point a few years back. But, it really is okay to wear a pair of jeans and a tee-shirt as long as you do it well with the right proportions. But of course don’t get lazy, know your classics and put on a suit when it is needed and, more importantly, whenever you feel like it.