Interview with Jean Rodrigues from Cad&Dandy

VR: Your age and occupation?
JR: I am 30 years old and am currently training at Cad and The Dandy before I move to NYC.

VR: Your educational background?
JR:I have a Bachelor of Science and Bachelor of Arts in Economics and a Masters in Philosophy. 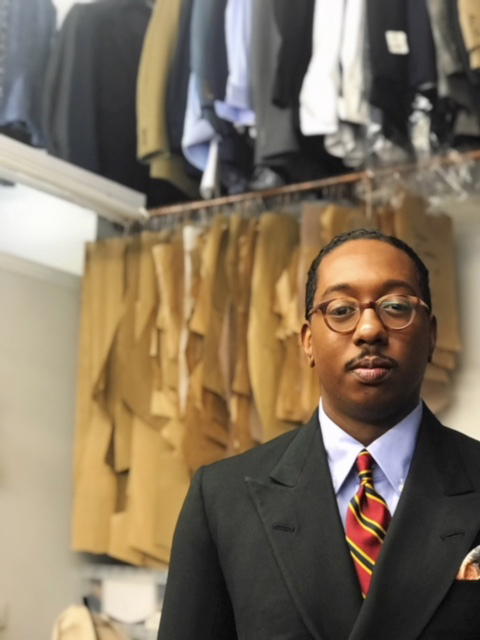 VR:Have you any children or spouse (and how do they relate to your tailoring enthusiasm)?
JR: Yes, I have a wife and she has always been very supportive for my passion of tailoring and career choice. My wife and I have been together since we were 18, so she has seen a full evolution of my style from rugby clothing, American prep (we met during my American university years) and now classic tailoring. She loves classic English tailoring and is extremely partial to a bit of tweed as well.

VR: …and your parent’s and siblings’ reactions back in the days when you began?
JR: In some respects my move into tailoring was a natural progression for me given my deep passion for it, which stemmed not only from my grandfathers’ seriousness about their clothes but also from my experiences with my first job in finance. Whilst my family always supported my career in finance they also knew I was never happy in my chosen profession. So, when an opportunity at Cad and The Dandy arose, it made sense to everyone and, most importantly, myself. 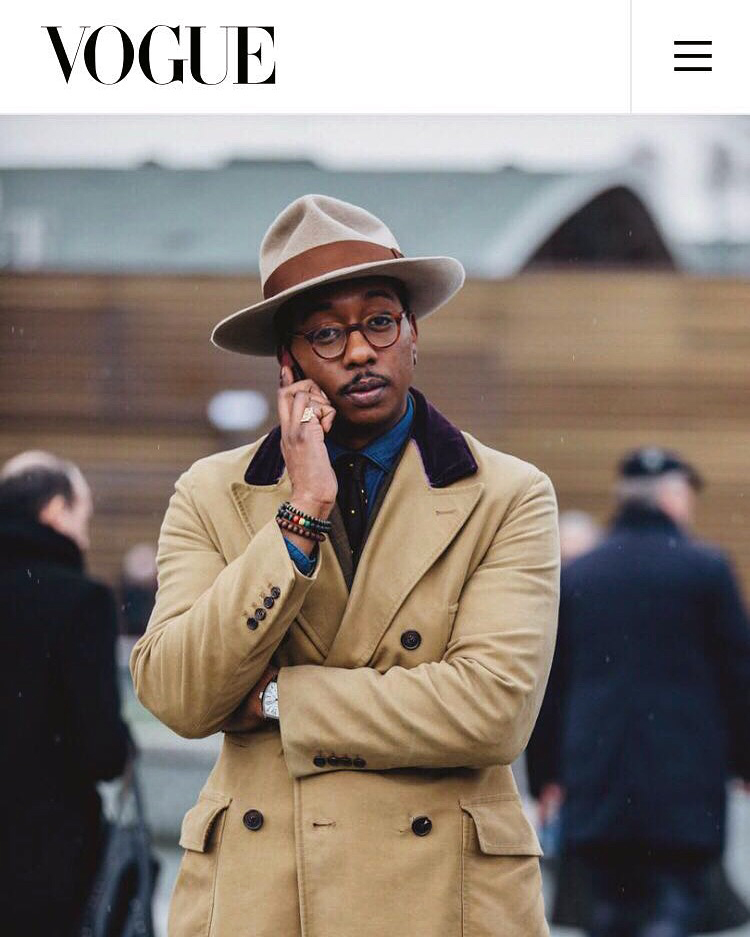 VR: I understand that you previously worked in finance. How did you decide to change fields to tailoring?
JR: In many respects I am your cliché burnout finance story. I spent 8 years working for various finance businesses, including Morgan Stanley, and working long hours, during which I never found fulfilment in my career. The lure of a large financial reward was attractive, but at what cost? For me, the cost benefit did not add up.

I learned much in finance, particularly what constitutes a good company, and why. I applied this same investment logic into understanding which tailors I would want to work for. Cad and the Dandy met all my criteria in that they are a growth company, they have built a reputation based on a superior product at a price point that made sense for a broader cross section of the population. I knew that such a product, in the right market, would be a success and that excites me. Coupled with the fact that the two MDs of the business come from a similar finance background, I knew the organization was grounded in similar sensibility that would equate to a business that will be around for a long time. 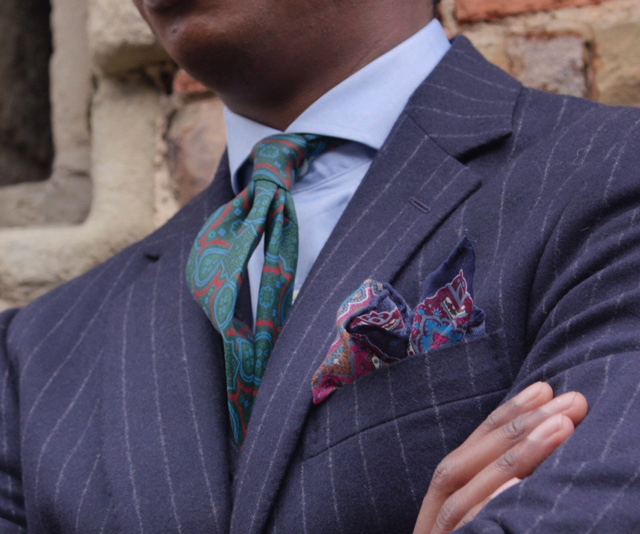 VR: Why should my readers visit Cad and The Dandy over other London tailors?
JR: Great timing for this question, as I will be moving to NYC in Q2 2018 to launch Cad and the Dandy, USA. So, we will be our American clients’ local Savile Row tailors. More details to follow, so watch our space. 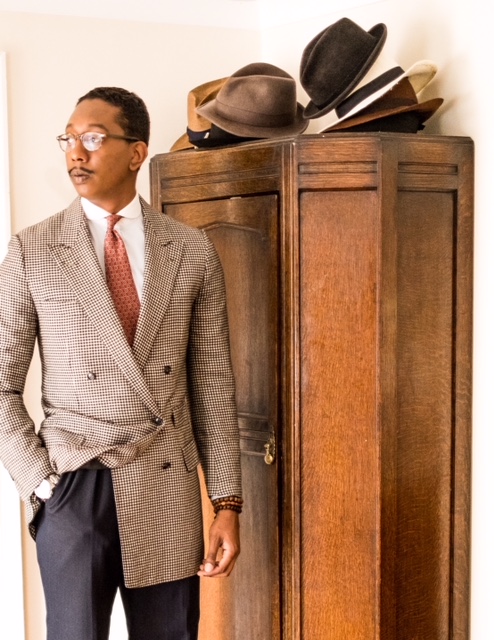 VR: What other hobbies or passions do you have besides apparel?
JR: For many years now, tailoring has been a prominent passion and hobby in my life (searching for vintage Savile Row-suits became somewhat of an obsession, I now possess over 20). Beyond tailoring, I have a deep interest in political philosophy (most recently exploring the intersection between Marxism and free market mechanisms). I also thoroughly enjoy reading, with a focus on books about history and historical figures (Winston Churchill being my favourite subject right now), horse riding and going to the gym. 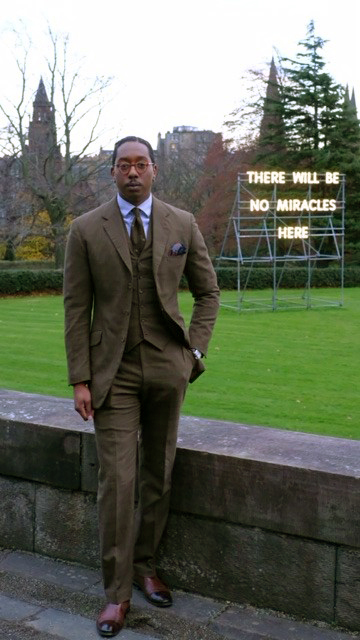 VR: who or what inspires you?

JR: No single individual inspires me but rather the concept of “belonging”, an idea that was best captured by Scott Fitzgerald throughout his writing career, but particularly in This Side of Paradise and The Great Gatsby. Scott Fitzgerald, who is one of my favourite authors, often based his main protagonists on himself. He created characters that were on the peripheral of the society and often would use vices such as language and visual cues (mainly clothing) as entry points into society. “I’ve got a man in England who buys me clothes. He sends over a selection of things at the beginning of each season, spring and fall” (98). Gatsby’s clothes have a symbolic meaning, as the use of colour and fabric in his clothing demonstrates his hope, dreams, and wealth. This is a notion that resonates with me because, like many middle-class minorities, I have always felt “just outside” of my peer group and clothing was a way to normalise my differences. In that respect Jay Gatsby is a character that, from a young age, I sympathise with and have re-read The Great Gatsby every year since I was 14. Each time I relate in a different way. 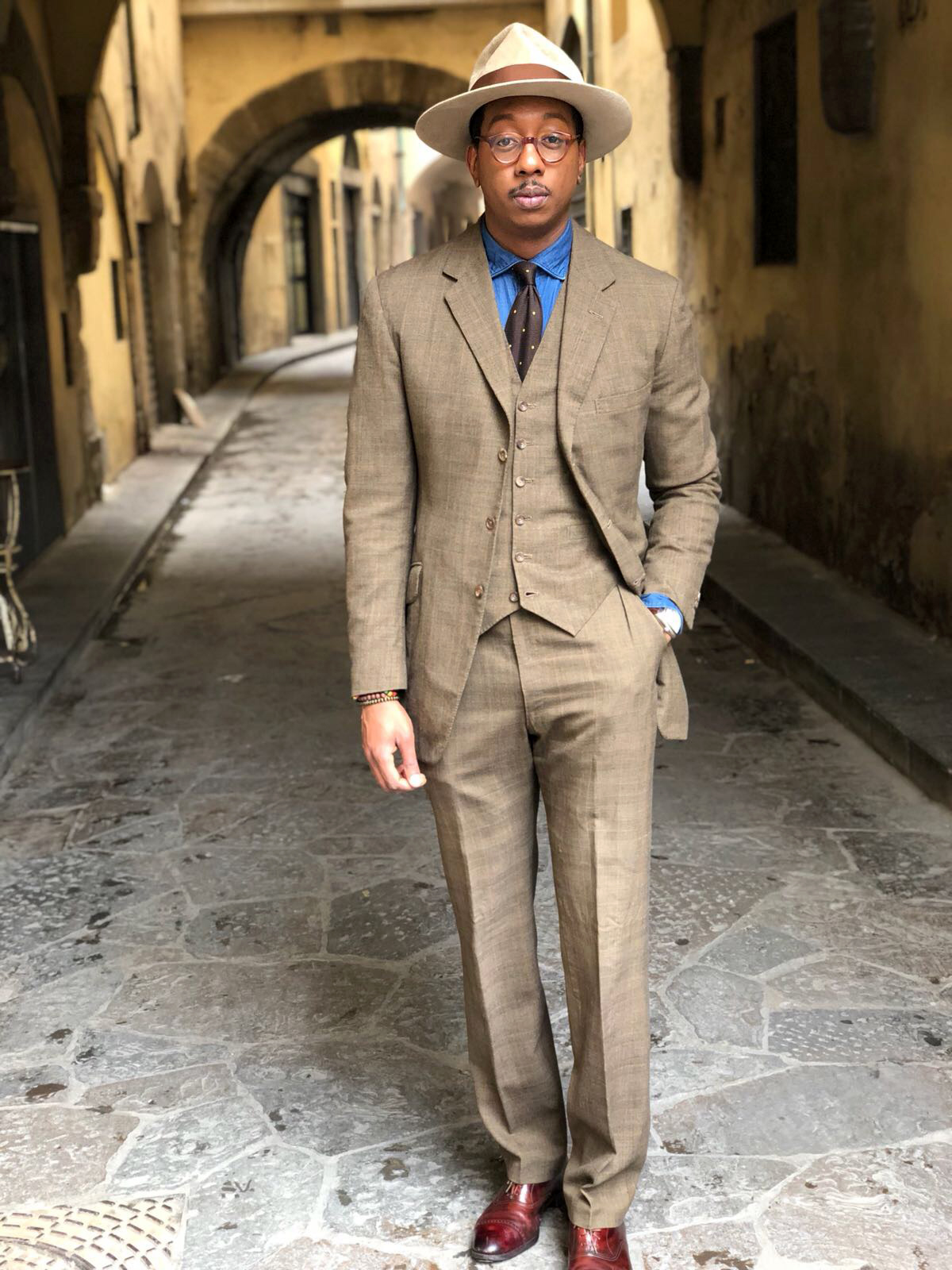 VR: How did you first become interested in clothing and when did you turn your eyes towards classic style? Why classics instead of fast fashion?
JR: My love for clothing stems from my grandfathers (one step-, the other biological) who both have a very different relationship with clothing, but both are rooted in English traditionalism. My grandfather Delroy, like many of his age, came over from the Caribbean (Jamaica in his case) during the Windrush in the ’50s and ’60s. Men of that era grew up revering what it meant to be English and a quintessential part of that was clothing. In many respects this was the only part of Anglo culture that seemed accessible to young immigrants in the ’50s/’60s, and thus became a part of the cultural diaspora. My grandfather Delroy would always wear bespoke suiting from local East-End London tailors (a working class part of the city), and took great pride in looking his best, a trait that he passed onto me.

Equally, my step-grandfather is an Englishman via Germany where he developed a relationship with tailoring during his years as an Officer with the British Royal Navy. I always had vivid memories of him wearing classical English tailoring, the kind with heavily built-up shoulders, high armholes, an exaggerated waist, and it always looked so elegant. He also undoubtedly informed my style, particularly my love for the “Savile Row” cut.

Fast fashion lasts no longer than a season, whereas classic tailoring lasts a lifetime. In regards to quality and value for money there is no comparison. VR: How have you gathered your knowledge of the tailored look — from books, in-house
training, workshops or somewhere else?
JR: The Internet has been, and still remains, a large resource for me. Styleforum, Parisian Gentleman, Permanent Style, Sartorial Notes and, more recently, Keikari have all helped form my opinions on classic menswear.

VR: How would you describe your style?
JR: My style has always been classic with the goal of being able to wear my current bespoke commissions when I am an old man. Thus, I have always drawn my style from those of the past who remain great-looking through the lens of history. As a young boy, I always admired the style of Princes Charles and Philip, whom some have noted, represent rather peculiar style icons for a young boy to have. But they always looked good whether it was a young Charles in Polo attire or on a commonwealth tour in his infamous vicuña DB-overcoat tailored by Stephen Hitchcock. The same holds true for Prince Philip, who at the age of 96 still remains one of the best-dressed men in England. If I can remain timeless like these gentleman, I’ll know my wardrobe served me well. 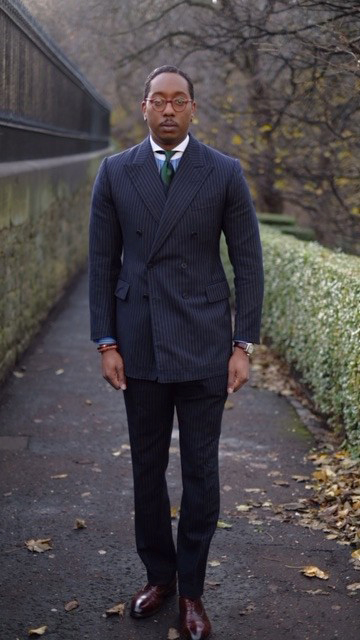 VR: what’s your definition of style?

JR: Style is deeply personal thus hard to define. As previously mentioned, classic English tailoring as illustrated by Prince Charles and English men in the golden era of men’s suiting (’20s — ’40s) is what appeals to me. With that being said, the gents at Drake’s and Anglo-Italian look fantastic with their more casual aesthetic. But, if I had to summarize, style is when a man is confortable in his clothes (and I’m not referring to physical comfort but rather confort in his choices). VR: Finally, in your view, what is a good fit?
JR: As a general rule, a good fit is one that flatters the man whilst remaining comfortable. The current trend in fashion is to feminise men, with a focus on ultra skin-tight clothing to appear slender. Perhaps I have an archaic view of masculinity, but I do prefer tailoring that accentuates the male form. Built-up shoulders, a strong chest, waist suppression to accentuate the drop between the chest and waist, and high rise trousers to elongate one’s legs.

But if I had to use generalizations, I would sum them up thus:

Jackets: I prefer traditional length jackets, which follow the “cupping rule” of reaching the thumb on my knuckle. I like a built-up shoulder, in the tradition of Savile Row. High armholes with minimal drape on the front. I like the comfort of some back drape on my jacket. For city suiting, a ticket pocket with slanted pockets.

Waistcoats: I enjoy lapels on my waistcoat (either peak of shawl) as I feel it pays homage to tailoring of the ’20s or ’30s — a golden era for many.

Trousers: I am a big fan of fishtail backs with side adjusters (back adjuster for morning suits only). I like a traditional 1.5” break with an 18” bottom. Double cuffs.