‘I’m 33, and Ellie’s 31. I’m a pastor of a Presbyterian church called Hill City Church, which we started in 2011 in Rock Hill, South Carolina (near Charlotte, NC). We’re a mixed bag of artists, university students, families with lots of children, and empty-nesters. Many of us have in common a negative experience with religion and church, with a hope that it can be better if we keep the main things central and cultivate rich community, almost like extended family. Ellie, of course, runs The Cordial Churchman. Since we are both involved in entrepreneurial endeavors, we end up helping one another all the time, and talking shop together about what works and what doesn’t, what matters and what doesn’t, and especially how to make both our contexts into environments where the people love the work, thrive in the the culture, and are dedicated to the outcomes. So far, we’re really happy with how both are going. We essentially get to share our life and work with the people that we love, doing things we love. And that’s a massive bonus that most people don’t have the opportunity to enjoy. We don’t take it for granted. 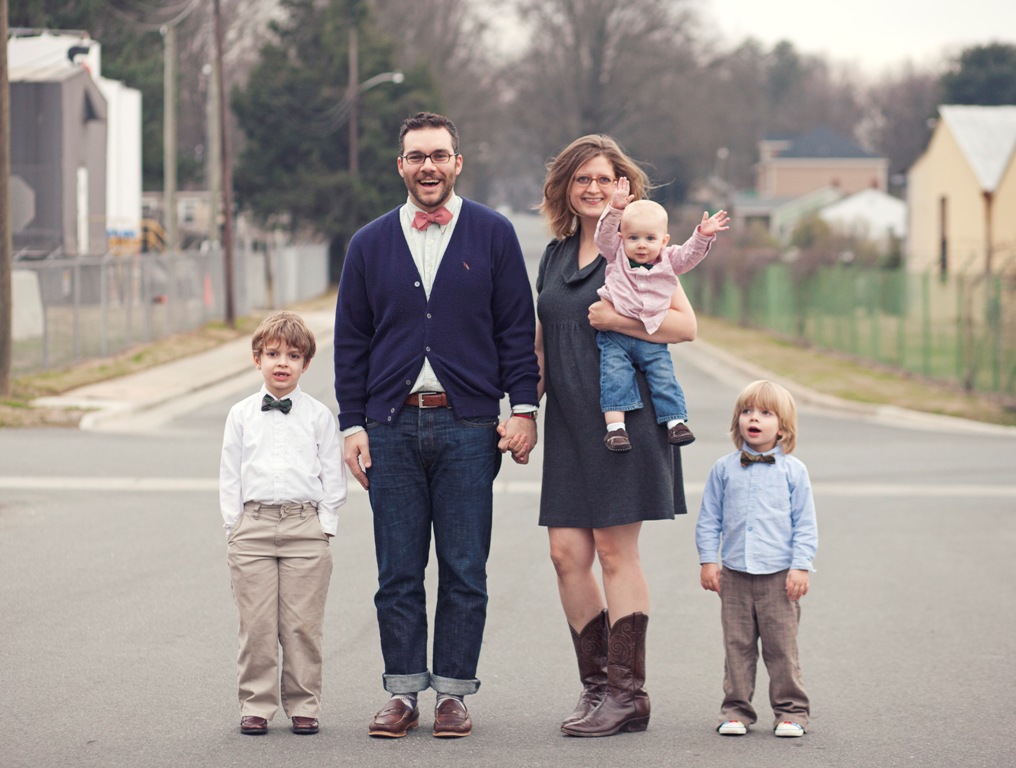 I’ve got a Bachelor’s degree in history from Kent State University in Ohio (where the infamous Kent State shootings happened in 1970, subject of Crosby, Stills, Nash and Young’s “Four Dead in Ohio”). Ellie went to the University of Akron, across town, and studied business. We then moved south for me to attend the University of South Carolina for a Master’s in European history. During that time, I also got a divinity degree at Reformed Theological Seminary in Charlotte, and ended up becoming a pastor. We are both probably learning more now in our endeavors than we ever did in university, though.

Ellie and I have been married for 10 years, and we’ve got 3 young boys. I’d say that in a way, our boys were the initial catalyst for starting The Cordial Churchman. Ellie had received a sewing machine from her mother for her graduation, and finally got around to tinkering with it. She was sewing some simple outfits for them out of seersucker (the quintessential southern fabric), and I wanted something. She couldn’t do a suit, of course. So I suggested a seersucker bow tie — something I’d never seen or heard of before. She made it, and it was horrible, but you couldn’t tell when we tied it up. It looked so good that I bragged about it on Twitter. Within one day, we had 25 people asking to buy one. And of course we both panicked. So we owe it to our boys in a way. Interestingly, our oldest boy likes to get dressed up and wear bow ties. He’s our little indoors-loving intellectual. Our second boy absolutely hates bow ties, and would be content wearing cut-off jeans and rolling around in the mud all day. 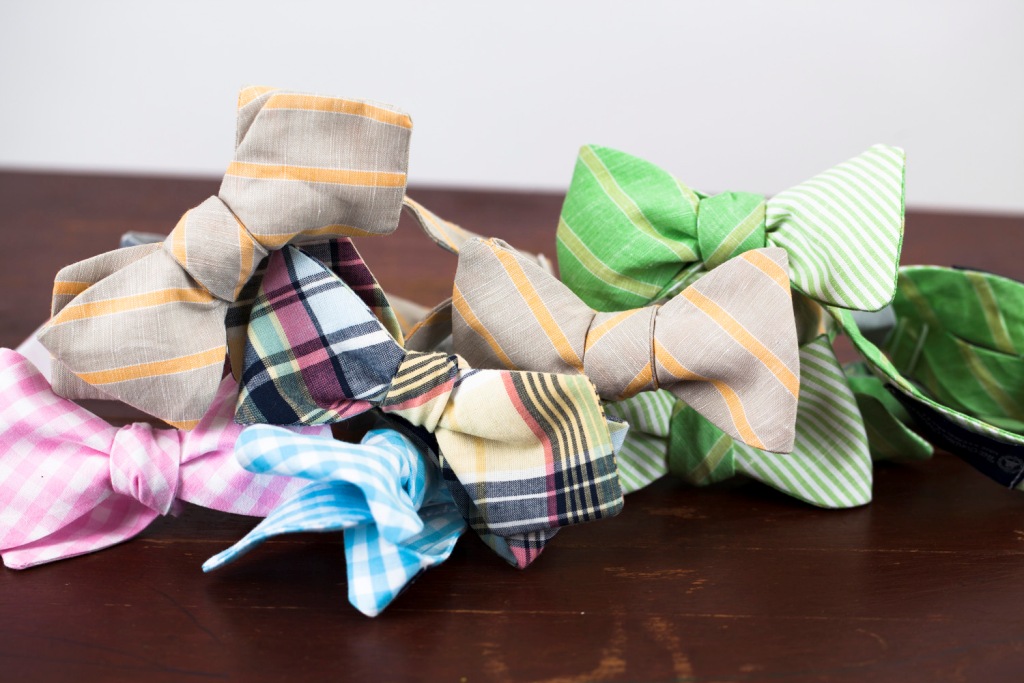 My parents always called me a “clothes horse” — even when I wore jeans and t-shirts every day. I wasn’t ever quite sure what they were talking about. But I suppose I was fairly conscious of what I was wearing and people told me I had a particular style even before I discovered “grown-up clothes”. Ellie kind of dressed the same. She had a punk-rock phase, and wore lots of long socks with shorts, and other monstrosities! But her mother is to be credited, because she was always sewing things — mostly quilts. So Ellie had sewing in her blood and in her consciousness from childhood.

Well, my coming-of-age with respect to clothing happened when we moved from a blue-collar industrial town in Ohio to a fairly aristocratic southern context in the capital of South Carolina. We showed up to the historic First Presbyterian Church (founded 1795) in 2004, and I was wearing cargo pants, Birkenstock sandals, and an untucked polo shirt. I walked in, and men were wearing khakis and navy blazers, seersucker suits, and bow ties. But because I was attracted to traditional forms of church, I stuck around and learned how to put a decent outfit together, and eventually how to tie a bow tie.

One of the elders there (named Henry) took me out and bought me a grey flannel suit, a navy blazer, some white and blue oxford cloth button-downs, and a couple very traditional striped neckties. I loved them. I protected them with my life. Henry taught me that context was important; that, especially for men, one dressed not first and foremost to make a statement, but to set others at ease, and make them feel comfortable. 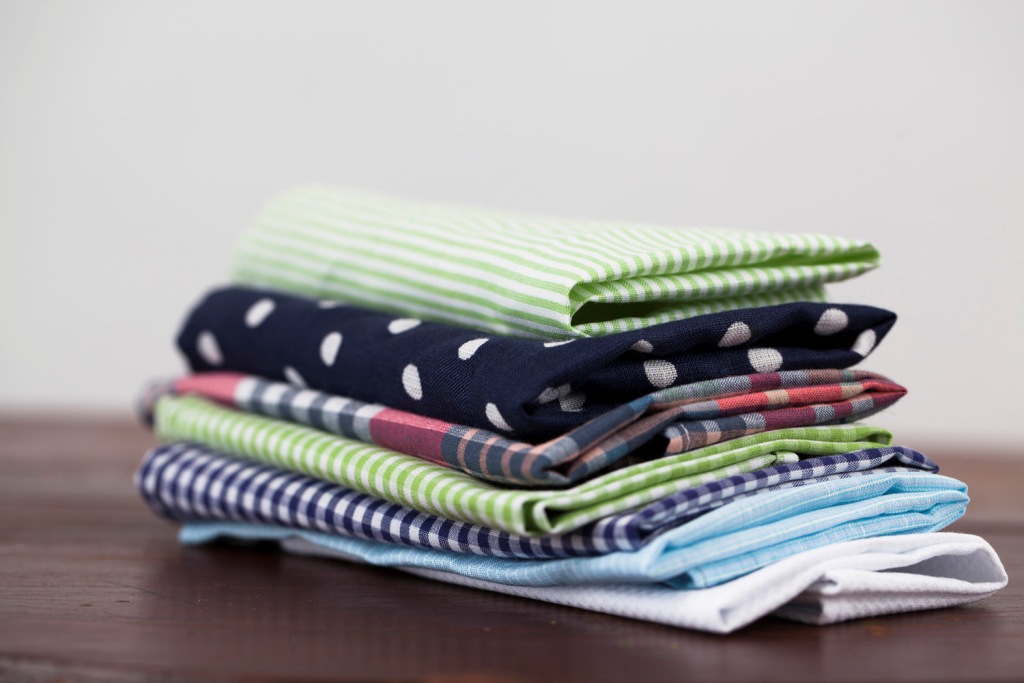 This notion set me on a course to learn as much as I could about the history of menswear. I read as much as I could online and in books about the origins of bow ties, neck ties, suits, formal wear, fabrics, shoes, and all the rest. Mostly I perused Ask Andy About Clothes forums and Wikipedia articles. Then I followed an Italian young man who goes by Giuseppe (anaffordablewardrobe.blogspot.com) as he pontificated on classic style and showed off the threads he found in Boston area thrift shops for next to nothing. And it did become pretty obvious that menswear doesn’t change very quickly. The one exception seemed to be the very rapid change between roughly 1990 and 2000, in which men across most social sectors rushed toward “casual”.

Of course, as a new Rule Learner, I learned to loath this. I loathed the sloppiness that I had very recently embodied, and I looked down on people who “expressed themselves” instead of taking the moral high road and dressing in order to set others at ease. You know: the zeal of the convert.

By now, I have come full circle — or at least 3/4 of the way around the circle. I think that in our postmodern age, no one is able to do much of anything unselfconsciously. Everything is, for better or worse, a statement, a self-expression, whether conformity or non-conformity. And I guess I’ve learned to embrace this. In most contexts I am now in, putting on a tie is a pushy act of non-conformity. Putting on a bow tie, all the more so. But it just doesn’t make sense to look down on people who don’t self-express the way you do. Sure, you might think that someone would look a lot better if they tucked in their shirt (or picked one that had a collar). And that’s completely legitimate. It’s an opinion, a taste. But, at least for me, putting on a jacket and a pocket square would be a lot less fun if everyone did it out of social conformity. I wear an oxford cloth button-down (usually Ralph Lauren), a necktie or bow tie, and a pair of Levi’s jeans almost every day. When it’s not too hot, I love to wear a blue blazer or tweed jacket, always with a pocket square (usually made by The Cordial Churchman). On my feet I’ve usually got Bass Weejuns (with the penny in there), although today it’s raining and I’ve got my Le Chameau Wellies on. From March through September I almost never wear socks. In cooler weather I love a pair of desert boots and especially my Wolverine 1000 Mile boots in a light tan with red shoe laces — which has kind of been my quirky thing for 15 years, when I used to wear Doc Martens oxfords every day (come to think of it, I could actually go for a pair of classic Doc Martens again). I would enjoy being in a suit-wearing context again some day, but for now, I’m enjoying the relaxed but put-together and detailed approach to sticking out just a tad.

Style is a way of doing things — from getting dressed to raising kids to being a church — that stands unashamedly in a tradition without being slavishly circumscribed by that tradition. That fella who curates Close Up and Private inspires me in terms of menswear. Big time. People who do the hard work required to persevere in an entrepreneurial effort always inspire me.

I read voraciously. Philosophy, theology, business, sociology. I also love coffee. My main passion, though, is probably sort of like the Danish thinker Søren Kierkegaard’s: to disturb people who think they know everything they need to know about Christianity, and suggest to them — in the context of community and genuine friendships — that Jesus of Nazareth, as he comes to us from the gospels, is pretty unpredictable, dangerous, and compelling. 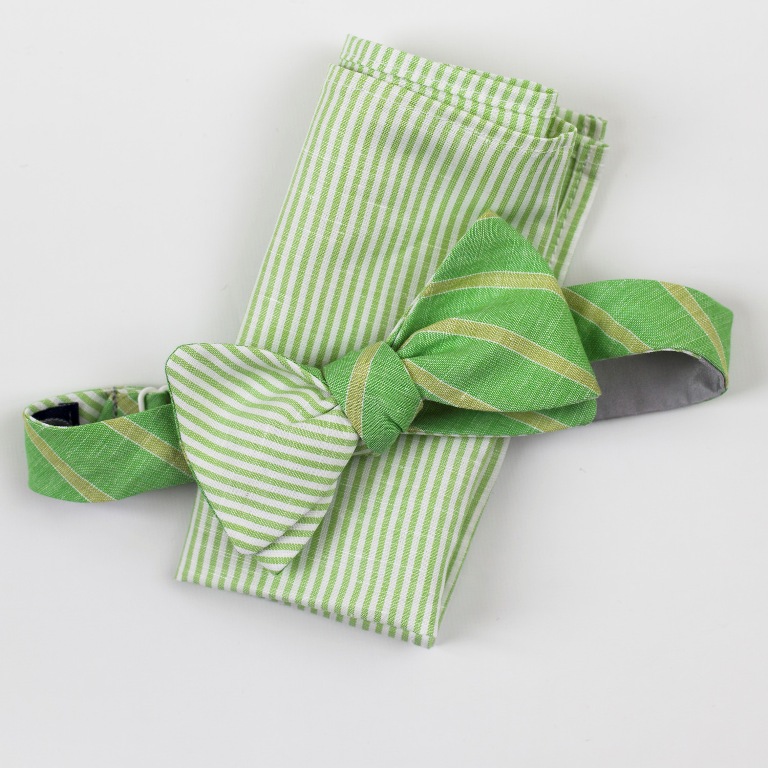 We get dozens of emails every week from people that want to try bow ties for the first time, or buy them for someone else. They think that there’s a magical formula for what goes with what. The genius of menswear is that, if you keep to the basics, just about anything goes with everything. Get a couple of blue and white oxford cloth button down shirts, brown shoes, khakis, blue jeans, a navy blazer, and a brown belt. Then wear almost any neck tie or bow tie, and you’re going to look great. Don’t worry about “matching”. Stick to the basics in the foundational wardrobe, and then let your bow tie or necktie pack the punch.’