VR: Your age and occupation?
AP: I’m 59 years old and I’ve spent my entire career in the computer industry. I started out working in the computer center of a British university and moved to the US in 1981 and started working for a computer manufacturer and I’ve spent the majority of my career since then working for several computer companies. For most of my career I’ve been either a software engineer or I’ve managed software engineering teams. 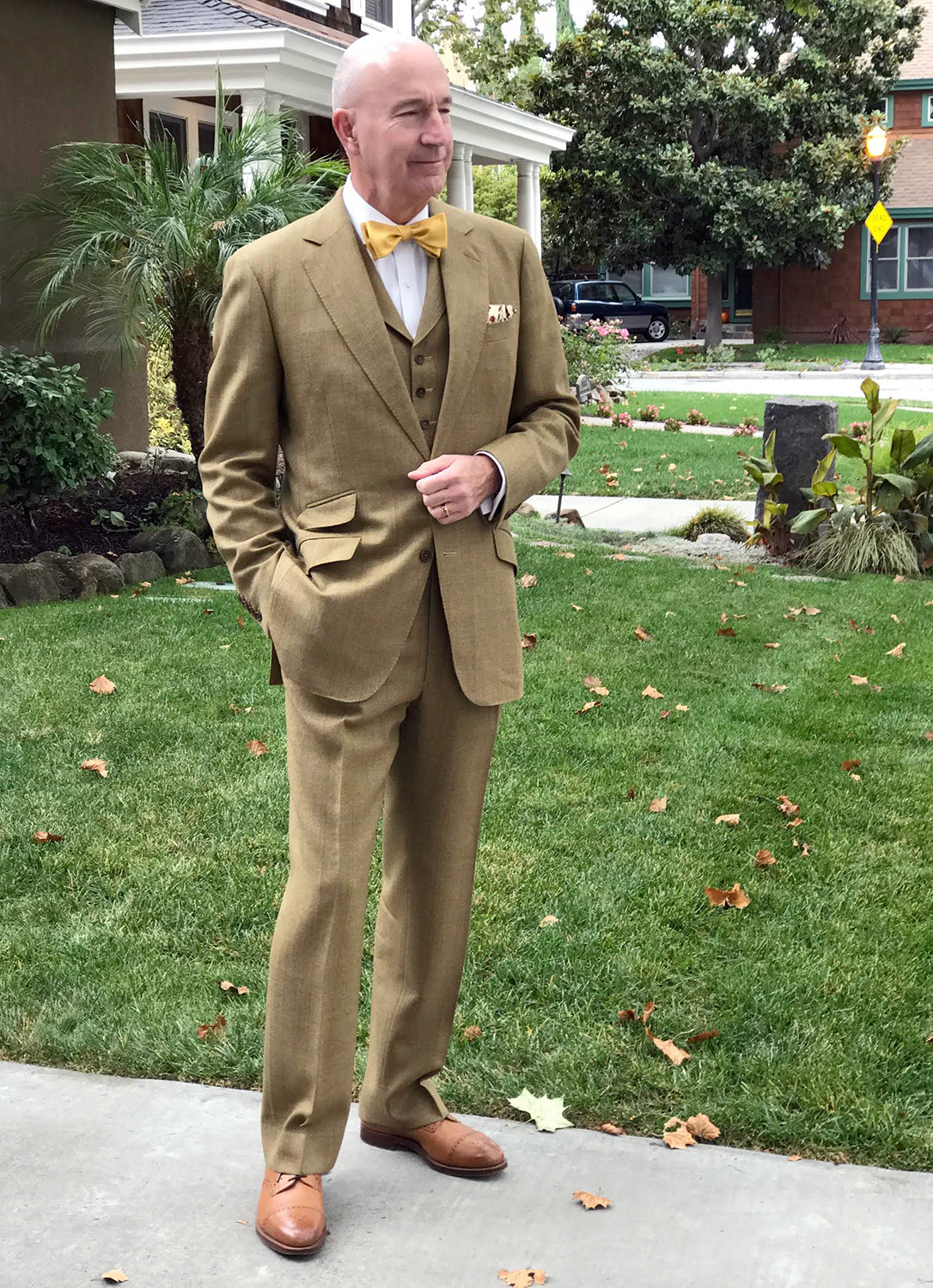 VR: Your educational background?
AP: I have a bachelor’s degree in computer science and physics.

VR: Have you any children or spouse (and how do they relate to your style enthusiasm)?
AP: I have two grown daughters who are largely bemused by my style renaissance. It’s also true to say, however, that my Instagram presence is largely due to their prompting. But when they were young, I did not dress remotely like I do now. They knew me as a father who largely dressed in jeans and polo shirts, a man who wore sneakers most days. So, the father they see now does not look like the father of their memories and I think that is disconcerting for them on some level.

I am very happily married. It is the second marriage for both of us. My wife is a stylish and elegant woman in her own right and it is perhaps because of her that I  started dressing better than I did. Not at her prompting, however. It was more because I wanted to honor her, to try to be someone that she would be proud to be escorted by.

VR: …and your parents and siblings’ reactions back when you were younger?
AP: My mother was also a stylish woman and I think she recognized when I was fairly young that I knew how I wanted to look. She knew that if I wanted a particular look, whatever it might have been, that I was not prepared to compromise. I can look back and recognize now that, within the limits of a family budget, she helped me to express myself in the way that I wanted. She let me experiment. VR: What other hobbies or passions do you have besides apparel?
AP: I am a fairly accomplished photographer, although I don’t shoot as much as I used to. I cook and my wife and I enjoy enjoy wine. We do travel a fair bit, too.

VR: How did you first become interested in style, and when did you turn your eyes towards the classics?
AP: I’ve always been interested in style and fashion, both men’s and women’s. But, as I mentioned above, I’ve lived most of my adult life in jeans and polo shirts. About four years ago, I had to make some changes in my diet and lifestyle to reverse a trend of increasing blood sugar. These changes had a side effect for me of losing around 30 pounds, too, and so I needed a new wardrobe. Over the years, I had accumulated a number of jackets, some of which now fit me better than they had in years. But even the jackets that fit me were rarely worn and I decided I wanted to change that. so I started to wear them, even though I was still wearing jeans and sneaker, for the most part. But over time, I realized I needed better trousers, which led to better shoes, which led to wearing a tie occasionally, which led to bow ties, and so on.

In addition, I had always harbored a desire to have a suit made for me by a Savile Row tailor. But I did not know which tailor to select and I was somewhat daunted at the prospect. But I heard of a tailoring firm called Steed Bespoke Tailors that is part of the Anderson&Sheppard diaspora and that visited San Francisco regularly and I decided to go with them. And it has been a good relationship.

VR: How have you gathered your knowledge of the tailored look — from books, talks with salesmen or somewhere else?
AP: All of the above, I would say. Except, perhaps, salesmen. I would add online resources, too, as a major learning resource for me. I’ve learned a tremendous amount in direct conversations with some of the people that I have met online.

Clearly, menswear has standard texts by Boyer, Flusser, Manton, and others. But there’s no escaping that the internet is and continues to be a tremendous tool for learning and for obtaining items that, without it, one simply would not encounter. An example of that might be the French sock vendor Mes Chaussettes Rouge. I would never have encountered them if were not for their online advertising and for an article I read, online, about the socks that they carry that are used by the Catholic church. I’ve been to the physical store in Paris and I think it’s fair to say it’s not in an area where a typical tourist might wander. So that experience is a direct result of discovery online. 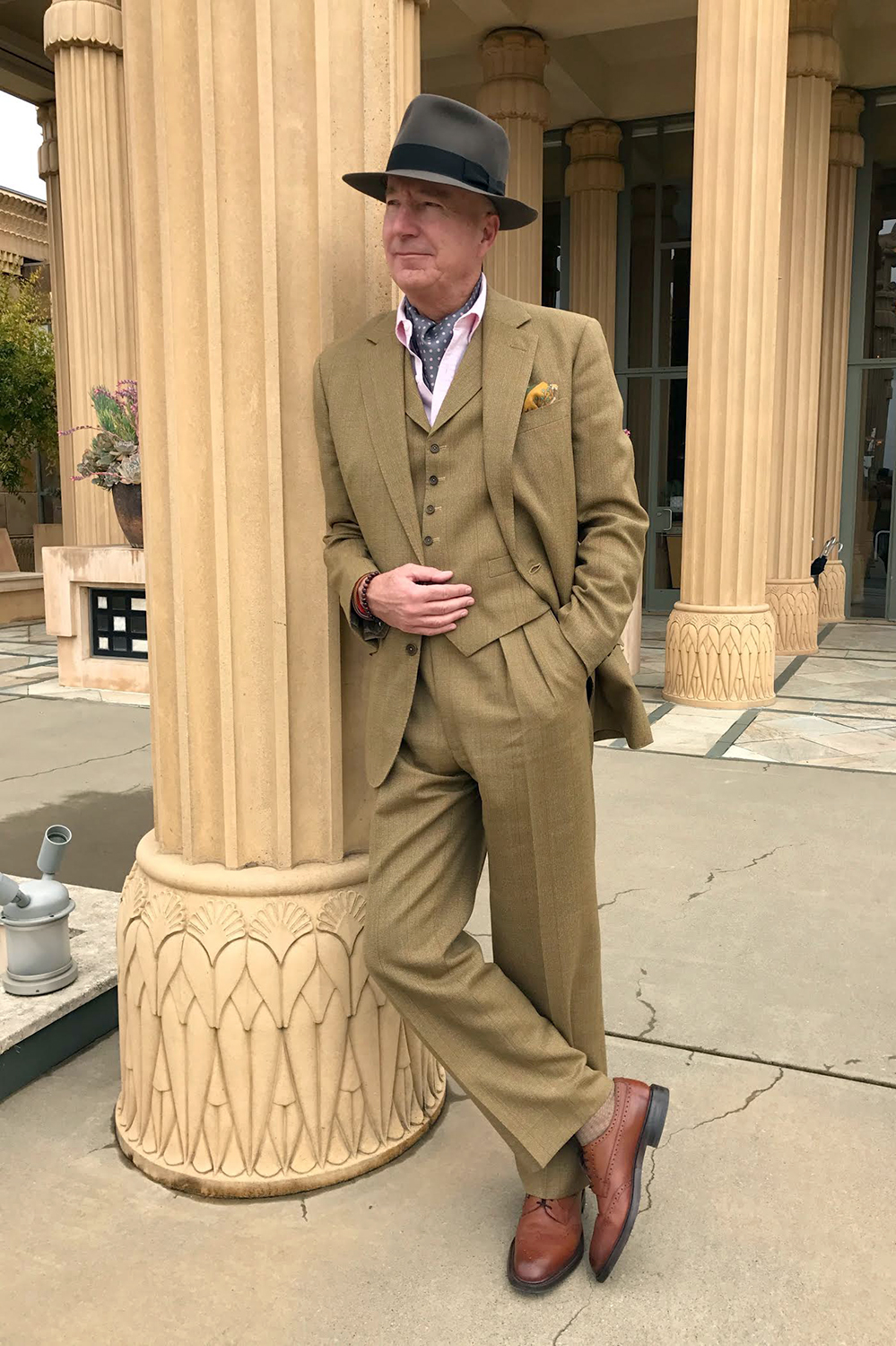 VR: How would you describe your personal style?
AP: To the extent that I have a style, it’s a combination of what I hope is a classic English style and then at times a fairly unrestrained exuberance bordering on dandyism. I love color and I love wearing things that few others would wear. For example, I bought some of the last few meters of an ivory flannel with a navy pindot windowpane from Fox and had it made up into a lovely double-breasted suit. I wear it on warm evenings, or sunny summer days and I love it. People notice it because you almost never see anyone wearing such a thing. But I have a gorgeous lovat green tweed jacket that is classic and conservative and occasionally people notice it because it is so classic and well cut.

VR: Which tailors or RTW makers do you favour and why?
AP: I use Steed, as mentioned earlier and Hemrajani Brothers for my tailored clothing. I have more or less stopped buying ready-to-wear clothing.

VR: Have you any particular style or cut philosophy behind your items?
AP: I like to create a long line. I have my jackets cut longer than is “fashionable” today, and somewhat longer than many people are comfortable with. But it creates the line I’m looking for. I want my clothes to be well cut, to be comfortable, and to look like they were made for me. VR: Who or what inspires you?
AP: My wife inspires me. She empowers me to express myself and to follow my own path. In terms of men’s style, I admire Fred Astaire and Cary Grant. If I could have a sliver of their style and gracefulness I would be a lucky man.

VR: What’s your definition of style?
AP: That’s a tough one. Style is individual. Style is harmony. Style is beauty. Style is being comfortable in your own skin and having confidence in your appearance. I don’t think you can have style without confidence. 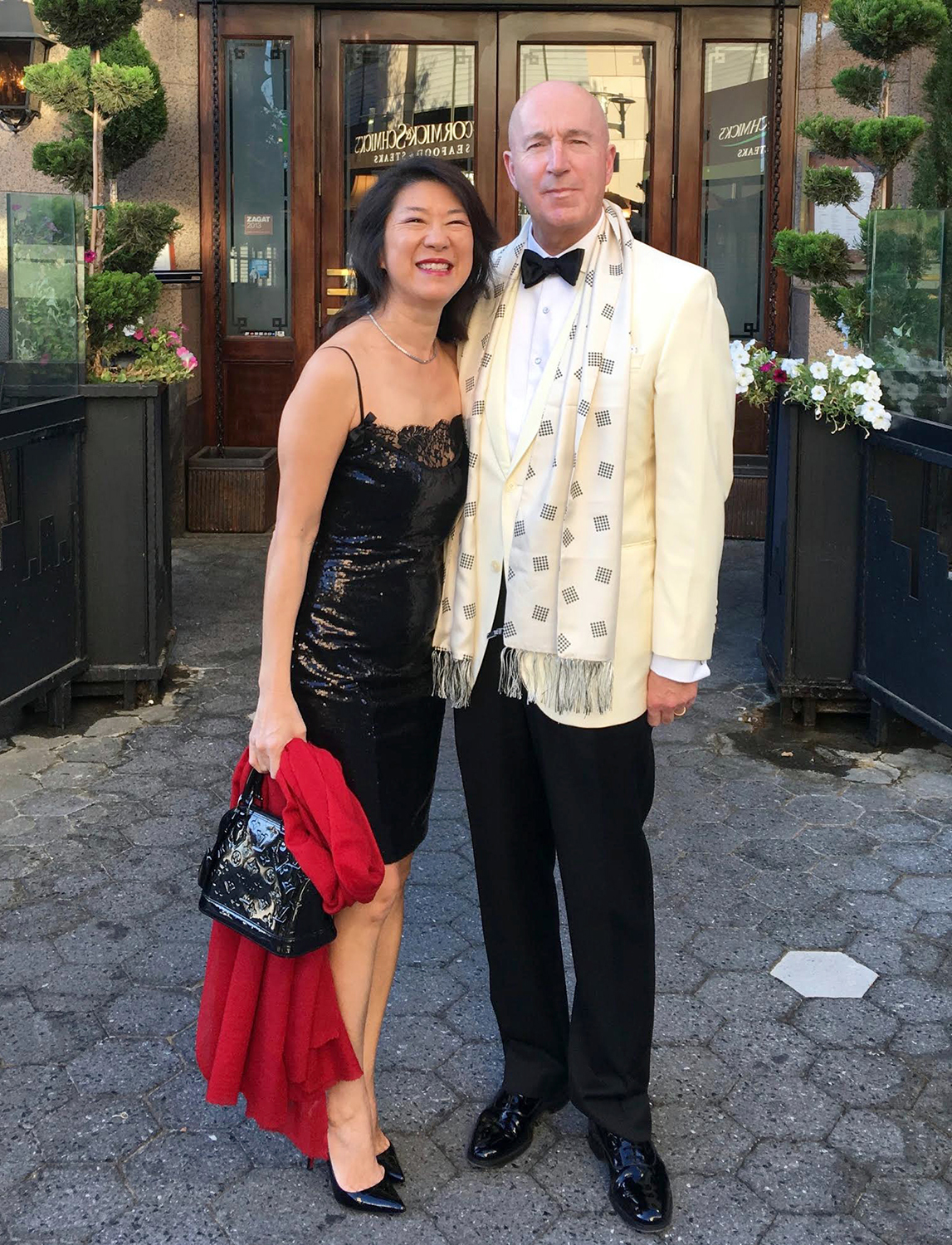 VR: Finally, given your knowledge on the subject, how would you describe the dress of the American IT-crowd?
AP: Extremely casual. In my little corner of the industry, dress is virtually irrelevant. It simply does not matter how you dress. What matters is how you do your job. I accept that I work in an industry that is, even now, somewhat unusual in that regard. But where most of my colleagues interpret that freedom to mean they can dress extremely casually, which I also used to do, I have used it to dress the way I do now, in tailored clothing. Why? Because I want to.