Bookster: Made to Measure Clothing

Bookster is an English company, founded by Michele and Peter King in 2007, dealing with men’s made to measure clothing. Its beginnings go back to the early 2000s when the owners started selling vintage and classic men’s clothing, specialising in tweed. Many times the customers were offered a serving of no-can-do because larger sizes are hard to come by used. Men were thinner and shorter decades ago. Thus the idea of making pieces to order and, as luck would have it, most men asked for tweedy things. 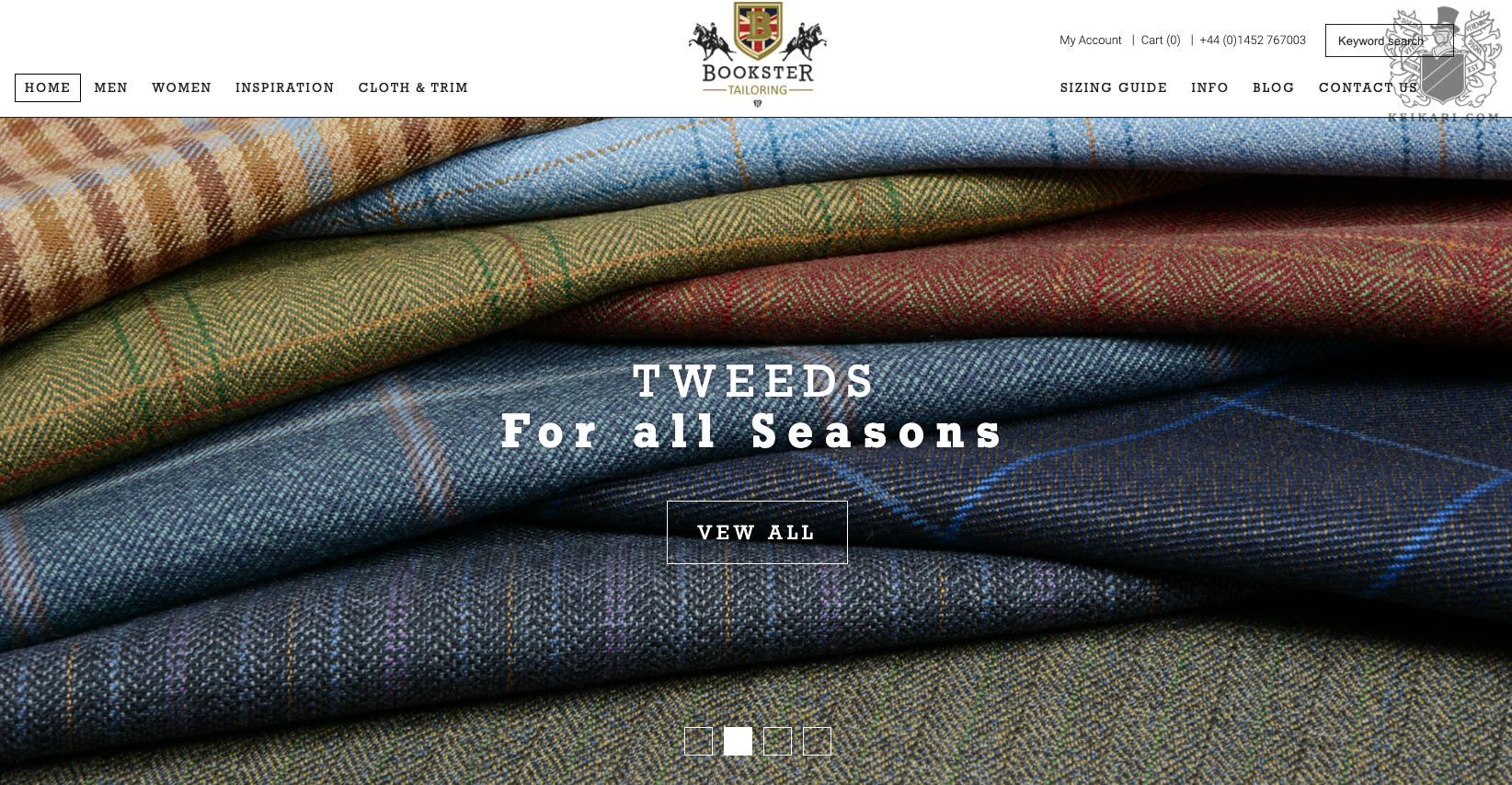 Bookster began as a humble eBay store in 2003, within a few years they got a bit of a reputation online as a tweed and country clothing specialist. In 2007, they set up their online custom tailoring site with a few permanent pieces, such as a hacking jacket, that could be customised with a set of options. Unlike most MTM-companies, Bookster has honed a long-distance process for measuring at home, with assistance through email or by phone when needed. There’s also a showroom in Newent, Gloucestershire, for those who’d like to make a reservation face-to-face. The company was on a hiatus for a year and finally sold in 2013 to Tattersall Tweed Ltd. Today both Kings continue with the updated Bookster.

To date, Bookster’s specialisation is in very British tweeds. The cloth selection is some 350 at the moment, around 60% of these are tweeds. The selection has been widened to suitings and coatings and cottons and such, but nearly all mills are British. Only one is Irish and loden cloth is imported from Austria. The customer can order fabric samples by mail before deciding anything else. The company has its orders made in Europe, in the UK if requested, and offers one of the largest selections for custom details I’ve seen. All jackets and coats feature a half-canvas with usually a strong shoulder structure, with the option for softer constructions by request. There is plenty of info to be read on the site about cloths, measuring, and details before deciding anything so Bookster is not really suitable for hasty chaps — unless they choose some of the set of off-the-peg pieces for men and women. Rather, those with very particular likes and enough time will return. The wait time is some 7 weeks from the order date.

The latest update from Bookster is a stand-alone sales point at Lidholm’s, a classic clothing store in Gothenburg, Sweden. Otherwise there is little info about the company online and few customer photos, so my tip for the reader is to search online for one Nicho Lowry. He is a long-standing Bookster customer and a thoroughly tweedy dresser.