A History of the Norfolk Jacket

Before odd jackets there came the Norfolk jacket. This humble jacket was prototypical sportwear before the age of sportswear, born a bit after the 1850’s for use in the British countryside. Its most important benefactor was Edward VII, at this time known professionally as Prince of Wales, who chose the jacket as part of his leisurewear. Following Edward’s example, his closest friends donned the garment and were, in turn, followed by the gentry in full. The gentry would hunt, shoot and relax in a loose, single-breasted Norfolk jacket which is still set apart most by its box pleats on the front and back. The jacket also has a full- or half-belt made from matching fabric, along with leather buttons, notch lapels and a single vent. A burly option are notch lapels with throat latches. Its name comes from the Duke of Norfolk or from the county of Norfolk in the East of England. Before the advent of technical layers, Norfolks were among the best choices for sports. A decidedly informal model, the Norfolk jacket is usually made from tweed, closed with three or four buttons and features large patch pockets. The jacket was worn with knickerboxers or loose breeches until the 20th century, when odd trousers became the norm. Its popularity soon lead to use in cycling and everyday leisure. Thanks to the rugged box pleats, the jacket allows great trajectory and comfort for the arms while its heavy fabric ensures warmth and protection from the foul British winds and torrents. 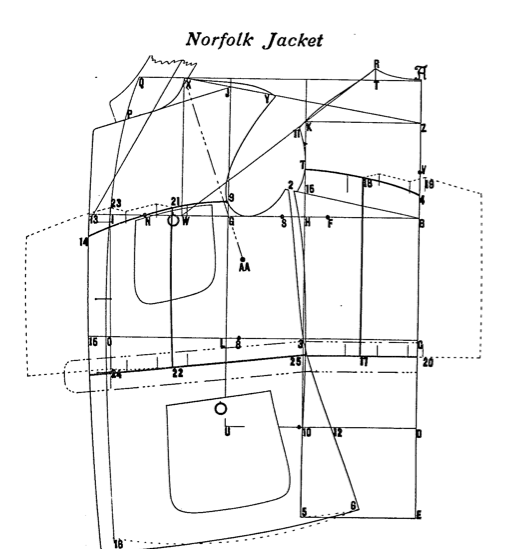 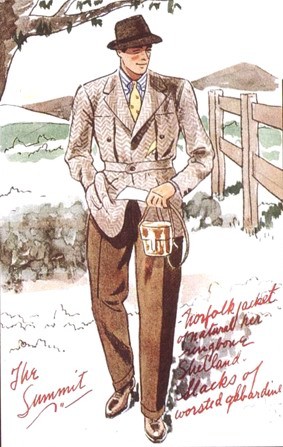 The norfolk jacket is a singular sight today. Its rugged look is most at home in the countryside, yet still carrying an aura of costume. I feel this is mostly due to limited exposure: when not seen often, any item turns odd. Fedoras, top hats and Norfolks all suffer from this phenomenon. Tweed jackets are better suited for citywear and Norfolks should be reserved for rural outings. So as to avoid looking like a man lost in time, this jacket model is best paired with understated, yet complimentary clothing. Moleskin or corduroy trousers, large check shirts, heavy brogues, so on. The adventurous reader could also try jeans, roll-neck jumpers and beanies. 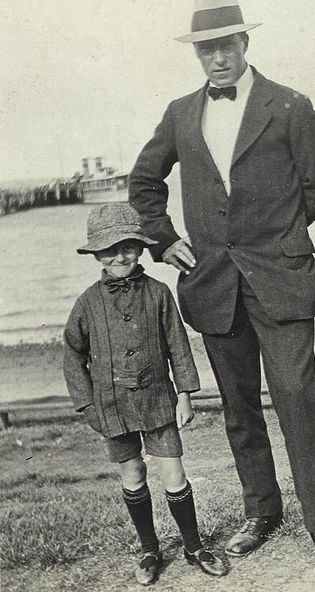 For more history and sartorial discussion, please see this fine thread on the Cutter&Tailor. 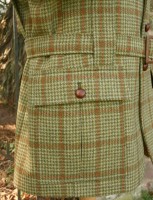 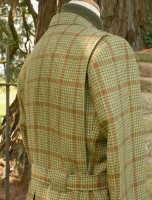